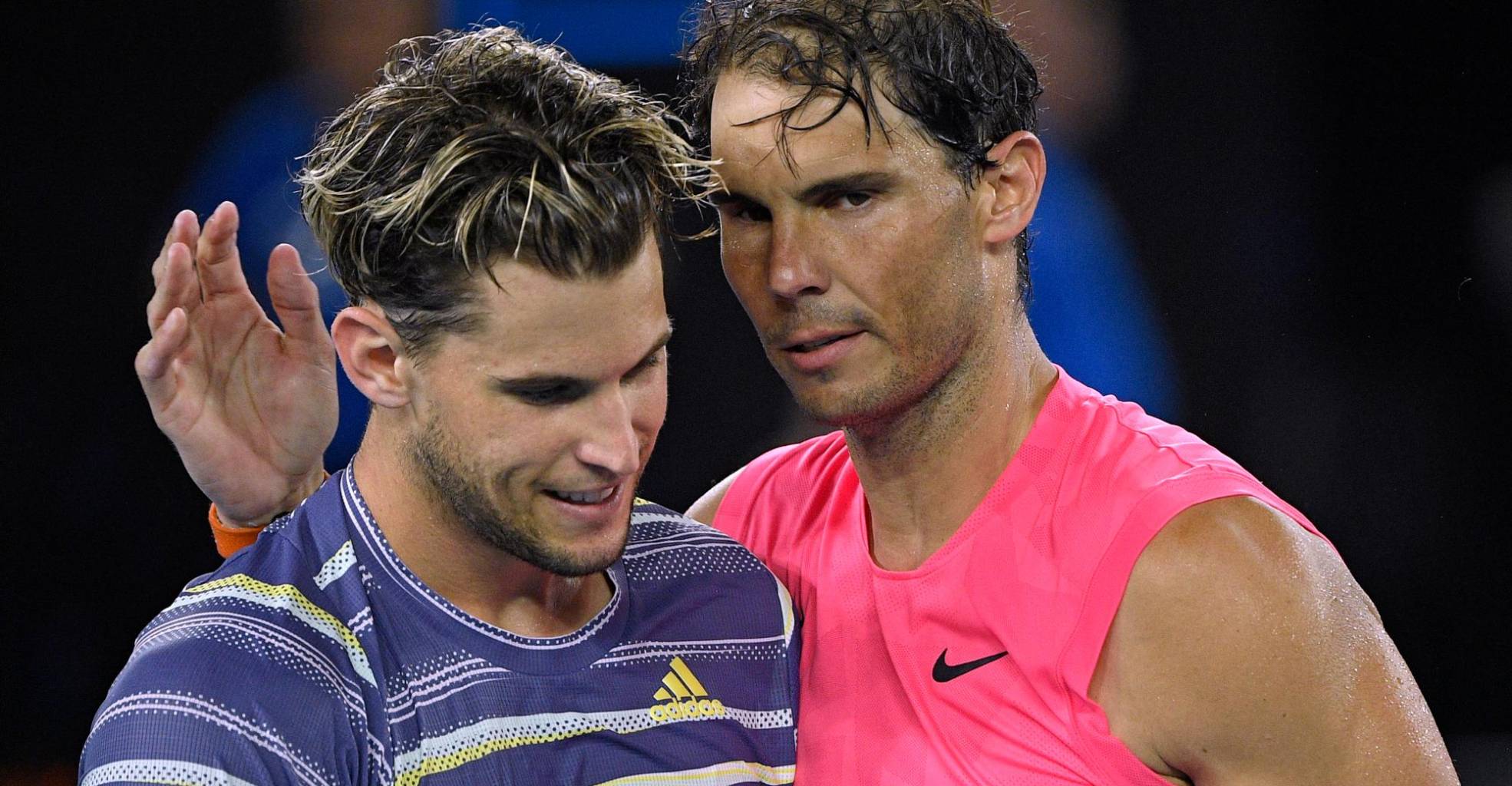 Rafael Nadal said goodbye to the Australian Open in the quarterfinals after falling to a magnificent Dominic Thiem 7-6 (3), 7-6 (4), 4-6 and 7-6 (6), and left the first world position in the hands of the Serbian Novak Djokovic who would become new number one in the case of becoming champion in Melbourne Park.

Nadal once again said goodbye to his less successful Grand Slam, where he has only one crown, after succumbing to the high tennis level proposed by Thiem that soared a set ball to the rest in the first round, as a 2- 4 in the second part.

His defeat, in addition, deprived him of achieving the milestone of becoming the first player in history to get each of the Grand Slam tournaments twice.

The game started at a devilish pace by both players and the long and intense rallies soon took a place in the Rod Laver Arena.

It was the Spaniard who gave the first blow to the rest after turning a blank break to impose the 3-5 in his favor after having achieved only one point with the Austrian service so far.

However, Thiem did not get upset and saved a set ball in the service of Nadal that would help him to realize the 'counter-break' that would lengthen the set to the final tiebreaker.

It would begin again responding to the rest the world number one and, in the same way that happened throughout the set, the 26-year-old turned the situation with two mini-breaks that would end up being decisive for the award of the first part.

The Austrian fell in revolutions after the start of the second set, as a result of the intensity marked in the first, and Nadal soon escaped with a break to establish the 4-2 in his favor.

During that game to serve, Manacor received a warning after running out of time allowed to run the service and discussed verbally with the French chair judge Aurelie Tourte to whom he said. 'You don't like good tennis.'

Thiem, who remained focused on the game, resumed his best version and matched after surprising the Mallorcan service for the second time in the match.

He remained equally unleashed in the second playoff and Thiem rumbled the stage after placing a resounding initial 4-0 that would be enough to also win the second set of the game.

The waters calmed down again and both players distanced themselves from their possibilities by adding to the rest so that the partial redirected, for the third time, the path of the tiebreaker.

However, this time it would have an effect on the scoreboard the break that the Balearic achieved with 5-4 in his favor to grant the public an assault over a thrilling fight.

The fourth set, which would be the final, had an early break from the Austrian who caught a surprise Nadal who just breathed new energy after the achievement of the third set.

He shook his pulse for the first time in the game to the young man of Wiener Neustadt (Austria) and Rafa got a break on the horn to match the set to five equals.

Surprisingly, the Austrian was recomposed a few minutes after the blow received when he was about to close the game and took an exciting tiebreaker by 8-6 after more than four hours of effort

After its elimination, the Balearic will not be able to match the Swiss Roger Federer with twenty Grand Slam titles, which will play the semifinals against Serbian Novak Djokovic on Thursday.