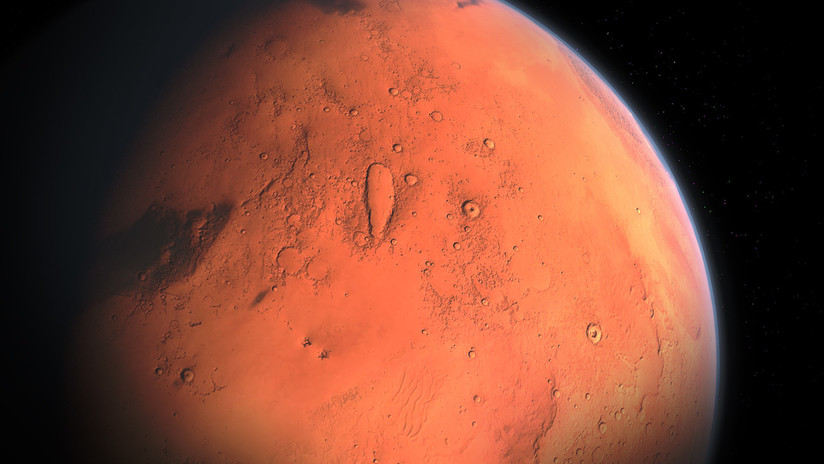 The information was collected by the Curiosity rover and so far it could not be explained by the specialists.

"The first time we saw it, it was surprising," said Sushil Atreya, a professor of climate and space science at the University of Michigan (USA). The results they evaluated confirmed that the atmosphere of Mars is composed of 95% carbon dioxide, 2.6% molecular nitrogen, 1.9% argon, 0.16% molecular oxygen and 0.06% monoxide carbon These molecules mix and circulate according to changes in air pressure during the year.

The variations are due to the freezing of carbon dioxide on the poles during winter, which causes a decrease in air pressure. Instead, when it evaporates in spring and summer, the pressure increases.

Within that framework, the researchers discovered that both nitrogen and argon behave predictably during the year, as they increase and decrease in relation to the amount of carbon dioxide.

However, oxygen does not respect the same patterns, since its quantity is increased during spring and summer to 30% and recedes during the fall, which implies that something produces it and then withdraws it.

The scientists were surprised at this situation, so they began to look for a valid explanation. First they checked that the Curiosity instruments worked correctly. Then they outlined some possible responses, such as carbon dioxide or water molecules releasing oxygen, but discarded that hypothesis because it would take five times as much water to complete the process, while the decomposition of carbon dioxide is too slow as to produce it in such a short time.

Another possibility was that solar radiation contributed to a decrease in oxygen through the breakdown of molecules. However, this was also ruled out, since such a process would require at least 10 years.

"We are struggling to explain it," said Melissa Trainer, a planetary scientist at NASA's Goddard Space Flight Center in Greenbelt, Maryland, who added that "the fact that oxygen behavior is not perfectly repeatable at each station" makes them think that "it is not a problem that has to do with atmospheric dynamics". "It has to be a chemical source and a sink that we still can't explain," he said.

For this reason, the researchers began comparing the variations of methane gas with those of oxygen. "We are beginning to see this tempting correlation between methane and oxygen for a good part of the year on Mars. I think there is something about that. I just don't have the answers yet. No one has them," Atreya concluded. Therefore, new measurements will be necessary to try to answer all these questions.