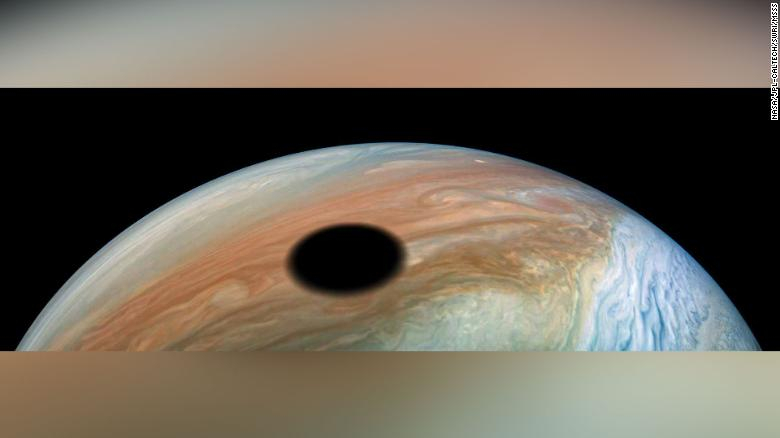 What is that black spot that NASA discovered in Jupiter?

(WAB NEWS) – A NASA space mission discovered a large black spot in Jupiter. But it is not what you think.

Could it be a phenomenon hitherto unknown or the attempt to make a joke on scientists?

Neither, according to NASA.

It is the shadow of a moon.

The shadow is from Jupiter's moon with volcanic activity, which eclipses the sun, just as our moon on Earth does. NASA said the territory covered 3,500 kilometers, approximately the distance between New York and Las Vegas.

Jupiter, the largest planet in the Milky Way, has several moons that frequently eclipse the sun due to the size of the planet and the fact that it is not "very inclined" compared to its orbit, according to NASA.

The photo was taken by NASA's Juno spacecraft, powered by solar energy, on September 11. The spacecraft has been in use since 2011.