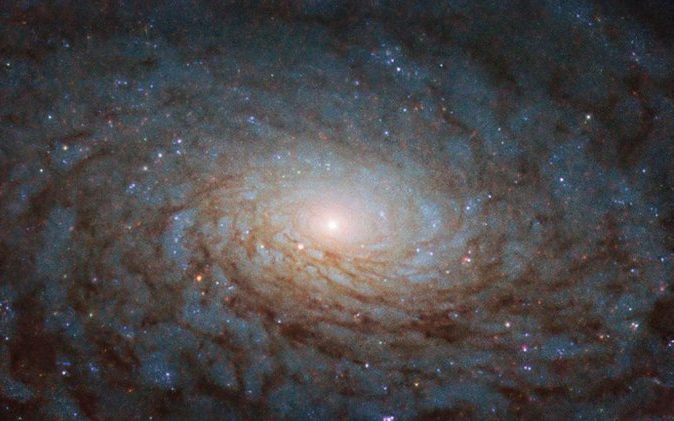 NASA has published on Friday on its website a spectacular photograph of the NGC 4380 galaxy captured by the Hubble space telescope.

"It looks like a special effect taken directly from a science fiction or fantasy movie turning like an open portal to another dimension," the American agency describes it, clarifying, however, that this type of galaxy is quite common in the universe.

The agency indicates that this type of "colossal collections of stars," which are sometimes counted by billions, are in the form of a "flat disk." It also states that "its elegant spiral arms (…) revolve around the bulging nucleus", which shines brightly and has the highest concentration of stars in the galaxy in question.

This Wednesday, Hubble was able to capture the first confirmed interstellar comet, offering astronomers the clearest photograph ever made of this mysterious object named 2I / Borisov.

#HubbleFriday Galaxy NGC 4380 looks like a special effect straight out of a science fiction or fantasy film, swirling like a gaping portal to another dimension. In the grand scheme of things, though, the galaxy is actually quite ordinary: https://t.co/6m2snLkldY pic.twitter.com/dIUm0NydnL