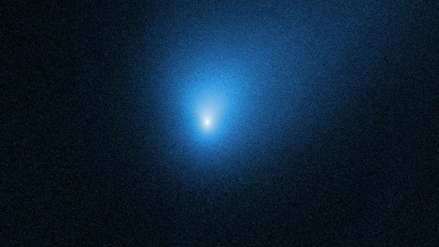 NASA has confirmed that its Hubble telescope has first captured an interstellar comet, becoming the second object that reaches beyond our Solar System.

This is Borisov, which was captured on October 12. Hubble images show the concentration of dust around the comet.

"Borisov seems active, like a normal comet," explained David Jewitt of the University of California.

The comet follows a hyperbolic path around the Sun and has an impressive speed of 110 thousand miles per hour (177 thousand kilometers per hour).

Borisov is still far away to have a clearer picture (260 million miles from Earth), so new observations are already planned for January 2020.

"Oumuamua" was discovered two years ago after passing 24 million miles from the Sun to get out of the Solar System again.