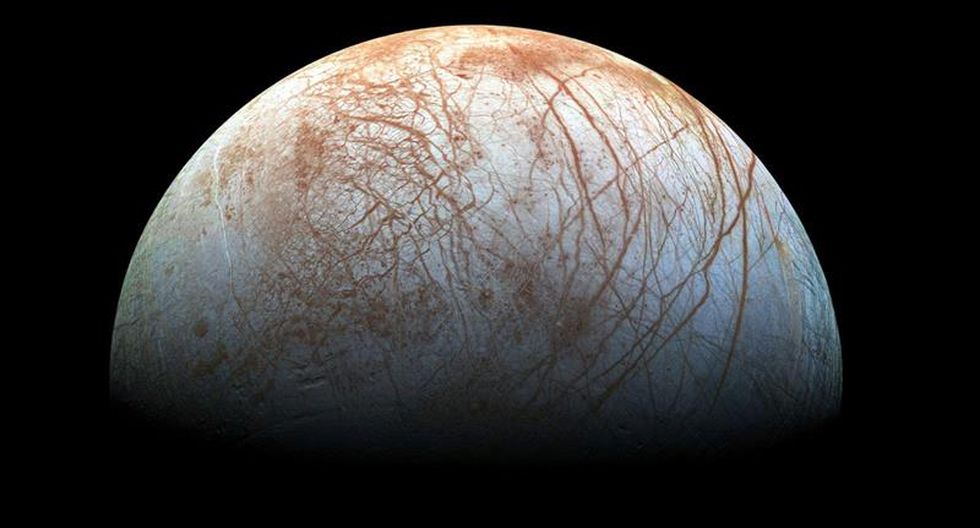 For 40 years, Europe, one of the 79 moons of Jupiter, has attracted the attention of astronomers for its special characteristics that would make it life-friendly. Space missions in the Solar System have provided enough information to make this space body one of the priority research objectives in the search for life.

While scientists believe that this icy moon has liquid water below its surface, there was no direct confirmation of the presence of water molecules in Europe. Now an international research team, led by NASA's Goddard Space Flight Center, has managed to detect water vapor on the surface of Europe for the first time, which gives strong indications that there are oceans of liquid water beneath its surface .

“Essential chemical elements (carbon, hydrogen, oxygen, nitrogen, phosphorus and sulfur) and energy sources, two of the three requirements for life, are found throughout the Solar System. But the third, liquid water, is somewhat difficult to find beyond Earth, ”says Lucas Paganini, a NASA planetary scientist who led the investigation, in a statement.

"While scientists have not yet detected liquid water directly, we have found the following best option: water in the form of steam," he says.

Paganini and his team detail in a study published in the journal Nature Astronomy that they detected the release of 2,360 kilograms per second in Europe, enough to fill an Olympic pool in question a few minutes.

In addition, the researchers discovered that water appears infrequently, at least in quantities large enough to detect it from Earth.

"For me, the interesting thing about this work is not only the first direct detection of water on Europe, but also the lack of it within the limits of our detection method," says Paganini.

Other scientists believe that the source of water on the surface of Europe could be shallow deposits of melted water ice or that Jupiter's strong radiation field is removing water particles from Europe's ice sheet, although this second option is weakens with the new study, details the researcher.

In order to detect the water vapor columns, the researchers observed the satellite from the WM Keck Observatory in Hawaii for long periods and identified columns only once during 17 nights of observations between 2016 and 2017.

For this they used a spectrograph at the Keck Observatory that measures the chemical composition of planetary atmospheres through the infrared light they emit or absorb. Molecules such as water emit specific frequencies of infrared light as they interact with solar radiation.

Direct detection of water vapor is the last step in the series of research in Europe. The first important discovery was made by NASA's Galileo spacecraft, which measured disturbances in Jupiter's magnetic field near Europe while orbiting the giant gas planet between 1995 and 2003. The measurements suggested to scientists that the conductive fluid of the Electricity, probably a salty ocean beneath Europe's ice sheet, was causing magnetic disturbances.

"This first direct identification of water vapor in Europe is a critical confirmation of our original detections of atomic species, and highlights the apparent shortage of large columns in this icy world," says Lorenz Roth, astronomer and physicist at the KTH Royal Institute of Technology in Stockholm, who led the Hubble 2013 study and co-authored this recent research.

But the detection of water vapor is special because it is the strongest evidence of the existence of oceans in Europe and could not be done before because the spacecraft did not have the ability to perform such a complex detection, the authors say.