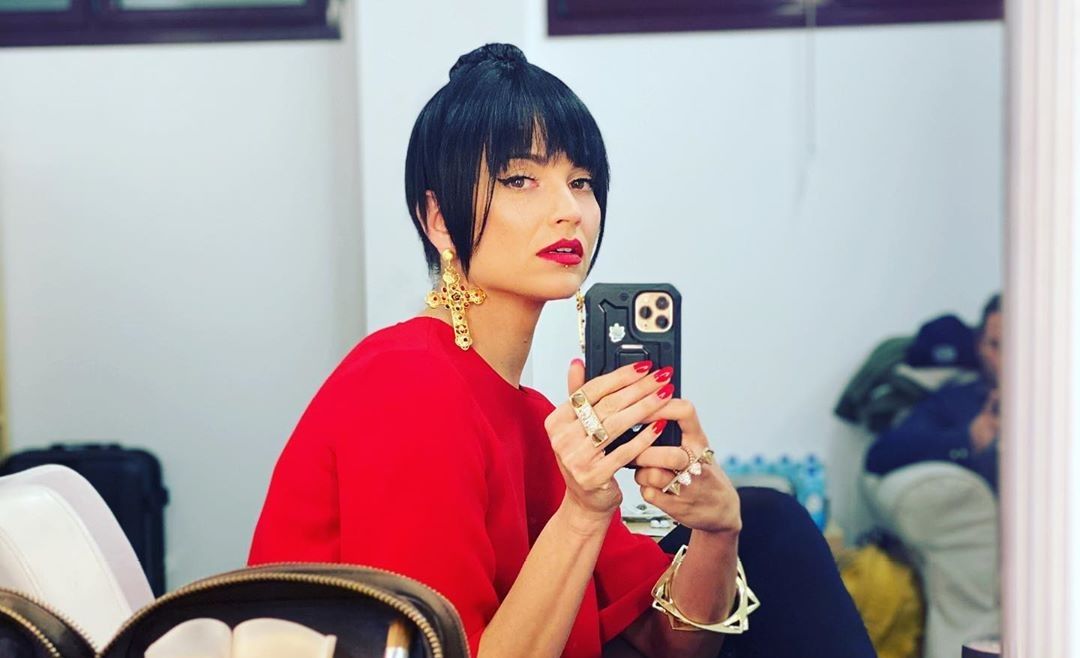 ‘OT 2020’ is proving to be one of the most controversial editions in the history of the talent show of La 1. In addition to the problems between participants, the jury is also giving talk, especially Natalia Jiménez. Their ratings have not been well received among fans, who have asked for his expulsion, but the one who was the leader of the Fifth Station has not hesitated to respond to his haters. After finishing the fourth gala of the program, issued last Sunday, February 9 Jiménez posted several stories on Instagram in which he answered his critics in a blunt manner. Although later deleted the controversial videos some users rescued them and posted them on Twitter. “Hello everyone who loves me and hello also to all those who hate me, especially one who has told me that I am a spawn of evil. I send a very strong kiss to her and her mother, ”said the Madrid singer. “What a fuck they tell me that I am a spawn of evil. Do you think that I am a spawn of evil? Right now you will see that I am a skeleton of evil, “he said.” I know they tell me to return to Mexico, do not worry, because it is my house, “said the singer, just before making an obscene gesture. Subsequently he shared another short video in which he encouraged viewers to read his lips while saying “he peels, he peels.” This message did not like the fans of ‘Operation Triumph’, which they charged against the protagonist even asking for his dismissal. I just saw the stories of Natalia (jury) and what a shame, it is clear to me that maturity is not a matter of age. # OTDirecto10F– Isa 🌛🔇 (@flordelirioo) February 10, 2020 I do not know if Natalia deserves to be on the jury, what I do know after seeing her career outside of him with stories and comments, is that it is not up to par. @OT_Oficial take notes. This girl is portrayed alone, what a disappointment with what I liked. # OTDirecto10F– The answer … 🌟🔥 (@cremalanit) February 10, 2020 HORROR is your role as a jury dear Natalia, less erase the stories you upload and more to see and follow the program to judge judiciously and not to say the nonsense you say pretty xq as a jury you are leaving much to be desired dear! # OTDirecto10F

– DANI (@GOpookeGO) February 10, 2020 The origin of the conflict was Natalia’s assessment of Anne and Anaju. Of the first, he stressed that he had not made a falsetto in Chris Wicked Game ’by Chris Isaak. “It’s something that has to happen and you didn’t do it,” he said. But the worst part was taken by his partner, who sang “Eternal Love” by Rocío Dúrcal. “It is a huge song and the interpretation has become very small for me,” he said before offering an example of what she considered a correct version. However, Noemí Galera came out in defense of the participants. “In Anaju’s case indeed It is a very difficult song but I want to remember that here we are not doing ‘Your face sounds to me’, we make versions and we adapt to the voices that we have, ”said the director, who also admitted that the young woman had played.“ Anne, we never asked you for a falsetto, that’s why you haven’t done it, ”said Noemi, who said he liked his performance a lot. Read more Jiménez was not the only juror who had problems. In the third gala Javier Portuguese, Portu , compared Samantha with Lorena, winner of ‘OT 2006’, since both had interpreted ‘Maniac’ on the set of the format.The judge told the contestant that the winner did it ‘with more claw, co n more intensity, better singing, “words for which Samantha apologized in the next installment.” I made a mistake and was to value you by comparing yourself to another contestant of this program, so I apologize, “he said. “We have a difficult job here, believe us,” he added, admitting that it had been a blunder but clarifying that “nobody has a mania for anyone, nobody has anyone on track.” He also apologized via Twitter, provoking reactions from other ‘hits’ like Beth Rodergas (‘OT2’). Apologizing is brave. I personally thought it was ugly to compare. It is also true that in that same program, jurors have said much more wild barbarities and humiliations and I have never heard them apologize. https://t.co/ozP2OrJyPg— Beth Rodergas (@bethrodergas) February 4, 2020 More stories that may interest you: