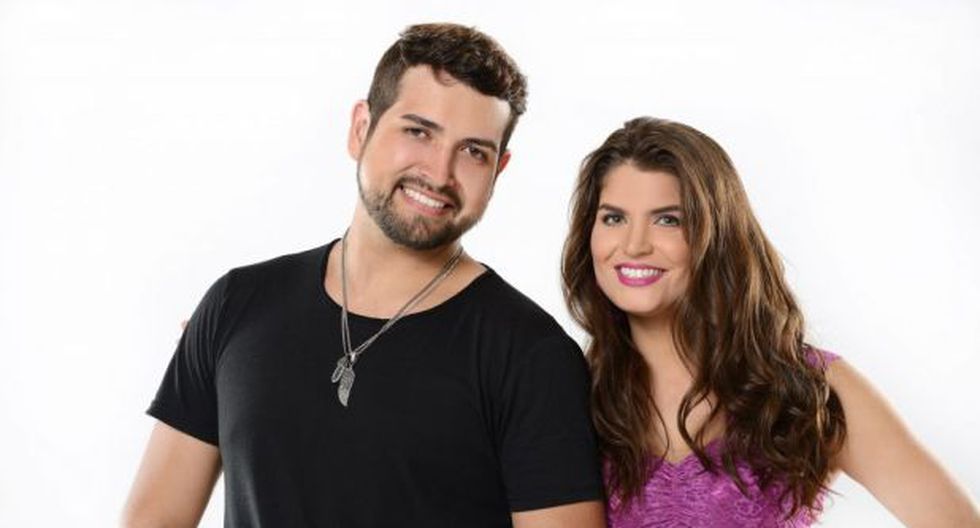 After neglecting his insecurities, Nataniel Sánchez debuted on the music scene alongside singer Daniel de Guevara with “You and I,” a romantic ballad that describes the great connection between his protagonists in real life. “With Daniel I don't need to talk , we understand each other more by looking at each other, "says the actress.

Sánchez and De Guevara met on the stage of “Mamma Mía”, staging produced by Los Productores. Daniel was a vocal director and Nataniel from the acting cast. The friendship arose immediately.

“We met in a musical, where she acted and I played coach. I proposed to record a song together because she is super talented and has a good ear. I taught him ‘You and I’ and he started our adventure with music, ”says Daniel.

“Through‘ Mamma Mía ’I discovered that I could develop that artistic side. I went to singing lessons and decided to launch thanks to Daniel's support. I know that I am missing a lot and that the technique is important, but I am enjoying it and the connection we have is impressive, "adds Nataniel.

Nataniel Sánchez and Daniel de Guevara in an interview with El Comercio.

– Is the lyrics inspired by the relationship that unites them?

DANIEL: The subject I wanted to do with Nataniel was another, but after showing 'You and I' to my producer we decided together that this was the one to sing with her because she speaks a special connection with a person you value, which is what we have

NATANIEL: I love the lyrics because I can listen to it from a child to an adult, something I always look for in what I do.

-Nataniel, "You and I" marks the beginning of a musical career?

I want to continue improving as a singer because I want to be a complete artist, but it is not the beginning of a musical career because music has always been in my life. It is true that Daniel has given me the opportunity to get closer to her because she helped me to believe that I could do it.

DANIEL: And she helped me in the graphic, visual part. He was responsible for polishing and directing the video we recorded together.

-And that great connection they have is just amical?

NATANIEL: We are friends, we break that idea that you can only have a beautiful connection with the couple. Yes there can be a true friendship between a man and a woman. When I say goodbye to Daniel, I say "I love you" because it's something I feel. And so I say goodbye to all my friends because I want them to know.

– Do you plan to record another song together?

NATANIEL: I still don't know, Daniel does have a plan in his career, he will continue composing songs, but we'll see what happens with me later, now I must return to Spain to continue my studies.