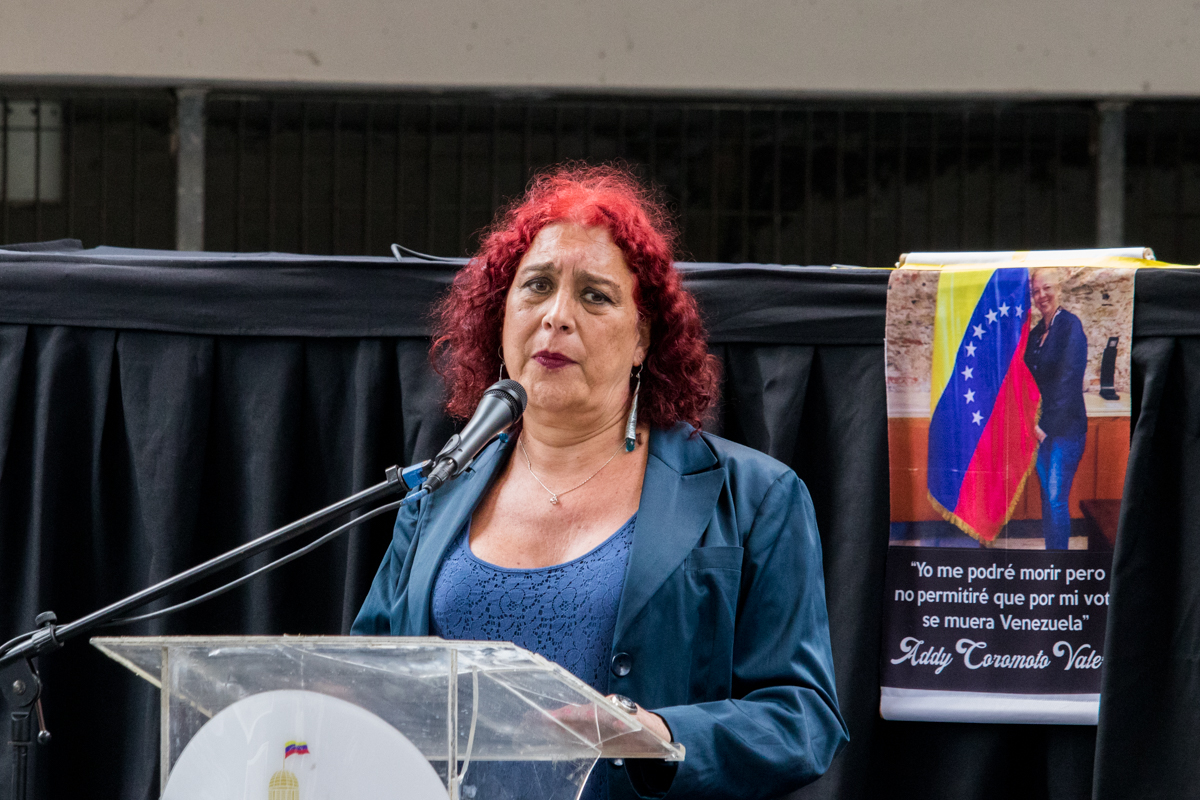 Through a subcommission led by Deputy Manuela Bolívar, the National Assembly (AN) will investigate the increase in femicide cases in the country during 2020.

This investigation will be carried out after the figures published by non-governmental organizations and the media that assure that only until January 25, at least 26 women were victims of femicides.

Deputy Tamara Adrián began the debate that took place on the afternoon of this January 28, in the Los Palos Grandes square, east of Caracas, because the seat of the Federal Legislative Palace is taken by the security forces of the ruling Chavism .

Adrián said parliamentarians are concerned about the increase in the deaths of women who derive from machismo. "Machismo kills and murders and we are concerned that last year there were about 167 deaths of women at the hands of their husbands, partners or because of a prejudice towards women," he said to lawmakers.

For her part, Deputy Nora Bracho warned that if the numbers of murdered women continue to grow at least 300 could be victims of this crime at the end of the year. The parliamentarian described as a pandemic the wave of femicides that have been recorded so far in January.

Kislinger after femicide: Impunity makes people believe that nothing will happen to kill a woman

“Cruelly men feel that (women) are their property and make use of their lives. The murdered women cannot be statistics or a cold figure. All these cases have been reviewed by the media, but we assume that there are more that do not fit into these statistics, ”said Br acho.

In her speech, the legislator named each of the women killed and said that most of these cases go unpunished. He claimed that in the country it is a prejudice to speak of feminicide and femicide.

"How are you going to walk with these men, how you dress provocatively, how you go out at night, what you will have done, you had it deserved, in a husband and wife fight nobody gets in," Bracho listed some of the most common prejudices when talking about gender violence. "These phrases kill," he said.

According to Bracho, in the country there are four causes for the existence of femicides in Venezuela. One of them is the cultural one, since many people support macho behaviors. Second, the legislator says that this is also a humanitarian problem, because the complex humanitarian emergency that Venezuela is going through affects women more.

Thirdly, he indicated that it is a “very serious” economic problem because the crisis of many households generates vicious circles. Also in this line added to early pregnancy. How fourth element the parliamentarian affirmed that it is an undoubtedly political problem. "The State must develop policies to reduce the gaps in poverty, crime and reduce gender gaps in our nation."

The legislator for the state Zulia disqualified the work of the Ministry for Women, since in her opinion this office does not meet the needs of Venezuelan women. He denounced that there are no shelter houses in the country to receive women victims of gender violence.

"This usurping regime that calls itself feminist, all it has done is use Venezuelan women as a napkin that is used and thrown away, that is the face of the regime," he said.

Also, the deputy Liz Carolina Jaramillo accused the government of Nicolás Maduro, of being the victimizer of all femicides in the country. "There is 98% impunity in all cases of femicides."

Jaramillo called the Ministry of Women as an "empty shell" that has not served to generate policies. "He has been complicit in the economic vulnerability that women suffer," he said.

The parliamentarian added that the subcommission of women of the Venezuelan Parliament will create or retake the law for trafficking in women and people.