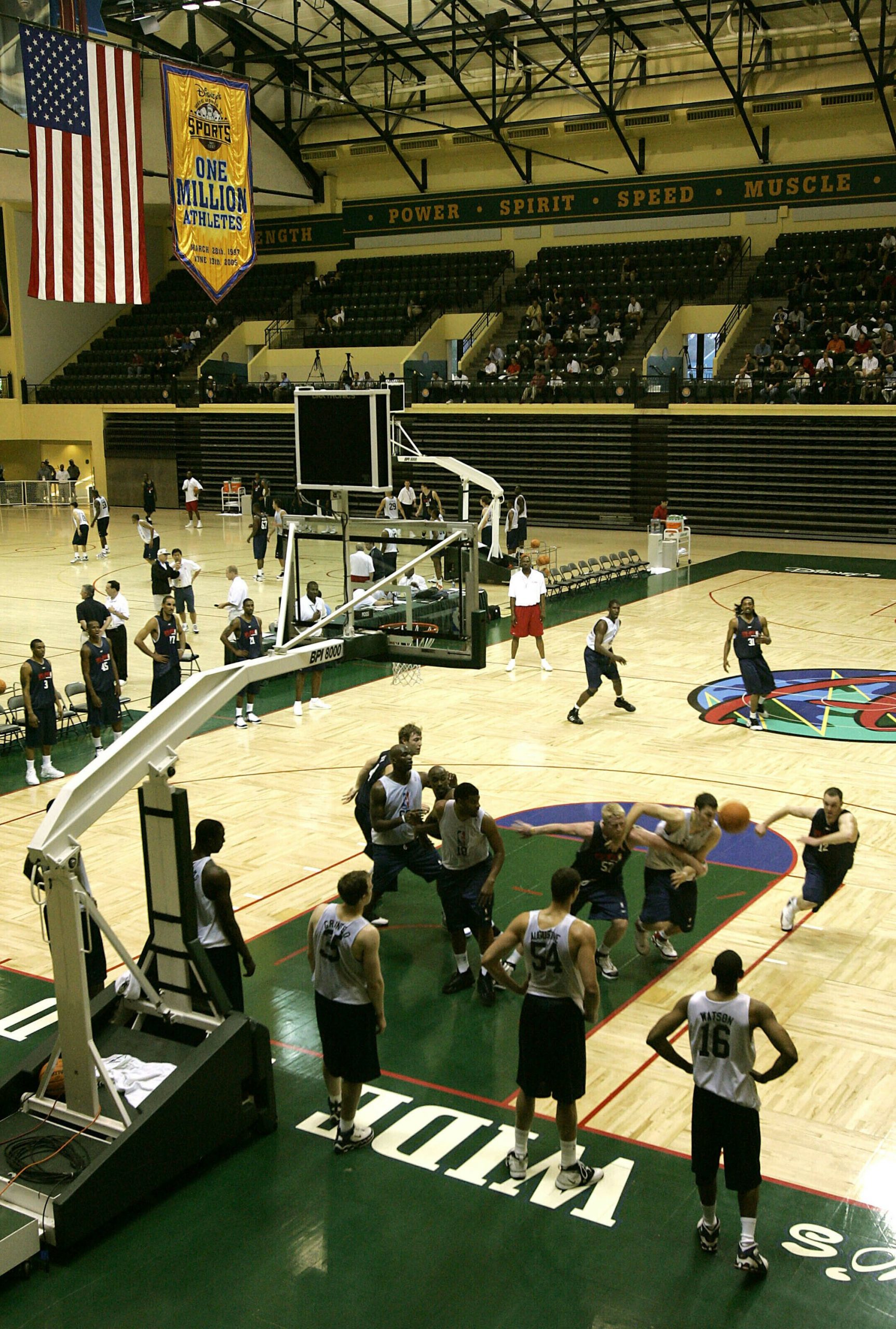 In a June 6, 2006 file photo, photo of college players during pre-draft training at Disney’s Wide World Sports complex in Orlando, Florida. On Wednesday, July 1, 2020, coaches and players do not believe that the 2020 champion deserves to have an asterisk next to his title and they assure that this will be the most difficult title to achieve, if there is a champion. (AP Photo / John Raoux, File)

In a June 6, 2006 file photo, photo of college players during pre-draft training at Disney’s Wide World Sports complex in Orlando, Florida. On Wednesday, July 1, 2020, coaches and players do not believe that the 2020 champion deserves to have an asterisk next to his title and they assure that this will be the most difficult title to achieve, if there is a champion. (AP Photo / John Raoux, File)

The NBA champion in the 2020 season – if it is possible to crown one – will be the final winner in a campaign that will have taken more than a year to play from start to finish.

A campaign that included in its anteroom an episode of political tension between the NBA and China. Later, she mourned for the deaths of David Stern and Kobe Bryant, she was influenced by the problems of racial inequality in the country and, last but not least, she was interrupted by a pandemic.

So will an asterisk have to be placed next to the champion’s name? Of course not.

For NBA teams this championship could be the most difficult they have ever achieved. It will come after three months of practically living in a bubble at the Disney complex near Orlando, Florida.

The entire postseason will be held without an audience in the stands. Most players will spend all that time away from family and friends.

And only one of the 22 teams heading to Disney will be able to claim that all the trouble was worth it.

“I’ve heard a lot of people say that there will be something like an asterisk next to the champion’s name,” said Milwaukee center and current MVP Giannis Antetokounmpo. “I feel like at the end of the day this will be the most difficult championship you could win because the circumstances are extremely difficult right now. Then whoever wants it most can go out and take it. ”

The Greek star is not the only one with this feeling about the legitimacy of the next champion.

Most of the 22 teams heading to the Disney campus next week – the first are scheduled to arrive on July 7 – dedicated Wednesday to starting the third phase of the restart process. Workouts remain individual but mandatory. No team can practice collectively until they reach Orlando.

The teams will not be together again until they are in central Florida.

There are certain aspects of the restart that will not be easy for anyone involved, such as isolation from the outside world, daily tests, and the highly strict rules the NBA imposed after consulting with health officials.

Denver coach Michael Malone said this will prove who has the mettle of champion.

“If you are able to reach a bubble, be isolated from your friends and family, have no home advantage, recover from the interruption for four months of the season and you can spend 90 days and come out as champion, I think it will be the most difficult to win, ”said Malone.

Some might think otherwise, but San Antonio, champion in 1999 after a 50-game regular season and Miami, champion after 66 regular-season games – both shortened by a labor dispute with the league – do not formally come with an asterisk right at their Name.

No one will be given the season.

Los Angeles Clippers coach Doc Rivers spoke of a recent conversation he had with NBA Commissioner Adam Silver, who said the team that wins the title deserves more than just an asterisk.

“He said the team that wins deserves a gold star, not an asterisk,” Rivers said. “If you think about the mental difficulty it will take, it will all be about talent. It will try to get the teams to recover and play together. There will be many situations that will come to us and we do not know yet. It will be a challenge of mental strength ”.