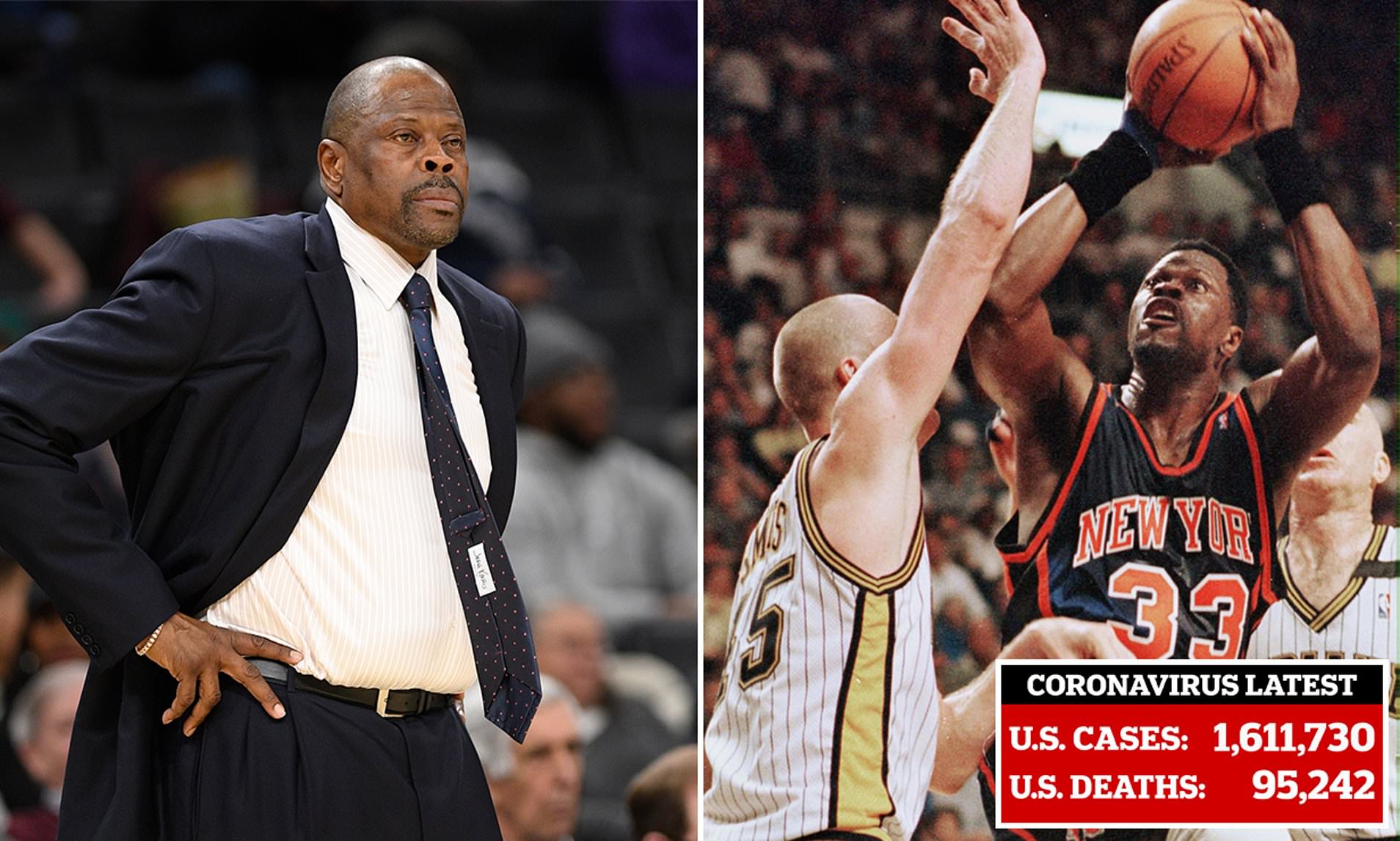 Georgetown University announced Friday that the former NBA Star and New York Knicks basketball player was admitted to a hospital in Washington DC Friday night May 22 and is currently in isolation.

At the moment, they clarified, he is the only member of the Georgetown men’s basketball program to have tested positive for the virus.

Ewing released a statement saying the virus is ‘serious’, but insists ‘he will be fine’

“I want to share that I have tested positive for COVID-19. This virus is serious and should not be taken lightly,” Ewing wrote on his Twitter account

Ewing is the current coach of the Georgetown University team.

“I want to encourage everyone to stay safe and take care of yourselves and your loved ones. Now more than ever, I want to thank the health care workers and everyone on the front lines. I’ll be fine, and we will all get through this.”

The New York Knicks legend is 57 years old and currently a coach at Georgetown University.

Ewing, is one of the NBA legends alive today.

He was born in Jamaica, became an American citizen, and was for more than a decade the great figure of the Knicks.

He also joined the so-called “Dream Team”, the US team in 1992 that won the gold medal at the 1992 B arcelona Olympics.

Following his famed NBA playing career, Ewing took over as Georgetown’s head coach in 2017 after spending 15 years as an assistant coach for four NBA franchises.

In recent weeks, his name came back to prominence because he appears in several archive images of “The last dance”, the documentary that covers the career of Michael Jordan and the six titles he won with the Chicago Bulls.

“I was a direct viewer of the “Chicago Bulls” dominance, and now they have a documentary to continue rubbing it on my face. I see a little, but then I take it off and start doing other things. I already lived that. I don’t need to see it again. I know Michael was great, “said Ewing on The Dan Patrick Show.

Arguably Ewing the best player in Georgetown history, Ewing led the Hoyas to their only national championship in 1984 and won the Naismith College Player of the Year award in 1985.

He earned first-team All-American honors in three consecutive years from 1983 to ’85.

Ewing was an 11-time NBA All-Star with the New York Knicks, averaging 22.8 points, 10.4 rebounds and 2.7 blocks during his 15-year career with the Knicks, Seattle SuperSonics and Orlando Magic.

He was inducted into the Naismith Memorial Basketball Hall of Fame in 2008.

Following the news of him testing positive to coronavirus Ewing has Received many messages of support.

Charles Oakley, who played with Ewing for the Knicks between 1988 and 1998, wrote on Twitter: ‘I went to war with you for ten years. I won’t leave you on the battlefield now. Get well Patrick. More fights ahead.’

As of Friday evening the United States is the country with the highest number of coronavirus cases. So far, it has registered more than 1,600,000 infected and has exceeded 96,000 deaths.

Four players from the Brooklyn Nets also tested positive to the coronavirus, although all have made a full recovery.

The NBA was suspended back in March amid the COVID-19 outbreak. Thank for watching and please subscribe for future news.