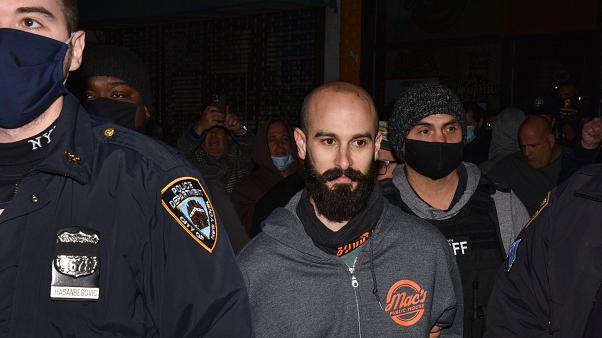 Officers tried to arrest Presti as he was leaving the bar early Sunday morning, but he got into his car, ran over an officer and continued driving for about 100 yards despite the officer hanging from the hood, Fucito said.

In the end, authorities managed to arrest Presti, 34, and took him into custody, the police chief added. No charges have yet been filed against him.

Mark Fonte, a lawyer for Presti, said he had been unable to speak to his client. Fonte said he expected Presti to be prosecuted in the next few hours.

The injured officer was taken to a hospital. At the moment his state of health was unknown.

The Staten Island bar was the scene of protests last week after the police department detained Presti on charges of violating restrictions aimed at slowing the spread of the coronavirus and obstructing government administration.

The tavern is located in an area designated by Governor Andrew Cuomo as an orange zone due to its COVID-19 infection rates and establishments were not supposed to be able to serve customers in their properties. But the owners had declared that the bar was an “autonomous zone”, referring to what was done by protesters who took control of a neighborhood in the city of Seattle in June.

A spokesman for Mayor Bill de Blasio said Presti’s actions showed contempt for human life. “In both cases, whether it’s disobeying public health laws or running over a uniformed officer, this individual has endangered the lives of others,” said Bill Neidhardt, spokesman for the mayor.

Authorities said the bar continued to serve customers Saturday night, although it had received orders to shut down completely after Presti’s arrest.

Agents guarding the bar saw that the front door was closed, but customers were being directed to the building next door, Fucito said. From there, they were able to enter Mac’s Public House through a back door and ordered food and drinks, the police chief added.