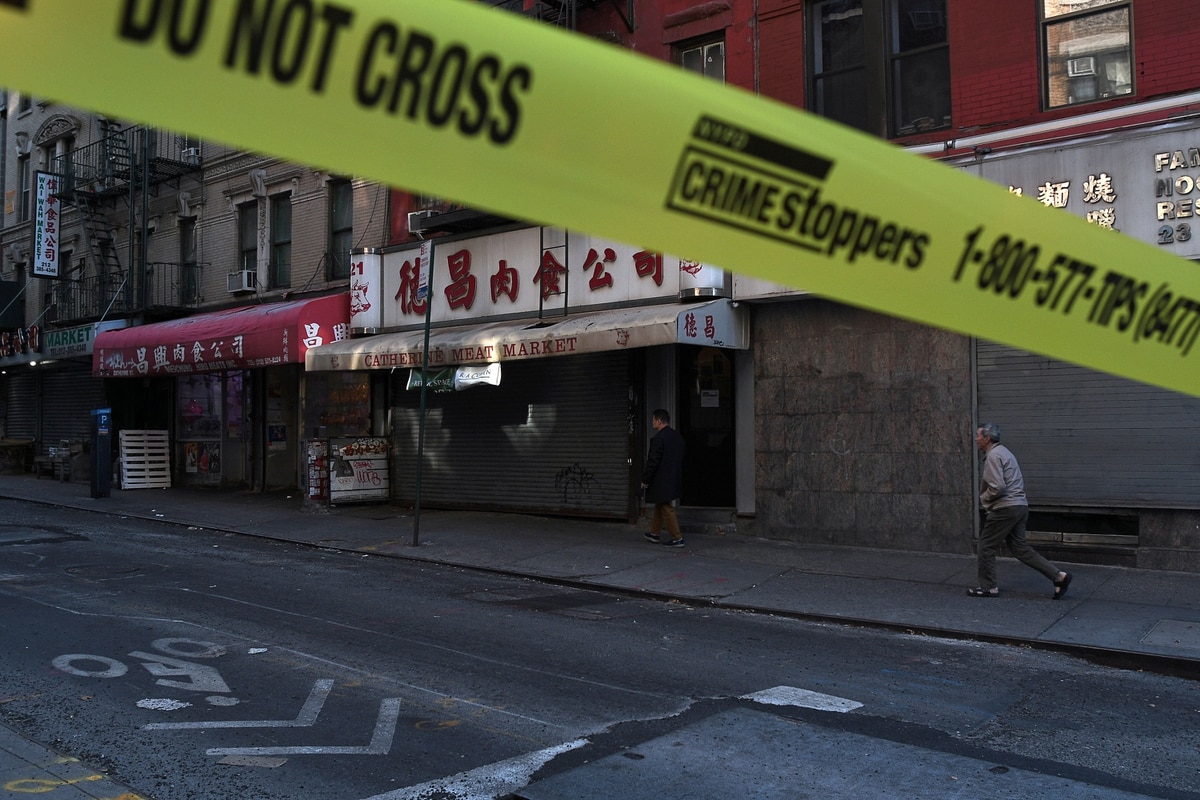 Four homeless people were beaten to death on Saturday in New York and a fifth man is in critical condition, in an episode that is investigated by the police.

Authorities arrested a 24-year-old man as a suspect in the attack, which occurred in the Chinatown (Chinatown) area in southern Manhattan, early Saturday morning. Apparently he is also homeless.

The victims were apparently asleep when they were attacked with a pipe, said Michael Baldassano of the New York police department, adding that the attacks occurred at three different sites. The first died of a blunt blow to the head. A second man attacked in the same place survived and was hospitalized in critical condition. The other three victims, attacked a block away, also died of blows to the head.

"The reason seems to be, at this time, just a random attack," he told reporters. "No one was white because of their race, age, nothing of that nature."

The identities of the victims were not disclosed.

The attacks began on The Bowery Avenue, which passes through Chinatown and has been known for decades for the abundance of alcoholics and drug addicts. During the day the area is animated by small businesses and street vendors, the crowded streets of pedestrians. But late at night, when the stores close, it becomes a desolate area.

Every night, more than 63,000 people sleep in the New York City shelter system, according to Bowery Mission, an activist group. But almost 4,000 more sleep on the street, in the subway or in other public areas. The number of homeless people in the city has increased in recent years.

The group explains that among the factors that cause homelessness are mental illnesses, substance abuse, lack of affordable housing and problems in maintaining a job.

With information from AP, AFP and EFE