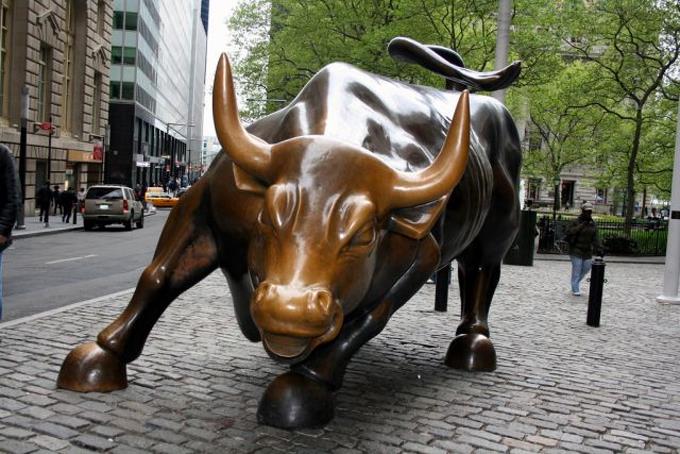 The New York City Council is considering moving to the "Wall Street Bull", the famous bronze statue located since 1989 south of Manhattan, due to the high probability that it will be the target of an attack in which a vehicle, as published on Thursday the New York Post.

The newspaper cites an email exchange between the Deputy Mayor for Housing and Economic Development, Annie Colarusso, and the creator of the statue, Arturo DiModica, in which she explains that they consider a transfer to their original space, near the building of the Exchange, for security reasons.

In her email, to which the Post had access, the deputy mayor informs the sculptor that following certain vehicle attacks in the city in 2017, the Police and the Department of Transportation work to identify high-risk places.

One of those attacks occurred on October 31, 2017, when an alleged terrorist rammed a group of cyclists with a vehicle, which killed eight people and a dozen injured.

"The Bowling Green park was identified by this process as one of these high-risk places, due in large part to the crowds attracted by the bull," Colarusso said.

Police have placed cement blocks around them, but the city insists that bollards cannot be permanently installed due to underground infrastructure.

The response to Colarusso came from the mail of Arthur Piccolo, president of the Bowling Green Association, who wrote on behalf of DiModica considering that "there is no reason why bollards cannot be installed" to protect the famous bull.

In his reply message, Colarusso said they are already underway to return the bull to Wall Street, where it was originally installed in 1989 to be transferred only days later to Bowling Green, at the end of Broadway, in lower Manhattan.

"In the interest of public safety … we plan to relocate the sculpture in its original home near the New York Stock Exchange (NYSE)," said the vice mayor, according to the Post.

Piccolo insists that the bull, which has its front legs bent and its head slightly bent as if it were about to ram, will not be transferred, and asks Colarusso to send him the documentation that entitles Mayor Bill de Blasio to locate him somewhere else.

According to the newspaper, the vice mayor, Piccolo and DiModica were scheduled to meet this Thursday to discuss the issue.