Democrats and Republicans agreed on budgets this week in Congress, whose two chambers approved the projects against the clock in the midst of debates over "impeachment" and the T-MEC free trade agreement.

As published by The Washington Post today, Trump had threatened to veto the budgets by forcing in effect what would have been his fourth administrative closure if the Democrats maintained a clause that forced new military aid funds to be made effective for Ukraine, the factor at the heart of the "impeachment."

The accounts, among many items, include $ 1.375 million for the construction of the border wall with Mexico, the same figure that Congress passed last year challenging Trump, which forced the longest administrative closure in history.

Finally, after 35 days of closure that covered the Christmas holidays, Trump agreed to reopen the Government but declared a national emergency with which he reallocated for the wall about 6.6 billion dollars from the Pentagon and the Treasury Department giving way to various litigation.

Senate Democrats said in a statement this week that "if the president chooses once again to steal funds from our troops and their families to pay for his wall, that is a decision that he and the Republicans of Congress will have to justify before women and the men who serve and protect our country. "

In addition to the departure for the wall, the accounts signed by Trump include $ 400 million from the bill known as the Venezuela Emergency Relief, Democracy Assistance and Development Act (TRUTH), promoted by Democratic Senator Bob Menéndez and the Republican Marco Rubio.

Menéndez celebrated on Twitter that the inclusion of the project in the budgets "reaffirms the support of the United States to the Venezuelan people and the interim president Juan Guaidó and expands the strategic pressure against the regime of (Nicolás) Maduro".

In addition to the 400 million dollars in "humanitarian aid", the text includes a series of measures in support of the opponent Juan Guaidó, whom the Trump Government and fifty countries consider legitimate president of Venezuela and against the Government of Nicolás Mature.

In a separate project at $ 1.4 trillion, Trump also signed the budget for the Pentagon amounting to $ 738,000 million, some 22,000 million more than the previous year.

That project includes the founding of the Space Force, which as of today becomes the sixth arm of the US Armed Forces and that Trump has pointed out as a legacy he leaves for history.

The accounts will also allow a salary increase of more than 3% for the US military and 12 weeks paid for paternity leave for all federal workers. 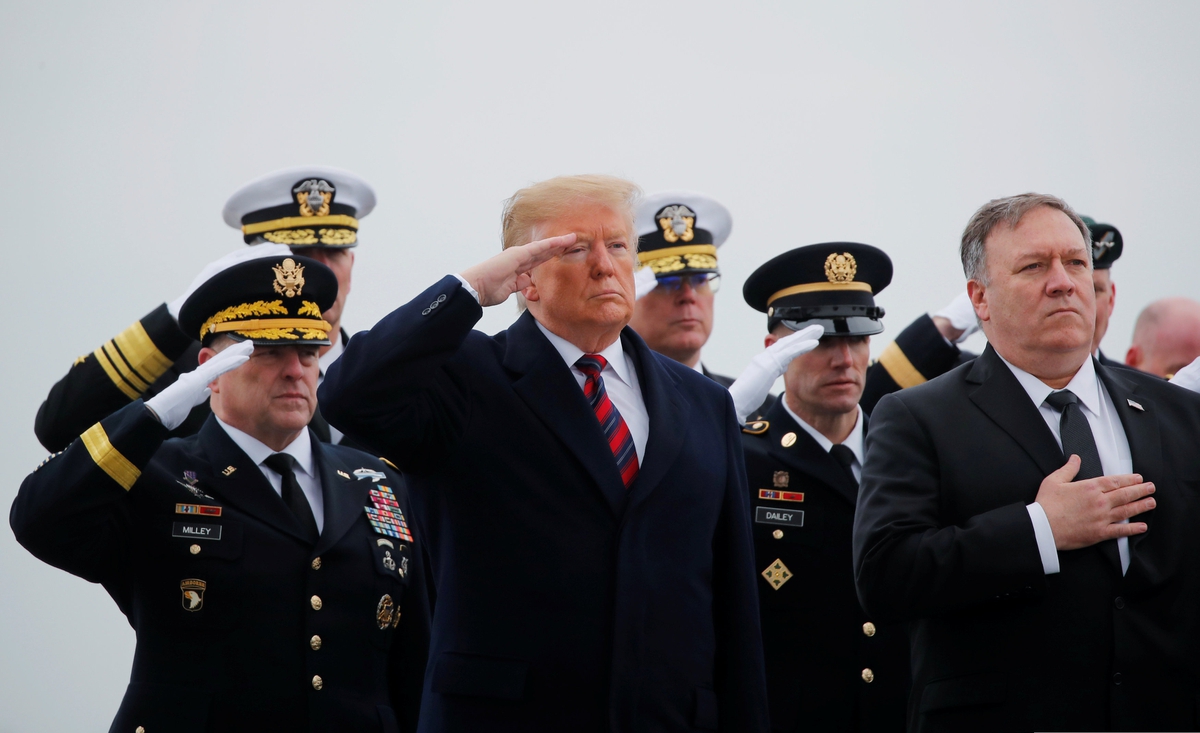