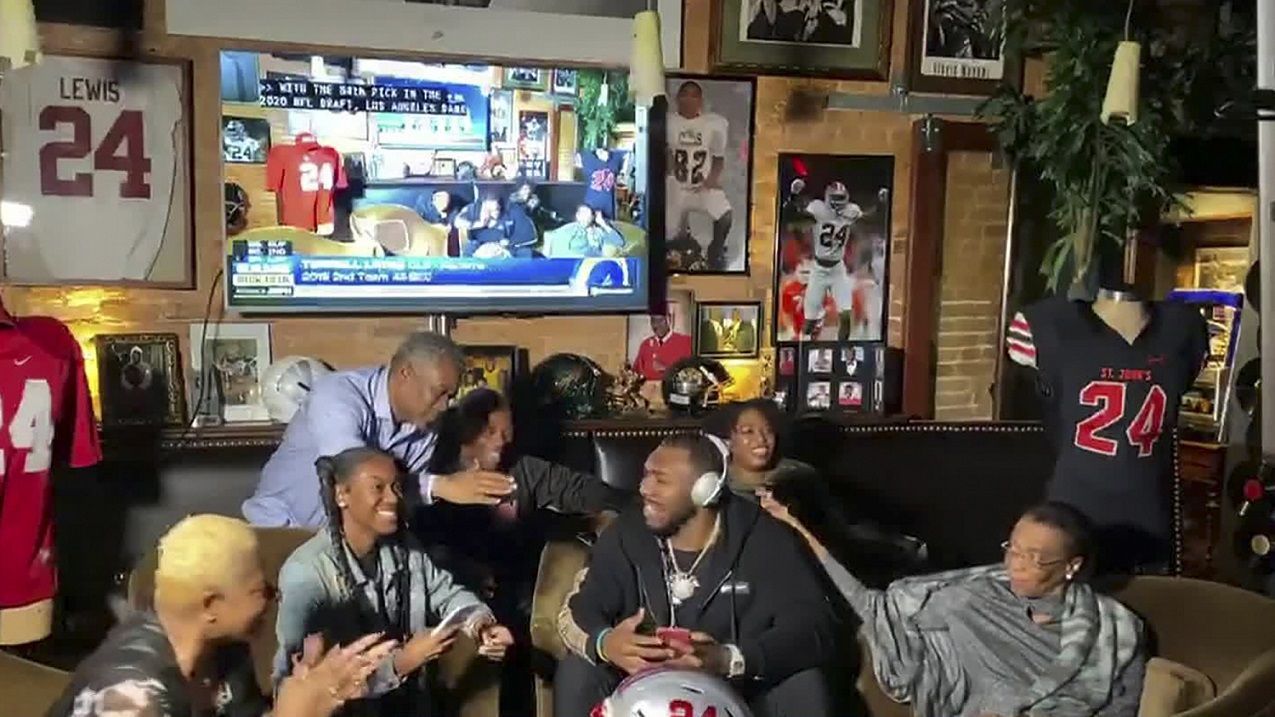 The virtual NFL draft reached a record audience of 55 million in the three days of the event broadcast on ABC, ESPN, NFL Network, ESPN Deportes and digital channels, the league announced.

Because of the coronavirus pandemic, NFL Commissioner Roger Goodell announced the college picks from a study in his basement, with more than 600 cameras in the homes of 85 prospects, 32 head coaches, and general managers. , as well as amateurs and coaches from the collegiate field.

“I couldn’t be prouder of the efforts and collaboration of our teams, league staff, and partners in leading an efficient draft and sharing an unforgettable experience with millions of fans during these times of uncertainty,” said Goodell.

“This draft is the latest example in the rich history of the NFL of uplifting the spirit of the United States and unifying people. In addition to celebrating the accomplishments of many talented youth, we were pleased that this unparalleled draft helped shine today’s true heroes, healthcare workers, paramedics, and countless others on the front lines in the fight against COVID. -19. We are also grateful to everyone who contributed to the efforts to raise money from the NFL family, ”said Goodell.

Jimmy Pitaro, president of ESPN, said this year’s draft had greater significance because of the pandemic.

“It is especially gratifying for ESPN to have played a role in presenting this unique event to millions of NFL fans and at the same time supporting the league’s efforts to give something in return,” Pitaro said in a statement. “The success of this year’s draft is testament to the unprecedented collaboration in the NFL, ESPN and The Walt Disney Company in the midst of a difficult time.”