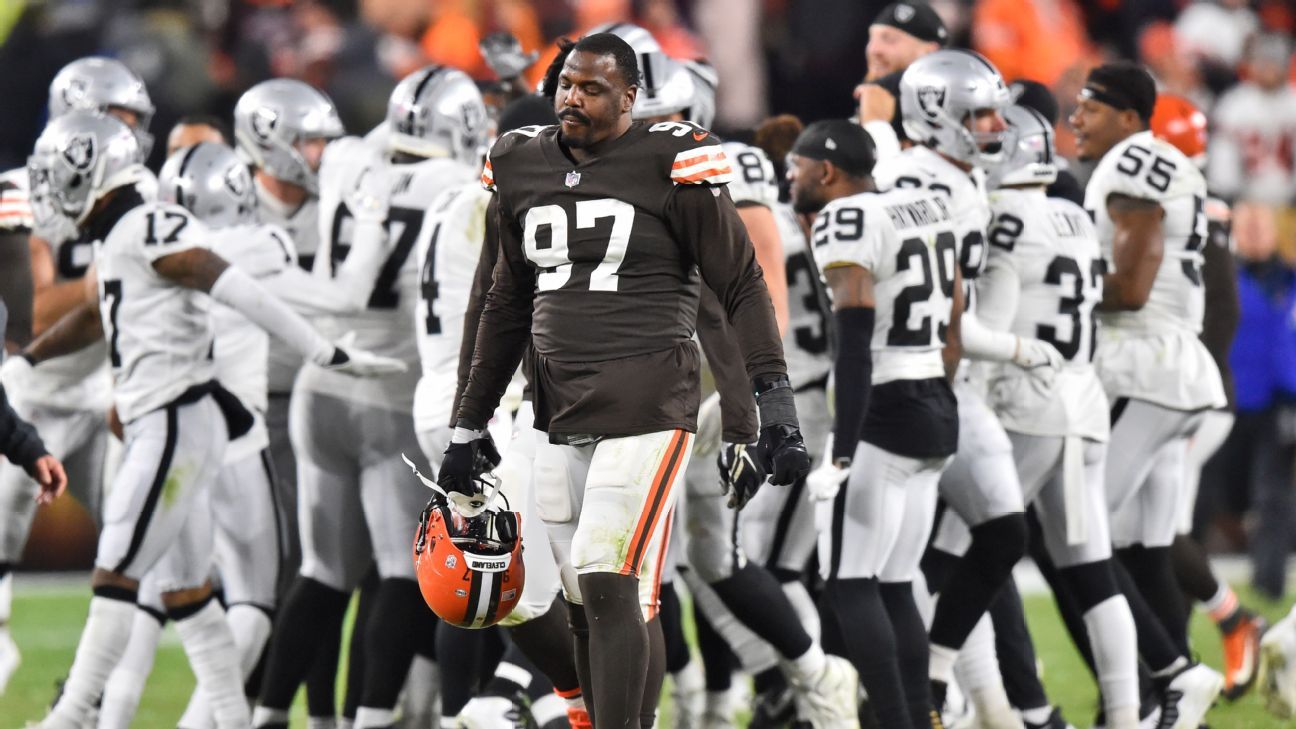 JC Tretter, president of the players’ union, revealed that the league came very close to preventing the holding of postponed games due to the recent outbreak between the teams.

The league instead moved Saturday’s meeting between the Las Vegas Raiders and Cleveland Browns to Monday, and postponed two Sunday games – Washington at the Philadelphia Eagles and the Seattle Seahawks at the Los Angeles Rams – to Tuesday.

Heavily decimated by COVID-19, the Browns succumbed to the Raiders in a displaced game from Saturday to Monday. AP Photo

Tretter, also a starting center for Cleveland, was also asked on Tuesday about the criticism he received from Raiders players, particularly linebacker KJ Wright and cornerback Casey Hayward Jr., for calling for a postponement of the game. On Friday, Hayward posted on social media, “I’m sure the fact that the NFLPA president plays for the Browns had no effect on those negotiations.”

“I think what people didn’t understand is that I was fighting for the same thing for the Browns players as for the Raiders players, which was getting paid … I don’t think everyone was aware of how close these games were. to be canceled, “revealed Tretter. “And I don’t think everyone is aware of that, if they were canceled, they were not going to receive their pay. Both teams were going to lose their pay.”

The Browns played Monday’s game against Las Vegas with 22 players on the reserve / COVID-19 roster, including 10 starters. The Raiders, who were generally unaffected by COVID-19 heading into the game, prevailed, 16-14.

Tretter said it was up to the league whether to count a canceled game as a lost game. But, he said he and the NFLPA were focused on getting players paid for the week.

The NFL declined to comment on the information Tretter revealed when contacted by ESPN.