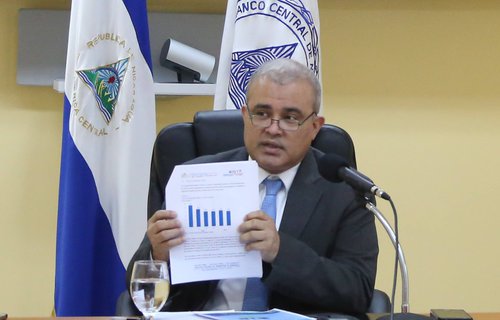 The president of the Central Bank of Nicaragua (BCN), Ovidio Reyes, argued Monday with the growth of international reserves, among other data, that the country is going through a process of financial stabilization.

From two thousand 127 million dollars that accounted for those stocks in March this year, they rose to two thousand 255 at the end of September, the president of the issuing entity illustrated.

Reyes pointed out that to this figure about 500 million dollars are treasured in the same condition by private banks, which allow the country to have reserves of more than 2.7 billion US greenback and be able to face any unforeseen event .

The president of the BCN also said that this entity lowered interest rates from eight to six percent, and that it does not rule out a similar measure by private banks.

The foregoing, he explained, is motivated by the accumulation of liquidity in the international financial system and the low demand for credits, in addition to an international trend in the lowering of rates.

Questioned by the recent announcement of the start of operations in Nicaragua of the Honduran bank Atlántida, he said that it is a fairly solid financial house with a lot of tradition in the neighboring country, which had been preparing for two years to enter the Nicaraguan market.