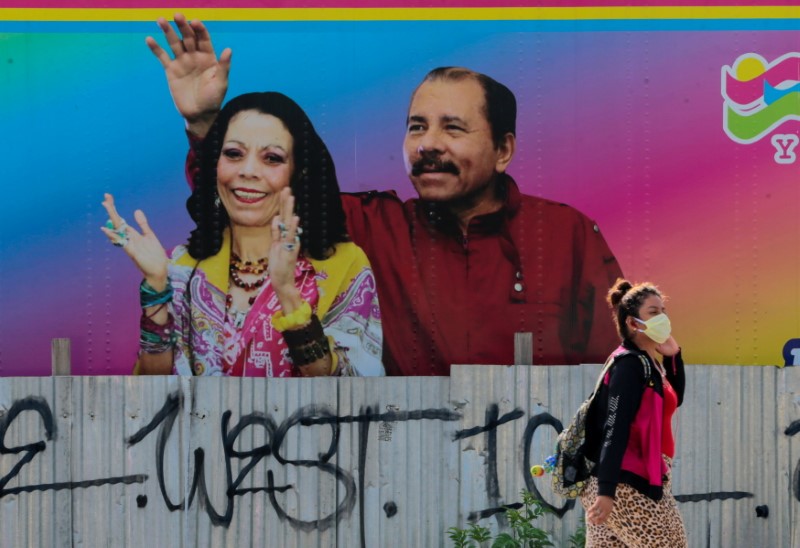 MANAGUA (AP) – The Nicaraguan government protested harshly Thursday against the Mexican ambassador to Managua, Gustavo Cabrera, after the diplomat retweeted statements by the writer Sergio Ramírez in which he rejected an arrest warrant issued by the Prosecutor’s Office in her against.

In a letter to Cabrera, the Nicaraguan Foreign Ministry official, Arlette Marenco, considered the publication to be “abusive” and denounced Mexico’s position as “meddlesome and meddlesome.”

“With the message that you have spread today in Nicaragua, you and the government of Mexico place yourself in an interfering and meddling position, complying submissively and faithfully with the Yankees, serving them in the role that you have sadly been assuming, as permanent interveners in our own affairs, commissioned by the Empire ”, said the letter published on the official website El 19 Digital.

The text of the protest does not specify which publication Cabrera made or whether the malaise of the Managua government was caused by a retweet by the diplomat to a letter from Ramírez, whom the Prosecutor’s Office accuses of “inciting hatred” and receiving money from the Violeta Foundation. Barrios de Chamorro, a non-governmental organization investigated for alleged money laundering.

In his video, which has also been widely circulated as a written statement, the novelist, Cervantes Prize for Literature, said that “the dictatorship of the Ortega family” is accusing him of the same crimes that the dictator Anastasio Somoza accused him of in 1977, overthrown by the Sandinistas in 1979.

The Foreign Ministry indicates in its letter that the Nicaraguan government has never ignored the principle of non-interference or non-intervention, nor has it denounced or commented on violence, crimes and human rights violations, “which according to media organizations and characters”, occur in Mexico every day.

“We respond to your abusive publication today by formally reiterating to you that, as you well know, our government has never meddled in the internal affairs of Mexico,” the letter states.

Likewise, it lashes out at the “unfortunate role of cultural, historical and political misery that Mexico plays today, when we believed that that human misery and pettiness, that misfortune, ended with neoliberalism, and began a cycle of understanding and respect, with the new government. of which you are a part ”.

The text exhorted Mexico to comply with its Estrada doctrine of non-intervention and discontinue “that unfortunate, unhappy and unhappy path of tricks and vanities, of servility and lackeyism, of fights that deny their own history,” he added, to conclude with the slogan : “Nicaragua is neither sold nor ever surrenders”.

In an interview Thursday night with CNN in Spanish, Ramírez said that the Nicaraguan Foreign Ministry’s text is “a most violent letter.”

“Ambassador Cabrera retweeted my message about the persecution of which I am being a victim and that caused this virulent attack, inconsiderate and foul in language, of the Ortega dictatorship against the government of Mexico,” he commented.

Ramírez, who left Nicaragua in June for health reasons and now fears to return, said that despite not being a candidate or political leader, he is threatened with jail and repressed as a writer.

In this regard, he denounced that his most recent book, the novel “Tongolele did not know how to dance,” is being held at Nicaraguan Customs. “They do not allow it to enter Nicaragua and it will be prohibited in Nicaragua,” he protested.