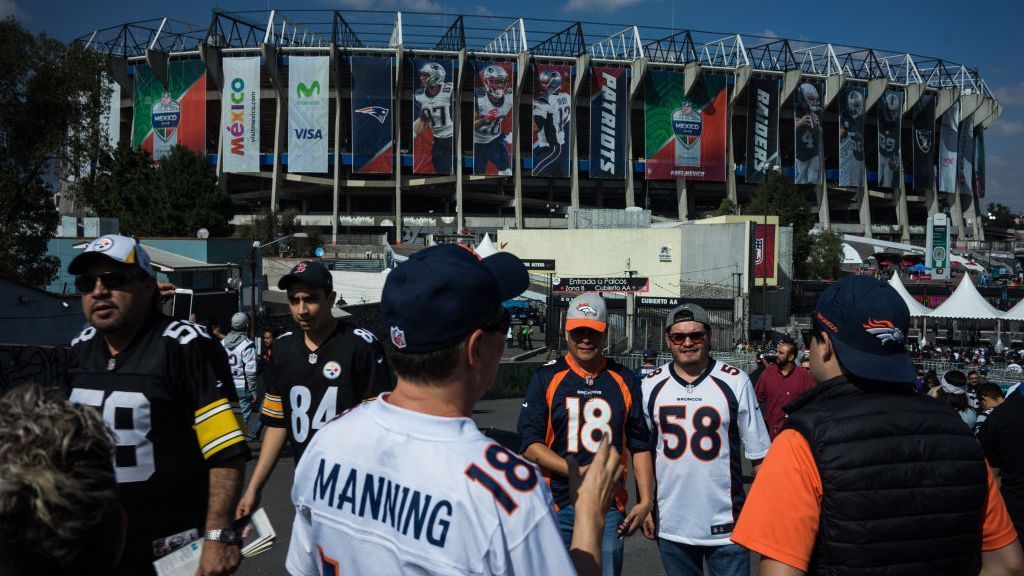 The territorial division is part of an initiative called “The International Home Marketing Area”, which aims to further internationalize the NFL

Nine NFL teams were assigned to Mexico as part of the international territorial division, sources from the league itself told ESPN’s Carlos Nava.

League sources also revealed to Nava that Mexico was the most requested country for the new international territorial division of the NFL.

The other countries that received the NFL team allocation were the United Kingdom, Germany, Canada, Spain, Brazil, China and Australia.

The territorial distribution is part of an initiative called “The International Home Marketing Area”, which aims to assign international territories for commercialization, marketing, transmissions, etc. of NFL teams in countries outside the United States.

“NFL love begins with our clubs,” Christopher Halpin, NFL executive vice president of strategy and growth, said in a league statement. “This important initiative allows NFL teams to develop meaningful direct relationships with NFL fans in other countries, driving global growth. We are very pleased with the number, creativity and level of commitment of the proposals from clubs in general to throughout this initial application period, and we look forward to teams launching their efforts early next year. “

As part of the program, clubs will have access to international markets for a period of at least five years during which teams will have rights to seek activities in that specific market that are consistent with what they do in their domestic markets. That includes digital and face-to-face marketing, corporate sponsorship sales, fan events and activations, children’s and youth football activities, merchandise sales, and commercial relationships with other sports and marketing entities in the market.

“Today’s announcement represents a significant milestone in our efforts to expand the NFL’s global reach and build long-term relationships with these international markets that will play a key role in the continued growth and expansion of our sport for years to come. they’re coming, “Tampa Bay Buccaneers main owner Joel Glazer said in a league statement. “Much of our league’s success is rooted in the strong connection our individual teams have built with their fans, and this initiative creates greater avenues to connect and engage with our international fans.”

At the end of March of this year, the league approved an initiative according to which the 32 NFL teams would play at least one international game over the next eight years, a situation facilitated by the approval of a new regular season of 17 games, which debuted in the current campaign.

Mexico, our home away from home 🇲🇽 #DallasCowboys pic.twitter.com/RGVEOQdBC7

Statement by Art Rooney II, President of the Steelers, on the announcement of the @NFL by granting the Pittsburgh Steelers the rights to the IHMA in Mexico.

We have always been aware of our dedicated Spanish-speaking fan base, especially in Mexico, and we are happy to find more ways to connect with all of you. 🇲🇽

We’re excited to have been awarded Mexico as part of the @NFL‘s International Home Marketing Area initiative.

We’re excited to have been awarded México 🇲🇽 as part of the @NFL‘s new international initiative!@LosTexans | @nflmx