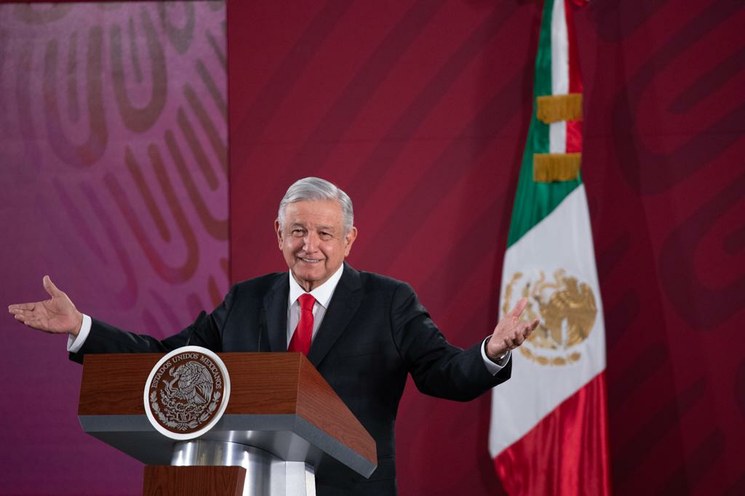 Mexico City. In the fight against corruption, the federal government is not using any institution to persecute anyone and in the case of Genaro García Luna, if it had not been denounced, "we would be complicit and cover-up," said the president of the Republic, Andrés Manuel López Obrador.

During his last morning conference of the year, he also announced that by saving the debt payment his government will have 230 billion pesos. “With that we will have secured the financing of the airport, the Mayan Train, the Bank of Well-being, the internet system for all. This is largely due to the fight against corruption. ”

At the same conference, the head of the Financial Intelligence Unit (FIU) of the Ministry of Finance, Santiago Nieto, said that so far the investigations on García Luna do not touch former presidents Felipe Calderón Hinojosa and Enrique Peña Nieto.

However, he showed that the case is open and the triangulation of public resources has been demonstrated through payments that were issued from the Ministry of the Interior – while Miguel Ángel Osorio Chong served as headline – and the government of Mexico City – with Miguel Ángel Mancera- to a company incorporated in Panama.

From that company in Panama came the millionaire resources that supported the life train of García Luna in Miami, Florida, Nieto added.