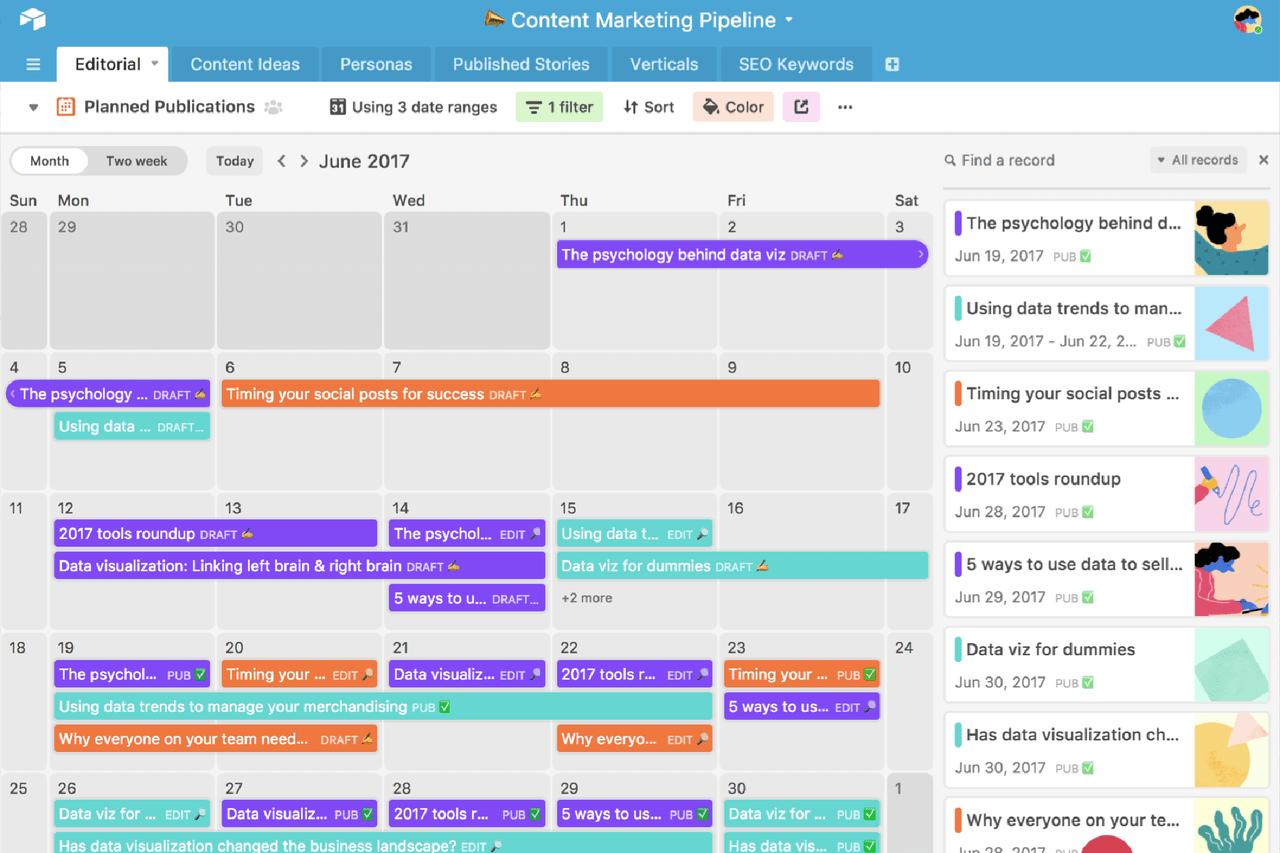 Howard Liu has an idea that he believes could generate tens of billions of dollars.

And with a little luck, it will be your company that will run it.

"I think there will be a radical change in the way people interact with the software," he adds.

His great idea? Spreadsheets but better; spreadsheets, but enriched.

Usually spreadsheets are used by professionals such as accountants to sort data, generate tables and make sums. But most people consider them too technical to go beyond their simplest functions.

Liu says that AirTable changes that, making it so easy to use that people who are not normally used to programming can create a complex system in the cloud about the activities they do.

For example, a farmer, to monitor the cows and their equipment.

An idea not so new?

In addition, the company is already valued at about US $ 1.1 billion, according to the results of its last round of fund raising, although it has a product that has only been in the market for four years.

Marc Benioff, the executive director of Salesforce, advised Liu and his partners, when they were starting to start. Credit: AIRTABLE

Liu, who founded the company in 2012, admits that, at the beginning, it was difficult to explain the concept to investors. It didn't sound like a completely new idea.

"The concept of spreadsheets even precedes computing. Spreadsheets were the first application that was brutally imposed on their competition," he says.

So, when he and his partners attended meetings with investors armed with their sales speech, what they offered had little to do with what is usually expected to be heard in these types of meetings.

"You see all these sales presentations that show a growth chart, the size of the market and all those things. Ours had nothing to do with it," he recalls.

Instead, they made a philosophical defense of AirTable and how this tool could transform the world of work.

"Honestly, I think many of them lost interest. I clearly remember a few cases, even with investors who said yes, in which they said 'we don't really understand what you are talking about,'" he says.

In the end, what succeeded in persuading these investors was the confidence in the team in charge of AirTable, something that Liu believes is perhaps of greater importance at such an early stage of entrepreneurship.

"There are many ways in which a great idea with a bad team can fail, while even an uncertain idea with a great team can succeed," he explains.

Liu jokes about the fact that his family history is so complicated that his mother didn't even try to explain it to him until he was about 10 years old.

With family roots in Korea and China, Liu was born and raised in the United States. Credit: AIRTABLE

"My four grandparents were Koreans. But during World War II they moved – as many Koreans did – to China. My parents were born there, but they moved to the United States before I was born," explains Liu, who grew up in College Station , in the state of Texas.

His parents thought he would be very confused with that kind of story, so until he had to do a job for the school about his family's origins they didn't explain it to him.

"I interviewed my grandparents and I remember that I was like 'wait a moment, I thought we were Chinese.' I was super confused," he recalls.

Less confusing was learning to program. At 13 years old, Liu took one of his dad's books on the C ++ programming language and learned it only in a matter of a few weeks.

At just 16, he began studying computerized design at Duke University in North Carolina. It was there that he met the other AirTable co-founders, Andrew Ofstad and Emmett Nicholas, although they would not work together until many years later.

Liu's first business was Etacts, a company responsible for software to help companies manage customer relationships. It was sold in 2011 for an undisclosed sum to the IT giant Salesforce.

That sale allowed Liu to have the luxury of financial security when he decided to start AirTable, but also left him feeling empty.

"I ended up being very lucky to have a financial result like this, which changes your life. But it was a failure in the sense that we never built a real business, an organization with its own culture," he says.

AirTable tries to make spreadsheets easier to use. Credit: AIRTABLE

The operation, however, managed to place him in the same room as powerful people like Marc Benioff, executive director of Salesforce and one of the most influential people in the technology industry, when he was seeking support for AirTable.

Benioff did not buy Liu's idea and instead suggested that he try to create a better way to collect digital medical records. The team ignored that advice.

"It's not that we were arrogant and thought we were smarter. Marc was extremely generous with his time and guidance. He was doing us a huge favor," he says.

AirTable is based in San Francisco and barely has about 80,000 commercial customers, although the figure is rising.

A large number of famous users has helped spread the word, although the company has also found a lot of popularity among much smaller firms, particularly among NGOs.

When Hurricane Harvey hit Texas and Louisiana in 2017, AirTable was used to register rescued pets and help gather them with their owners.

AirTable has its headquarters in San Francisco. Credit: AIRTABLE

The application has a free plan, with limited functions and capacity, and monthly payment plans for small businesses.

Success makes AirTable, quite comfortably, a "unicorn," the name by which unlisted companies that are worth more than $ 1 billion are known.

It is a status symbol that many struggle to reach in San Francisco, but Liu does not like the term.

"Viscerally it feels cheesy. I think it's a label that has an unnecessary or artificial weight," he says.

The entrepreneur believes that too many start-ups, particularly in San Francisco, use the unicorn label to appear to be larger and more imposing than is really justified.

"In the short term, you can keep up appearances. But if you focus so much on what others think of you, you don't focus on the right things. In the long term, what really matters is the foundation of your business," he adds. .

"AirTable touches a few trends that risk investors are interested in at the moment," he says.

"It is related to the idea that consumers are now more willing to pay a small sum to have software that helps them organize their work or their lives. In addition, it is something that investors themselves can understand and use on their own. themselves. Never underestimate the power that has, "he concludes.