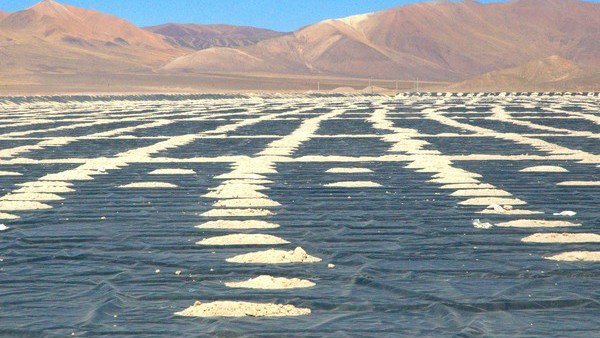 The Nobel Prize in Chemistry awarded this Wednesday to the German John Goodenough, the British Stanley Whittingham and the Japanese Akira Yoshino, for the development of lithium-ion batteries, invites you to wonder what lithium is basically. What it is used for, how important it is in everyday life, its relationship with the environment and the future of the so-called white gold.

CONICET researcher, specialist in renewable energy, Gabriel Correa helps to raise some doubts regarding the use of lithium. And Horacio Corti, a specialist in Chemical Sciences, from the National Atomic Energy Commission, contributes his own in the link with medicine.

Lithium is a chemical element whose atom is relatively small and is a very electro positive element (tends to deliver electrons). It is the lightest metal and is very reactive, that is, it tends to react chemically with other elements. Combined with other minerals, it can store a lot of energy in smaller size and with less weight.

Why is it said to be the mineral of the future?

Many things are said about lithium, it is also called 21st century oil. Objectively, it is essential for this technological revolution that meant having batteries that store more energy with less weight and volume, which impacted portable systems and mobility means. If you think about an energy transition, the development of electric vehicles is unstoppable.

Is lithium present in our daily lives?

It is preponderant and is ubiquitous in our day to day, because it is an essential component of the batteries used by cell phones, laptops, cars, bicycles, electric motorcycles and solar panels. Although it is a development th at has been taking place 30 years ago, the explosion occurred a decade ago, especially due to the appearance of electric vehicles.

Conicet researcher, the Neuquino Gabriel Correa, in a research stay, in a laboratory at the Politecnico di Torino (talia).

Why, too, are lithium batteries important?

To conserve remote electrification in isolated communities. And since the energy is intermittent, there is not always sun or wind, those towns that have solar panels or windmills need a space to store this power. Lithium batteries are ideal for this purpose.

What damage can it cause to the environment?

While the use of the batteries remains, lithium does not cause any damage or emit any toxic or contaminating substance. When it is removed from the salt flats, it does have an impact on the environment. Yes, the second life of the battery could cause some damage when its useful life is exhausted.

What advantages does Argentina have of being the fourth world producer of lithium?

Having the resource at home, which in principle generates a more than interesting potential, as long as you work on an important lithium development policy. Today 99 percent of the lithium produced in the country is exported.

How is lithium extracted? Is it an expensive mineral?

The processes of lithium extraction are done through the salt flats of what is called the "lithium triangle", comprised of northern Argentina, northern Chile and southern Bolivia, and are much cheaper than other minerals, considering that it is "the star" in the development of this type of batteries.

Is lithium used in political campaigns?

Yes, it is misused, as if it were Dead Cow. According to what I could see from the proposals of the most important political parties, lithium is talked about as a potential future but without the support of a clear policy behind. It seems more opportunistic, a staging than a deep project. But welcome the Nobel Prize for lithium to begin to be on the policy agenda.

Do you have any medical use?

Lithium, actually lithium carbonate, which is extracted from the salt flats in the north of the country, is a medication used to treat psychiatric diseases, such as bipolar disorders, acute mania and other mood disorders.

What is its effect on these diseases?

The usual dose is 1,500 mg / day and its main effect is an antidepressant action that blocks neurotransmitters and makes people suffering from manic-depressive diseases have greater control over them. It has been used decades ago and remains an effective treatment.