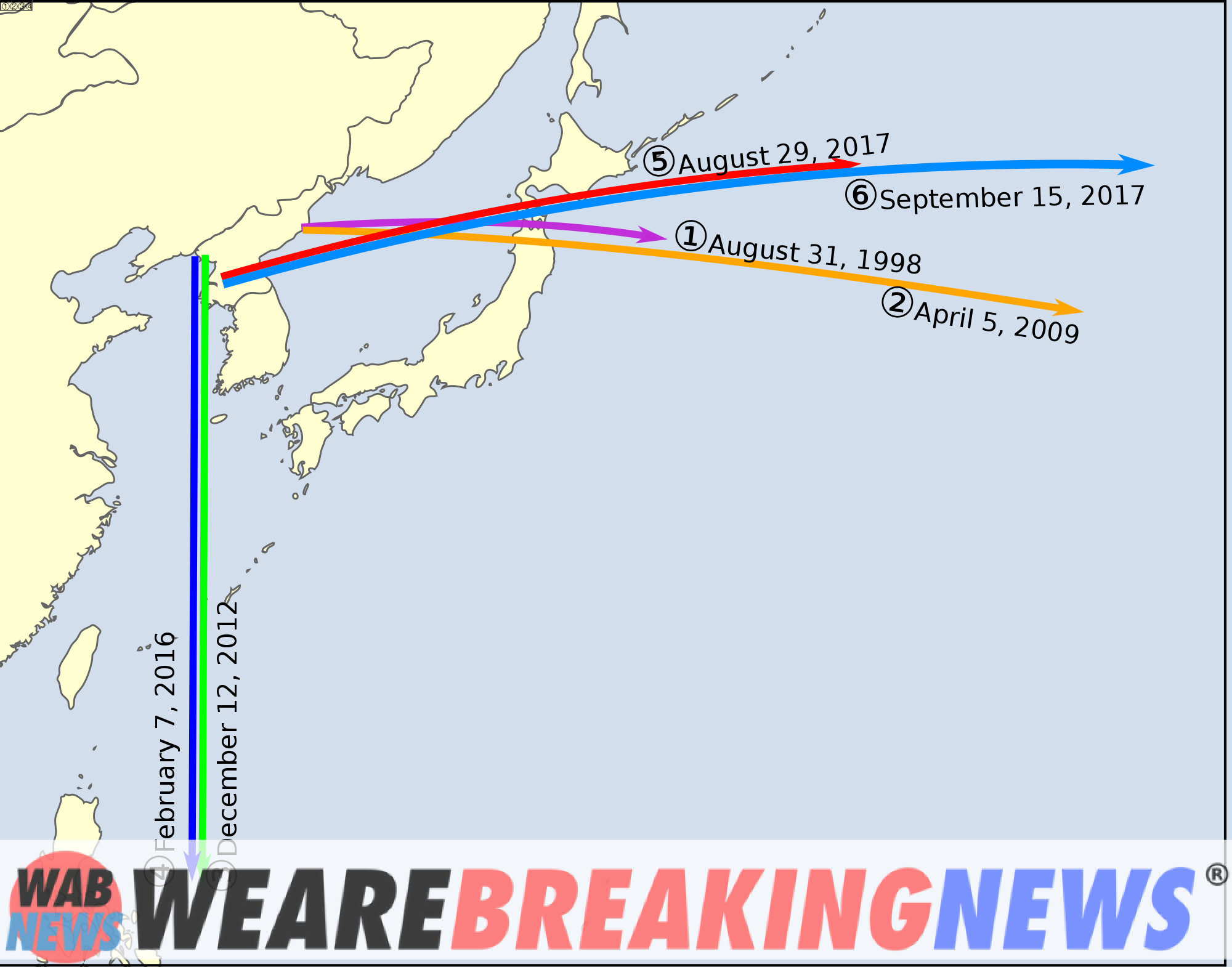 SEOUL, South Korea (AP) — North Korea fired eight test fires of short-range ballistic missiles from various locations into the sea on Sunday, the South Korean military said, continuing the provocative streak of weapons display this year by Pyongyang that US and South Korean officials say could culminate in a nuclear test explosion.

South Korea’s Joint Chiefs of Staff said the missiles were fired successively over a 35-minute period from locations including the Sunan region near the capital Pyongyang. He has not yet indicated where the missiles were launched from or how far they traveled, but said the South Korean military has increased its vigilance in case North Korea fires more missiles.

Japanese Defense Minister Nobuo Kishi said the country’s military had detected at least six launches between 300 and 400 kilometers (180 and 240 miles) from the interior of North Korea and points on the country’s east and west coasts. Pyongyang appeared to be testing its ability to launch in quick succession from various locations, he noted. None of the missiles fell within Japan’s exclusive economic zone, the minister added.

The launches came a day after the United States and South Korea wrapped up their three-day joint naval exercises in the Philippine Sea involving the US aircraft carrier Ronald Reagan. The exercises were the first between the two countries with an aircraft carrier since November 2017 after they decided to update their defense maneuvers in the face of growing North Korean threats.

This is the 18th round of missile tests North Korea has conducted in 2022 alone — a streak that has included the country’s first intercontinental ballistic missile demonstrations in nearly five years — as it continues to take advantage of a favorable environment to develop weapons in the face of divisions in the Security Council over Russia’s war against Ukraine.

Experts say North Korean leader Kim Jong Un’s high-risk policy is aimed at forcing the United States to accept the idea that North Korea is a nuclear power and negotiating economic and security concessions from a position of strength.

US and South Korean officials say there are signs North Korea is continuing preparations at its atomic test site in the northeastern town of Punggye-ri.

North Korea’s next nuclear test would be its seventh since 2006 and its first since September 2017, when it claimed to have detonated a thermonuclear bomb that can be fitted to its intercontinental ballistic missiles.

On Friday, US President Joe Biden’s special envoy for North Korea, Sung Kim, said Washington is “preparing for all contingencies” in close coordination with South Korea and Japan as it monitors North Korea’s preparations for the possibility of carrying out a nuclear test.

Kim held a trilateral meeting with his South Korean and Japanese counterparts in Seoul to discuss the nuclear crisis with Pyongyang.

Nuclear negotiations between Washington and Pyongyang have been stalled since 2019 due to disagreements over removing crippling US-led sanctions against North Korea and measures to disarm North Korea.

___ AP reporter Mari Yamaguchi in Tokyo contributed to this report.