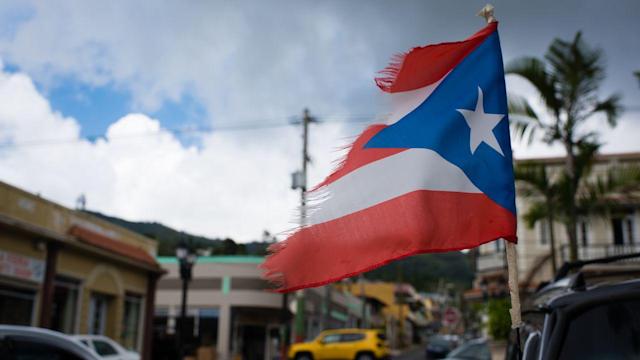 SAN JUAN (AP) – The Puerto Rico Supreme Court ruled Thursday that not guilty verdicts in criminal cases must be unanimous, a significant change in the way jury trials are conducted in this US territory.

For almost seven decades, the Constitution of Puerto Rico has allowed a minimum of nine juries to agree to announce these types of verdicts.

The decision by 5 votes in favor and 2 against was issued more than a year after the United States Supreme Court ruled that jury verdicts must be unanimous to find guilty in criminal trials, a decision that affected Louisiana, Oregon. and Puerto Rico, which did not require unanimity for a guilty verdict.

Although that decision specifically referred to unanimity in guilty verdicts, it sparked a debate in Puerto Rico about how the island’s judicial system should handle not guilty verdicts.

In their decision, the majority of the judges of the Supreme Court of Puerto Rico said that justice requires that unanimity also be required for the verdicts of innocence, in order to maintain the same proportion of decisions for verdicts of guilt and innocence, according to it is required by the Constitution of the island.

Two magistrates disagreed. One accused his colleagues of distortion, and the other said the decision ignores constitutional protections.

The dissenters also alleged that a plaintiff’s guilt, not his innocence, is being tried.

Why … is it necessary for a jury to be fully convinced of an absence of guilt that is already presumed and that it is up to the State to defeat? ”, Wrote Judge Luis Estrella Martínez.

The ruling stems from a 2016 case involving a Puerto Rican man charged with first-degree murder and other charges.

The island’s Court of First Instance held a hearing last November to discuss instructions to the jury for their case. Prosecutors asked that the jury be told that unanimity was required for a guilty or not guilty verdict, based on the US Supreme Court ruling last year. The defense attorney questioned that position, noting that the Constitution of Puerto Rico states that only a minimum of nine jurors are required to be able to render a verdict of not guilty.

The court ruled in favor of the defense attorney, and prosecutors took the matter to the Puerto Rico Court of Appeals, which upheld the judgment of the Court of First Instance.

“In a criminal process, the only thing that is judged is the guilt of the accused, not his innocence. Innocence is presumed at all times. It would not make sense to have to prove something that is presumed until it is defeated with proof beyond a reasonable doubt, ”the Court of Appeals stated.

The prosecutors then appealed to the Supreme Court.

The Supreme Court decided that the Constitution requires applying the same standards for each type of verdict.

Some legal experts said they disagreed with Thursday’s ruling.

“It seems like a mistake to me without thinking about administrative and technical matters,” said Wanda Valentín, former president of the Criminal Law Commission of the Bar Association.

Puerto Rico required all 12 members of a jury to unanimously agree to find a defendant guilty or not guilty until 1948, when the law was amended to allow each verdict to be based on a majority of at least nine jurors. The amendment was made at a time when the government was prosecuting leaders seeking to gain Puerto Rico’s independence, making it easier for them to be found guilty, Valentín said. The clause was added to the island’s Constitution in 1952.

An application can be made to the Supreme Court asking it to reconsider its ruling. If the court were to deny such a petition, the last resort would be to go to the United States Supreme Court.