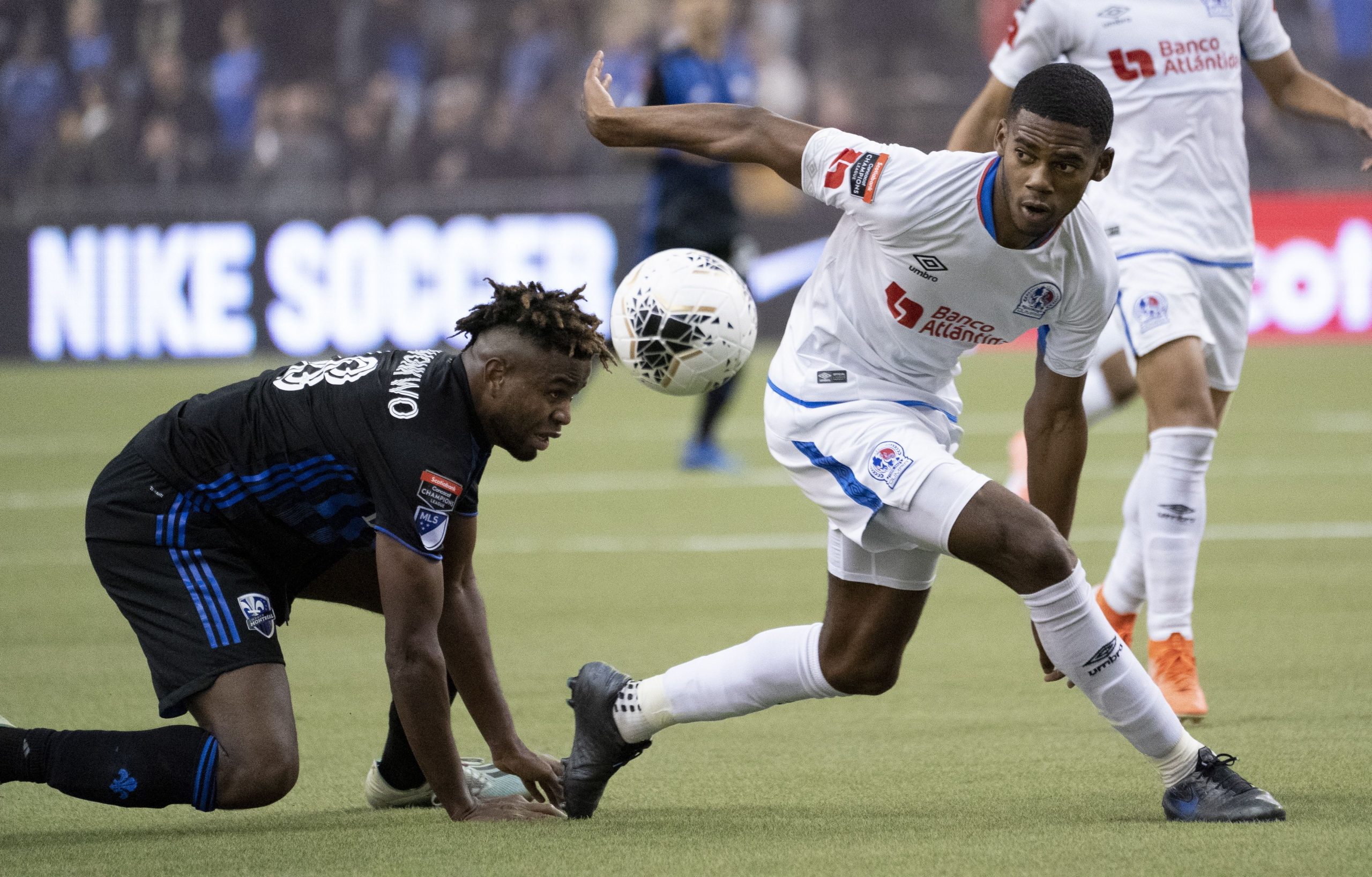 MONTREAL (AP) – Olimpia of Honduras scored two visitor goals, which can be crucial, and defeated the Impact of Montreal on Tuesday 2-1 in their first leg of the quarterfinals of the CONCACAF Champions League.Jerry Bengtson and Jorge Benguché scored in the first half for Olimpia, who in the round of 16 had already eliminated another MLS team, the Seattle Sounders. The second leg will be played on Tuesday in Honduras. Montreal will need the victory, scoring at least two goals as a visitor, to stay alive in the competition. Olimpia goalkeeper Edrick Menjivar was injured a groin in a goal kick at the start of the match and replaced by Alex Guity. The defending Honduran champions scored in the 15th minute, following another goal kick, carried out by Guity. The ball fell near Leonardo Garrido, who passed it on to Bengtson. After the poor mark of rookie Luis Binks, Bengtson, who had won the back to the defenders, simply touched the ball before the exit of goalkeeper Clement Diop, who managed to touch the ball, without deflecting it enough. Instead of backing off after the goal, the visitors maintained their attempt to harm the defense of the Impact. The visitors got the second goal at 41 minutes. After a shocking free kick taken by Impact, Olympia launched a quick kickback. Benguche beat Brault-Guillard with a feint and beat Diop with a shot to the second post.In the second half, when the score was 2-0 in favor of visitors, Algerian-born Frenchman Saphir Taider reduced the disadvantage of Montreal Montreal even had the opportunity to tie at 70 minutes with a free kick from the edge of the area, but Taider sent the ball over the crossbar. Substitute Anthony Jackson-Hamel missed another opportunity when he was alone in the area and sent out his head shot seemed to be awarded a penalty in favor of Impact at 81 minutes, when Jackson-Hamel’s header crashed the ball into Maylor Núñez’s arm inside the area. Mexican referee Adonai Escobedo scored the penalty, but reversed the decision after consulting with a flag bearer.It was only the second defeat for Montreal at home in the Champions League.The winner on the global scoreboard will face New York City FC or Tigres of Mexico in the semifinals, next month.