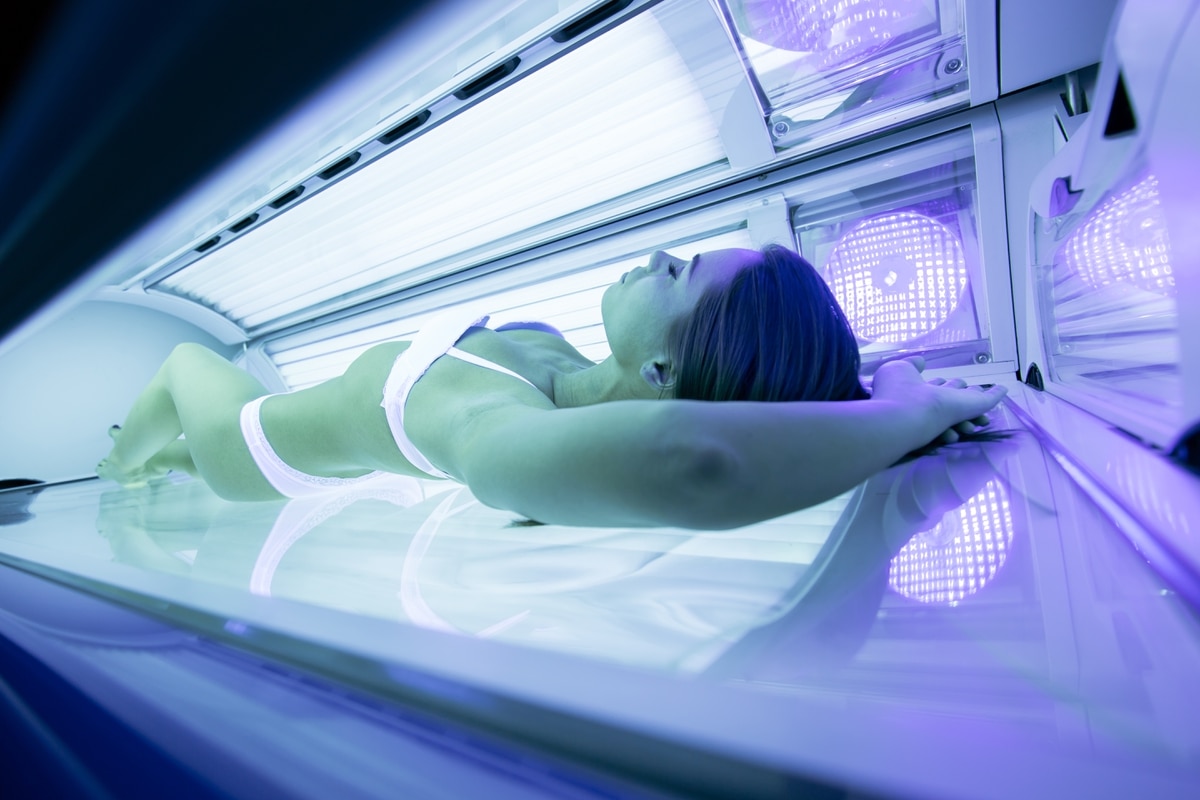 Tanning through sun beds is the result of an increase in melanin stimulated by solar radiation. UV radiation is the one that can cause the most damage to the skin. And, although the hue may decrease, the radiation damage is permanent. This causes multiple biological effects: it is involved in the synthesis of vitamin D, causes photoaging, immunosuppression, and is closely related to skin cancer. But a new study relieves an even worse scenario.

The sunbed can almost double the risk of getting skin cancer, and there is an 83% more chance of getting the disease in the case of women. These data are derived from a recent investigation, which revealed that the risk of this type of cancer increases, regardless of the age at which a person begins using the sunbed, or the period of time to which this system is subjected to Sun tanning.

For the study, published in the scientific journal JAMA Dermatology, scientists analyzed 150,000 Norwegian women between the ages of 18 and 64 over a 25-year period. The subjects completed questionnaires about their use of sun beds and the pigmentation of their skins.

In total, 597 were diagnosed with skin cancer, which allowed researchers to calculate that the risk of suffering from this disease increases with increased use of this tanning system.

Dr. Simon Lergenmuller, author of the research and epidemiologist at the University of Oslo, in Norway, said that "these results support the need to develop policies that regulate indoor tanning."

His team identified a connection between the tanning dose response with squamous cell carcinoma, the second most common type of skin cancer, which usually develops from exposure to UV rays, which cause skin cells reproduce faster, causing a tumor.

"The risk of squamous cell carcinoma increased with a greater and cumulative number of tanning sessions," Lergenmuller wrote. This applies both to women who used sun beds for 10 years or less, and to those who underwent this system for more than 10 years.

These women are between 41 and 43% more likely to develop the disease compared to those who never used sun beds in their lives. Both women who were more or less than 30 years old when they started using them had an 83% higher risk of developing this disease in the future.

"The association between cumulative exposure to sun bed and the risk of developing squamous cell carcinoma is the same for all women, regardless of the duration of its use or the age of initiation," said the study author.

Dermatologist Cristina Pascutto (MN No. 5731), president of the Argentine Society of Dermatology, explained to Infobae: “Sun beds are a system to achieve an artificial tan. The dangers that they entail are many, mainly the development of a skin cancer due to the exposure of especially artificial ultraviolet radiation ”.

“It has been shown that there is a clear association between sun beds and different malignant skin lines such as basal cells, cell spines and the dreaded melanoma seen in those individuals who begin with these exposures early in children under 35 years. The risk increases in people who make this a habit and there are people who have the possibility of exposing themselves to this type of tanning 365 days a year. It also increases the risk in white-skinned people, and in women who are more prone, therefore it can be said that voluntary voluntary sessions for cosmetic purposes are unhealthy, ”he added.

Fiorella Marta, member of the Argentine Society of Dermatology and specialist in Aesthetic Medicine (MN: 153762), contributed in dialogue with this medium that “in several countries the use of sunbeds is prohibited. I am still surprised that there are still sun beds with the information that is handled today and the awareness that we are luckily beginning to have on this subject. A few minutes in the sunbed equals hours of sun exposure at the most risky hours. ”

And the clinical doctor Marcelo Suárez (MN 73796) was also lapidary: “30 minutes of sunbed equals more than 20 hours of sun and emits 10 times more UV (ultraviolet) radiation, which makes them a complicated trap for Health . It produces skin aging, problems absorbing vitamin D, immune distraction and, as if that were not enough, cancer. For all these reasons they are prohibited in Canada, Australia and Brazil. "

What is squamous cell carcinoma

As explained by the Skin Cancer Foundation, Squamous Cell Carcinoma (CCE) is the second most common skin cancer of all; It is estimated that, every year, 700,000 new cases diagnosed in the United States are uncontrolled growths or abnormal lesions from squamous cells that make up almost the entire outermost layer of the skin (epidermis).

According to data from the International Agency for Research on Cancer (IARC), belonging to the World Health Organization (WHO), the estimated incidence of this disease in Argentina is approximately 3,200 cases per year. Some 1,900 Argentines die each year from the disease, 77 percent men and 23 percent women.

“The squamous cell canciroma is one of the tumors that can produce sun beds and also the sun; it is the second, and it appears in areas of photoexposed, ”said Pascutto.

CCEs have the appearance of persistent rough, scaly, thick patches that can bleed if they are dragged, scratched or hit. They look like warts or open sores with raised edges and a crusty surface.

They appear in any part of the body, although they usually occur in areas that are usually exposed to the sun's ultraviolet (UV) light, such as on the edges of the ears, lower lip, face, scalp, neck, hands, arms and legs. . The sun exposure that a person receives throughout his life becomes a cumulative damage that can cause CCE; at older age, higher incidence.

People with light complexion, light hair and blue, gray or gray eyes are the most at risk of developing it, although a person very exposed to the sun (or tanning beds) is at greater risk. Inflammatory skin diseases such as scars, ulcers, chronic infections, burns, X-rays or certain chemical agents also increase the risk of SCC. Although dark-skinned people are less likely than light-skinned people to suffer a CCE, all skin types are vulnerable.

The importance of early treatment

According to the foundation's experts, the CCEs that are detected and removed soon are almost always cured. If left untreated, they end up penetrating the underlying tissues causing disfigurement. Very few extend to local nodules, distant tissues and organs, and can then be lethal. Any suspicion of growth should be biopsied by a doctor as soon as possible. If tumor cells are found, treatment is needed. This can be ambulatory in the doctor's office or in the clinic.