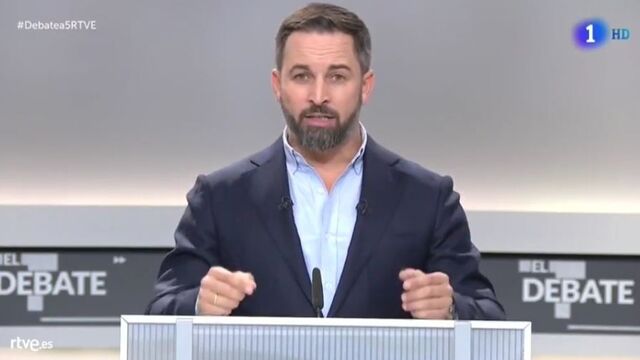 The president of Vox, Santiago Abascal, has resorted to an appointment of the Falange to conclude one of his interventions in the economic block. This is "Only the rich can afford to have no homeland," pronounced by Ramiro Ledesma Ramos, founder of the JONS and the Spanish Falange.

Abascal has turned to the Falangist slogan to close his turn of speech while the rest of the candidates crossed different economic measures. The leader of the extreme right has not made much noise during this section: he has only demonstrated his proposal to end the system of autonomous communities included in the Constitution.

Referring to "regional separatism," the Vox candidate for the presidency of the Government has indicated that the economic deceleration "will find" the country "without national unity, without legal certainty, without water for all." "I think that for the most humble Spaniards, Spain is their only heritage," Santiago Abascal has summed up, without providing details of their economic measures in the case of reaching Moncloa.