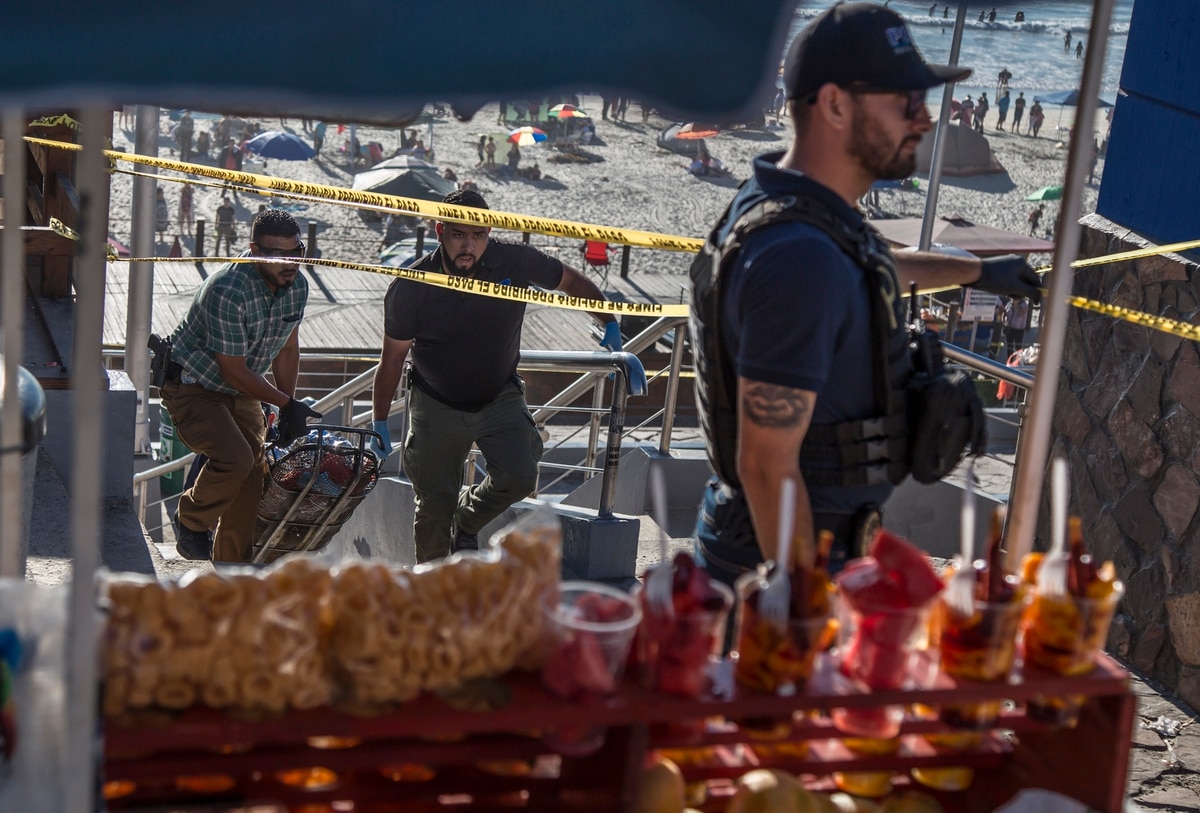 Tijuana is a myth and is a reality, both at the same time without being contradictory. His status as a border city with the richest state in the United States has given him part of his identity seal, which he surely has, although many doubt it. The Volstead Act put into effect in 1919 made Tijuana a business space forbidden in the United States and led to the opening of commercial establishments where to buy and consume alcohol, play games and give free rein to the pleasures of the body. In a sense, that is the origin of Tijuana or its evolution from the ranch of Aunt Juana to urbanization as a space for commercial transactions, mainly of the turns around the aforementioned activities. Being a neighbor of San Diego, a military city, home of the main naval base of the United States in the Pacific Ocean, Tijuana became a subsidiary urban center and offering services demanded by the American militia in its frank days.

So, although many people in Tijuana are rightly bothered that their city is identified with the illegal activities and the violent environments in which they take place, and they are not at ease with what they call “Tijuana's black legend” , the stereotyped vision allegedly created from the projection of an imaginary built from the puritan perception of the American elites that imposed on this city the labels that associate it with vice, play and prostitution, the imprint of the border condition and The prohibitionist policies imposed from the highest power in Washington have given it a strategic centrality in the transfer of illicit drugs across the border.

It is true that over time Tijuana has diversified and become an extensive metropolitan area, the sixth most populous in Mexico, with all the problems and complexities in which chaotic growth becomes and without patterns that give it a sense of order. It is a complex and contrasting city, which houses many expressions that speak of its creative and innovative force, attractive, fascinating and disturbing for own and strangers who arrive and are surprised in front of those other faces of a Tijuana that breaks the stereotypes of the city they didn't have in their records and maps of their exploratory route.

But at the same time, there is that city that Robert D. Kaplan describes in a picture: “… in Tijuana the parade of cases of sexual exploitation, children, unsafe vehicles, bridges without railing, shops where prohibited drugs were sold, buildings was continuous without doors… ” It is a vignette that can be found in any report about the city or in any sequence of local journalistic notes; It refers to a socio-urban environment that even reads in the claims that representatives in the municipal council have recently made to the local authority. Nor can it be denied that it is a city with a lot of violence in all its different areas, where the deadliest is associated with the illegal drug market. The city with these demographic dimensions is also a drug market for an important addicted population.

This story comes from the beginning of the 1970s, when the government of President Nixon in the United States, imposed on the rest of the world and especially Mexico as a neighboring country, a role as guardian of the borders to prevent the enervants from reaching their demanding society. Today we know that Nixon's policy devised by his secretary of the interior John Ehrlichman, had a purpose of internal social control aimed at the African-American youth population and the young opponents of the war in Vietnam. Thus, Tijuana became a city of tourism "Pacheco" for the university youth of California in its spring breaks and weekend getaways to the place where to make the psychedelic past of initiation, in the middle of the hippie youth rebellion. In any case, that was the friendliest image associated with the new role imposed by Washington's prohibitionist policy.

The truth is that this prohibitionist policy made Tijuana as a border city a strategic point in the illegal trade of banned drugs across the international border. Of course, as in any activity prohibited, criminalized and prosecuted by the State, the agents in charge of organizing the market emerged under the protection of those who from a position of institutional power provide them with the protection and facilities for commercial operations in exchange for shared benefits. These are highly competitive activities, where disputes over the control of routes, territories and cargoes are resolved violently. In that sense, Tijuana has been a city where the violent presence of criminal organizations engaged in the trafficking of illegal drugs has left a deep mark of their activity, included in the records of violence and the red note of the regional press, although also in the guidelines of a subculture that tends to legitimize this type of activities socially.

According to the remembered journalist Jesús Blancornelas, in the early 1980s the presence in Tijuana of the organization headed by the Arellano Felix brothers as owners of the plaza began to be felt. That organization would have been involved in direct trafficking, charging the right to the Sinaloa cartel and as "brokers" of the Colombian cartels that until those years had control of the cocaine market in the United States. This city offers the advantage of being mostly connected to the center and south of the country, especially with the corridor of the Pacific states, places also linked to the production of enervants, while it has been the main border crossing into California .

The criminological records show on a recurring basis that Baja California and especially Tijuana are places of lethal violence. Tijuana has been reported in recent months as the most violent city in the world. It may not be, but the records of homicides that happen here exceed themselves month after month, without any authority to implement an effective police control strategy that puts a stop to the killings attributed to the fight for drug control, that is, street drug sales. It is true that the homicidal violence is not new and has taken root in the city as if it were part of its nature, but it is clear that it is the expression of an open struggle between criminal organizations that dispute a vacuum of hegemony in control City criminal as a drug market. If organizations such as the Tijuana cartel and the Sinaloa cartel have been decimated by the federal government in recent years, what remains of them and others that seek to enter this territory, maintain a war for control of the most important square.

It was assumed that the regulation that allows the legal market for recreational use of marijuana in California could affect organizations dedicated to traffic from Mexico, but so far the legal market in that state of the American Union only controls 20 percent of the sales, while the illegal market is still hegemonic and could explain the seizures of marijuana shipments in Baja California and the recent discovery of a tunnel near the Tijuana airport, but also, seizures of synthetic and opioid drugs at the airport , indicate that this city is still very important for organizations dedicated to international trafficking of prohibited substances.