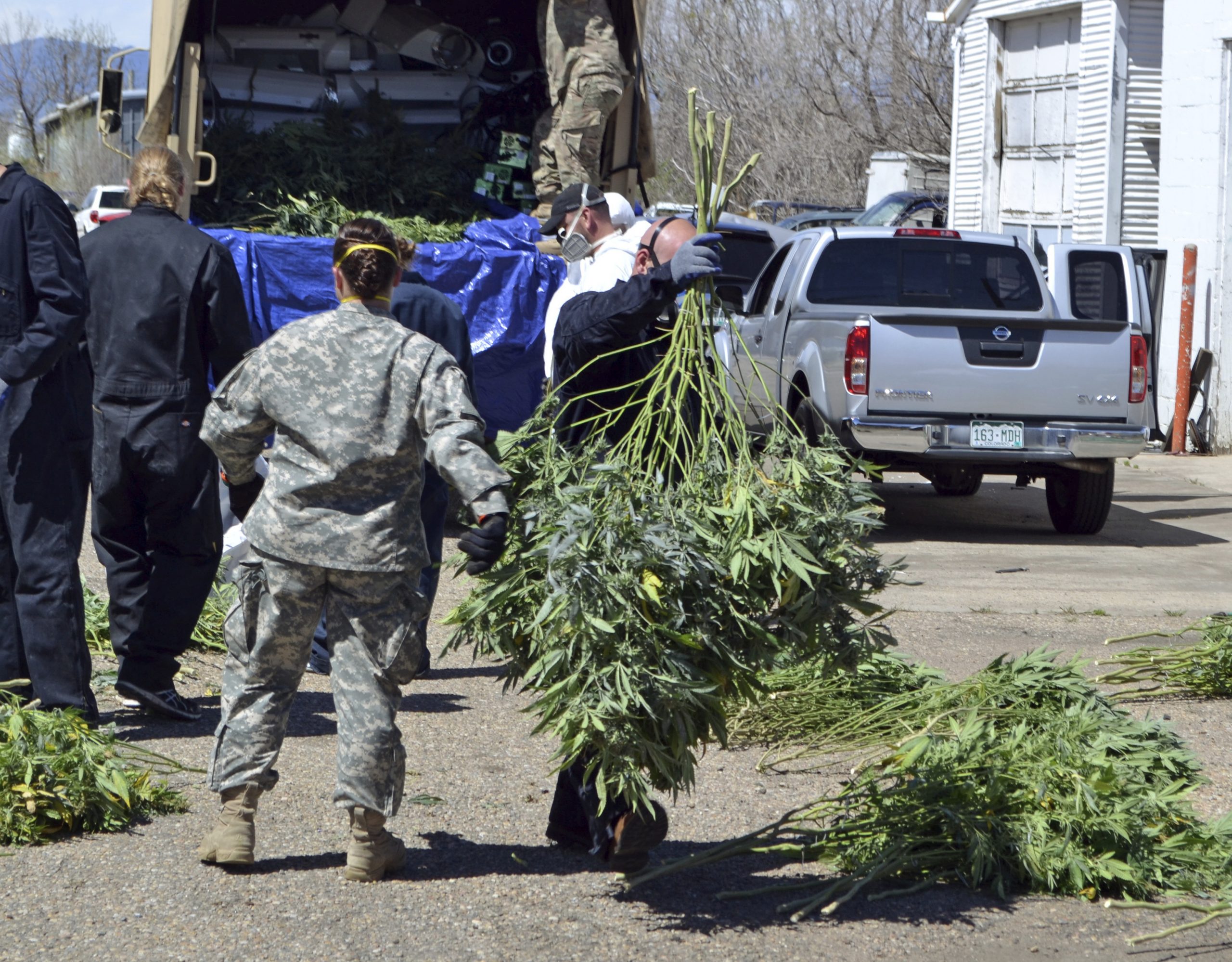 Salem, Oregon – A southern Oregon county says it is so overwhelmed by the increase in the number and size of illegal marijuana farms that it declared a state of emergency Wednesday, requesting help from the governor and state legislature.

The Jackson County Board of Commissioners noted that county and state police and regulatory authorities, as well as violation inspectors, have been overwhelmed, and warned of an “imminent threat to the public health and safety of our citizens. due to the illegal production of cannabis in our county ”.

Illegal marijuana crops have been a persistent problem in the West, even in states that have legalized it, like California. However, the gigantic drought in the west has made addressing it urgent, as illegal water-stealing growers deprive legal users, such as farmers and homeowners, of an increasingly valuable resource.

Only four full-time employees of the Oregon Department of Water Resources handle the complaints and also assume all their additional duties in Jackson County and neighboring Josephine County, according to commissioners.

Josephine County has also been hurt by illegal crops, whose owners have drawn water from streams and underground. Josephine County Sheriff Dave Daniel believes there are hundreds of illegal farms in his county alone. Police raided one with 72,000 marijuana plants that drew water from the Illinois River after a dying person who worked there was left in a nearby town.

Oregon voters legalized the production, processing, sale and recreational use of marijuana in a proposal included on the ballot in 2014. Cannabis businesses must be registered with the state, which is charged with enforcing the rules. But some of those who grow and process it remain outside the law, as does a recent influx of people flocking to Jackson and Josephine counties trying to make big profits by selling it on the black market outside of Oregon, as time they evade taxes and state regulations.