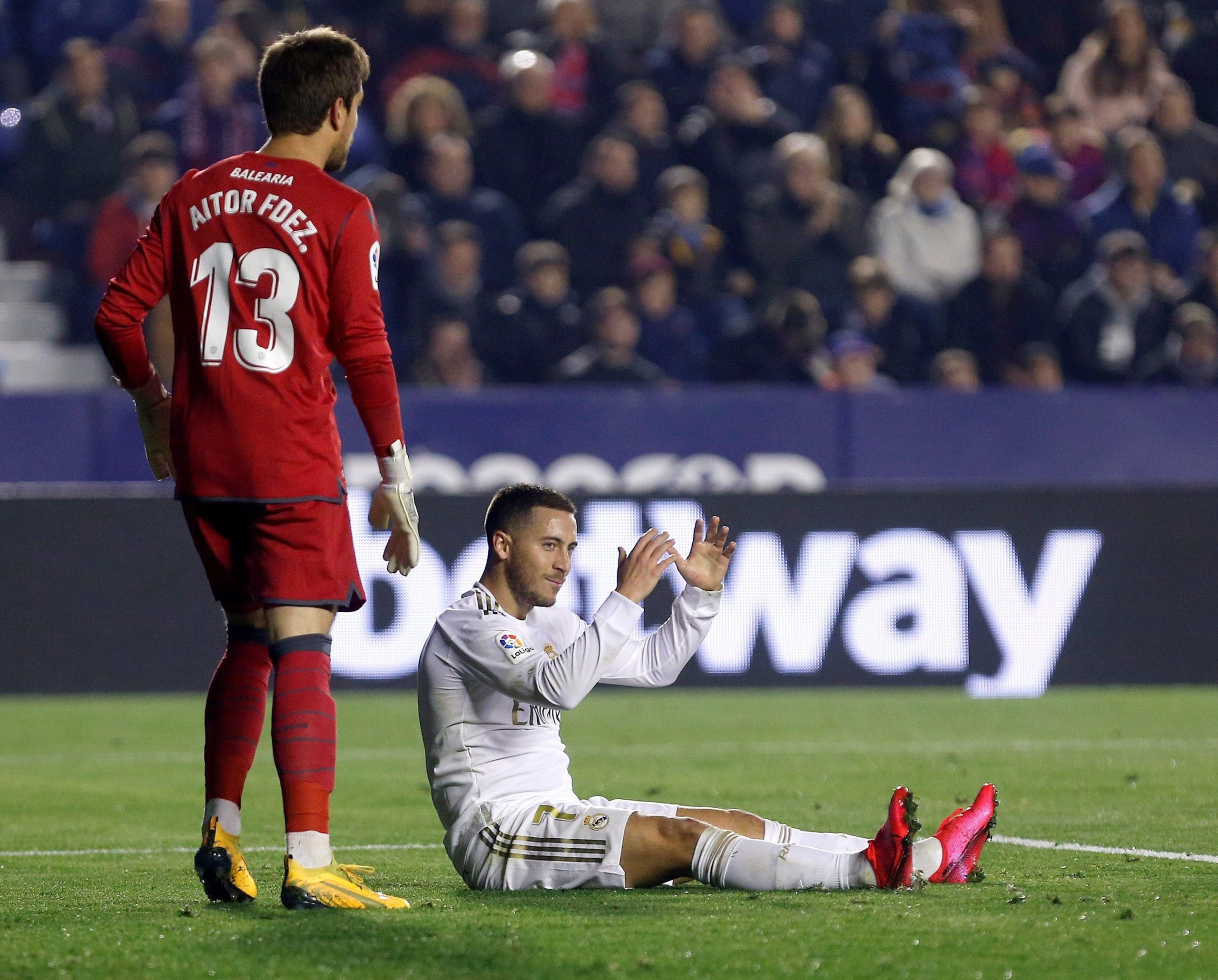 Drafting Sports (USA), March 5 (EFE) .- The Real Madrid striker, the Belgian Eden Hazard, who since arriving at the team earlier this season has had serious problems with injuries, this Thursday will be in the hands of the specialized orthopedic surgeon, the American Eugene E. Curry, the great star of the WB Memorial Clinic Carrell of Dallas (Texas). Curry’s choice was made by both Real Madrid, the player and the environment that represents him. The mission of the prestigious American surgeon will be to correct Hazard for the fissure he suffers in the distal fibula of the right leg. Although everything indicates that Hazard’s injury will be considered by Curry and his team of collaborators as if it were a fracture, which would entail, according to experts, the placement of some type of artificial protection inside the ankle, in addition to removing the plaque placed in the operation he underwent in 2017 while he was still a Chelsea player of the English Premier. Member of the prestigious specialized medical center since 1996, Dr. Curry has become one of the country’s leading specialists as to the treatment of foot and ankle injuries in both athletes and people who are not athletes, although he grew up in San Francisco, where he finished secondary school and then received his degree in Biomechanical Engineering with Cum Laude honors from the University of California in San Diego, all my training as a specialist surgeon I have done in the pioneer medical centers of the state of Texas. He earned his medical degree from the prestigious Baylor College of Medicine in Houston and completed his residency as an orthopedic specialist at Baylor Scott and White Memorial Hospital and Clinic, Texas A&M University, in Temple (Texas) .His residence also included rotations in Houston , in the Trauma Service of the Harris County Hospital, Ben Taub, the most prestigious public medicine system in the country. The same as his stay at the Shriner Hospital for Crippled Children, another pioneer medical center in his specialty, his great work during the residency earned him a membership in the prestigious Alpha Omega Alpha Medical Honor Society and received a grant in Surgery of Foot and Ankle at the Medical College of Wisconsin in Milwaukee under the supervision of three widely respected and nationally renowned leaders in foot and reconstructive ankle surgery such as surgeons John S. Gould, Michael J. Shereff and Jeffrey E. Johnson. That’s when he began to relate to the world of professional sports by helping with the care of injured athletes of the Milwaukee Admirals Hockey Team, the Milwaukee Brewers Baseball Club and the Milwaukee Ballet Company, which allowed him to obtain a better vision for the care of orthopedic foot and athletic ankle injuries. Once in Dallas, Curry became fully involved in the care of high-level athletes with sports injuries in the foot and ankle. Recent advances in orthopedic technology have allowed patients with ankle ligaments and tendon injuries to return to their pre-injury activities much faster, with periods shorter immobilization and inactivity, earlier weight loading, less muscular atrophy and lower injury rates than in the past. Dr. Curry uses advanced techniques in ankle ligament reconstruction (internal reconstruction of the orthopedic apparatus, ligament reconstruction deltoid and spring) and Achilles tendon repair (percutaneous PARS method) to allow athletes to resume normal activities and return to play with minimal downtime. These have been the main reasons why the international player Belgian and Real Madrid decided to have their operation done by Dr. Curry and his team of specialists as.The professional sports teams based in Dallas such as the Cowboys (NFL), Mavericks (NBA), in addition to the Department of Athletics of the Southern Methodist University have him as their orthopedic consultant in everything related to foot injuries and ankle. (c) EFE Agency