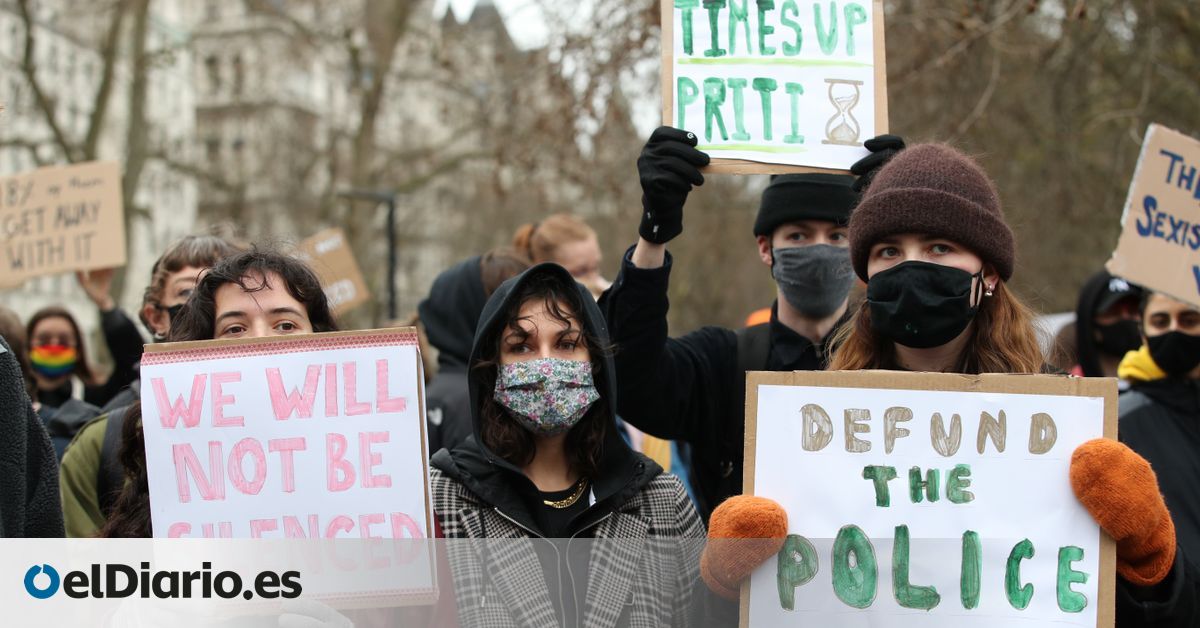 Holly arrived at the chosen location in South London with her partner around 5:00 p.m. “People were incredibly peaceful, leaving flowers, candles and plaques around the kiosk.” When he arrived, there were no more than a dozen policemen in the vicinity. But as soon as night fell, coinciding with the scheduled time for the start of the vigil, “the police made themselves known,” he says. There were up to 50 officers and a line of seven or eight police vans.

Holly is one of the young women who, along with hundreds of people, came last Saturday to pay tribute to Sarah Everard, the young woman kidnapped and murdered by a policeman who disappeared on March 3 when she was walking home alone.

Police action during the protest has been seriously questioned after the dissemination of images of agents handcuffing and forcibly taking some of the participants, after the act had been disallowed by the pandemic. This Sunday, thousands of people again rallied in central London to protest against police brutality and violence against women. British Prime Minister Boris Johnson on Monday expressed “deep concern” about the police action on Saturday.

Clapham Common was the place chosen for the initial vigil, one of the last places Sarah passed. Under the motto “Let’s reclaim these streets “, a group of women were in charge of summoning the rest during the previous days. As explained, they were in continuous contact with the London Metropolitan Police (also known as Scotland Yard) and the Lambeth City Council to make the vigil possible. The intention was to make a small meeting and observe a minute of silence in memory of the murdered young woman. However, that same day, Scotland Yard confirmed that, due to the restrictions against COVID-19 – currently England is confined – the meeting was “illegal” and the organizers say that they could face “tens of thousands of pounds in fixed penalty notices and criminal prosecution under the Serious Crimes Act”.

The vigil was canceled, although various lawyers confirmed to the organizers that the police were wrong in their interpretation of the law and that “meetings of this type abroad, where social distance is respected, are allowed under the current restrictions, protected under the Declaration of Human Rights”.

Throughout the morning and afternoon of Saturday, dozens of people came to the small bandstand in the middle of Clapham Common to honor the deceased young woman. Gradually, a giant wreath of flowers, candles, handwritten letters, and posters formed around the kiosk.

“Around 6:15 p.m., the police began to surround us and group us all into a narrower group. This was when people began to get irritated, with good reason, by the presence of the policemen and began to chant phrases like ‘arrest a yours’ and ‘shame,’ says Holly.

“I would call them police crews, because there were at least six or seven in each group. They began to surround everyone who was in the asphalt circle and that put people to the limit, says Ania, a neighbor.

She explains that she stayed out of the asphalt circle surrounding the bandstand, peacefully, out of the crowd, not disturbing anyone. When the police began to move, one of them approached him and very politely asked him to move, “or else I’m going to have to arrest you,” he said, according to his testimony. At that time, Ania was just standing by. stand silently, keeping a safe distance and wearing a mask.

“People started to get angry about this imposition,” says Ania, referring to how the police began to gather the participants of the impromptu vigil. His intention, he says, was very clear. “They wanted to occupy the bandstand, which is what they did. They replaced the people who were in the bandstand ”.

“Initially, two officers made it to the top of the kiosk, but when the rest started moving, they stepped on all the flowers and candles that people had placed in memory of Sarah” to reach the kiosk, Holly says.

The kiosk, because of its elevated position, had been chosen by a small group of women to give a short speech. Various slogans were heard and the police began to shoot some of the women who were expressing themselves freely, Holly says. Ania remembers that, since they did not have a megaphone at hand, people kept repeating what was said, like an echo, so that it would reach those who were further away from the kiosk.

However, the police made their way to the top of the kiosk, and began arresting those who were there. “They took them to the police cars. There were about seven officers for each one of them,” says Ania. A total of four women were arrested that night. When this started, some participants started throwing objects at the police. “On several occasions, officers pushed women and men, kicked and stepped on flowers and objects left in memory of Sarah Everard,” says Holly. Meanwhile, police formed a cordon around the bandstand, from within, to prevent someone else from using the elevated location to speak publicly.

“I am very upset by the way the police showed their presence. Hundreds of women and I, along with so many other men, wanted to be there, in silence, to show our respect for the lives of the women who are violently murdered every year. at the hands of men. All women wanted a place to feel safe and showing such a police load, in an act by a woman killed by an officer, is really sick, “says Holly.

“The fact that he was a cop makes him that much more tragic and despicable. They are people you are supposed to trust, ”says Ania. “I’m not saying that all agents are the same. But, first of all, how did they hire this policeman?

The London Metropolitan Police justified this Sunday its questioned intervention to disperse the protest held in the south of the capital. Deputy Commissioner Helen Ball said the officers found themselves in a situation where it was “necessary” to take “action to enforce the law.” “There were hundreds of people tightly packed together, posing a very real risk of COVID-19 being easily transmitted,” Ball said, insisting that the police “must act for the safety of citizens.”

The policing of the vigil sparked anger in London society. For Sunday March 14, coinciding with Mother’s Day in the United Kingdom, various groups and organizations called for more protests and demonstrations due to the death of Sarah Everard.

The exit of the Westminster tube was quiet, there were only a few women with banners in their hands. But when exiting the subway there was no possible doubt. The view of the Parliament building was covered by a line of police vans, manned by between five and seven policemen.

The first of the protests began at 4:00 p.m., and was scheduled in front of Scotland Yard. However, when people tried to gather together peacefully, they found the police building completely fenced off and a cordon of around 50 police officers behind it. Faced with the impossibility of gathering there, the crowd went to Parliament Square, where they waited for the deployment of forces at the entrance of the subway and numerous agents in the surroundings.

During the protest, the attendees maintained a minute of silence for the death of the murdered young woman. They lay down, occupying every free space in solidarity. Every corner of Parliament Square and the black gates that surrounded Parliament were decorated with banners, cardboard, candles, flowers, and letters. There was also time for some speeches, shouts and demands, all in a peaceful way. The police at all times kept their distance, despite the great deployment of resources. From “shame” to “eliminates the law”, in reference to the new reform that begins to be debated this Monday in Parliament and that can give, among other things, greater freedom and greater powers to the police force over the course of demonstrations and protests.

However, in the face of protests and demonstrations, the Labor Party has indicated its intention to vote against the new law. In light of the recent events surrounding the death of Sarah Everard, the Labor Party has indicated that “now is not the time to pass ill-thought-out measures to impose disproportionate controls on freedom of expression and the right to protest.”

The second of the demonstrations began in Trafalgar Square at 6:00 p.m., went down Downing Street, the residence of British Prime Minister Boris Johnson, and passed through Scotland Yard until it ended in Parliament Square. The policemen kept a safe distance at all times, even when the participants stopped in front of the prime minister’s residence, where the protesters chanted slogans and rebuked him.

One of the most notorious incidents during the afternoon was the police cordon that formed around the statue of Winston Churchill. During the demonstrations for the Black Lives Matter, some protesters dressed the statue. The police gesture fired up the crowd more.

“The Winston Churchill statue is very important. It seems that is where they want to put time and resources, ”says a young participant. “We’re talking about how all this time, all these policemen and vans are here, surrounding a statue. What about the women who might need protection tonight? What woman is walking right now and may need the protection of the police, and they have diverted all these human resources here?

“It is a clear sign that the police do not care. Even now, they stand behind the fences, showing that they are not here to protect us. They are here to protect a building and the statue of Winston Churchill, ”says another young woman next to her. “Protect the statue of a man during a protest on women’s rights, while women ask not to be killed. It is the perfect summary of everything we are fighting for ”. 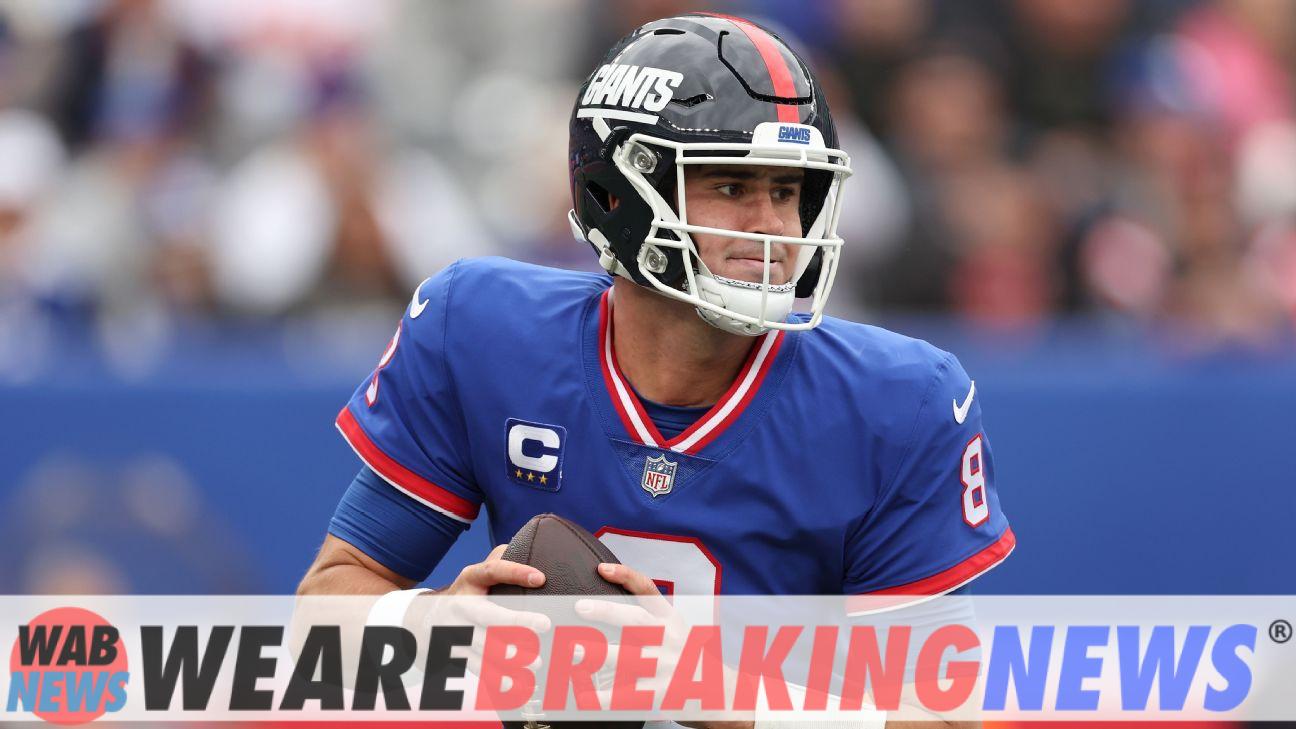 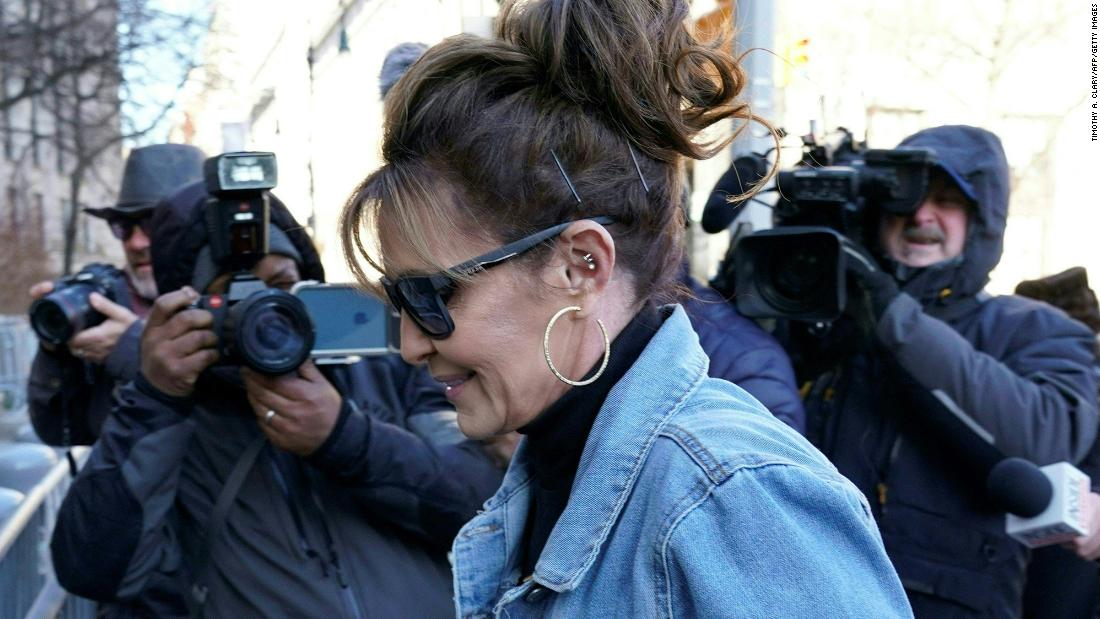 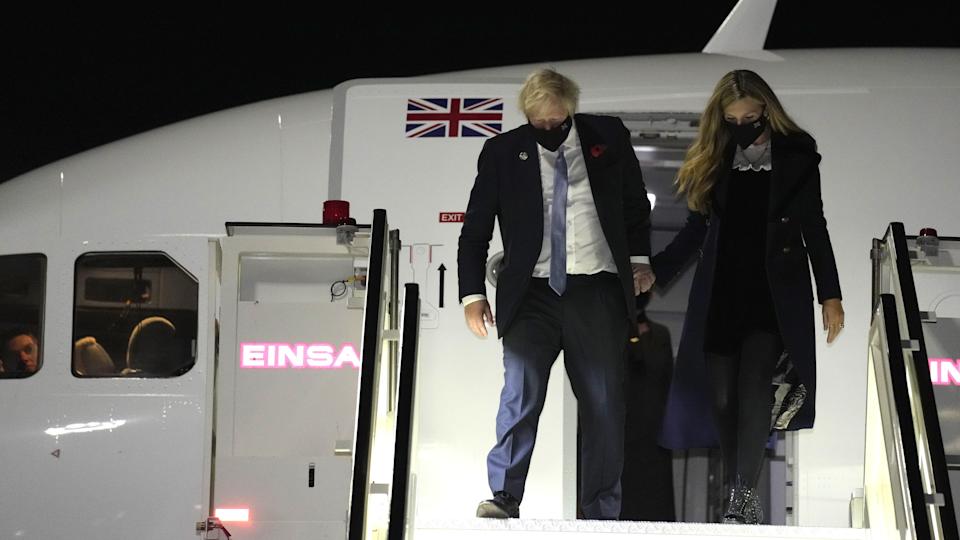