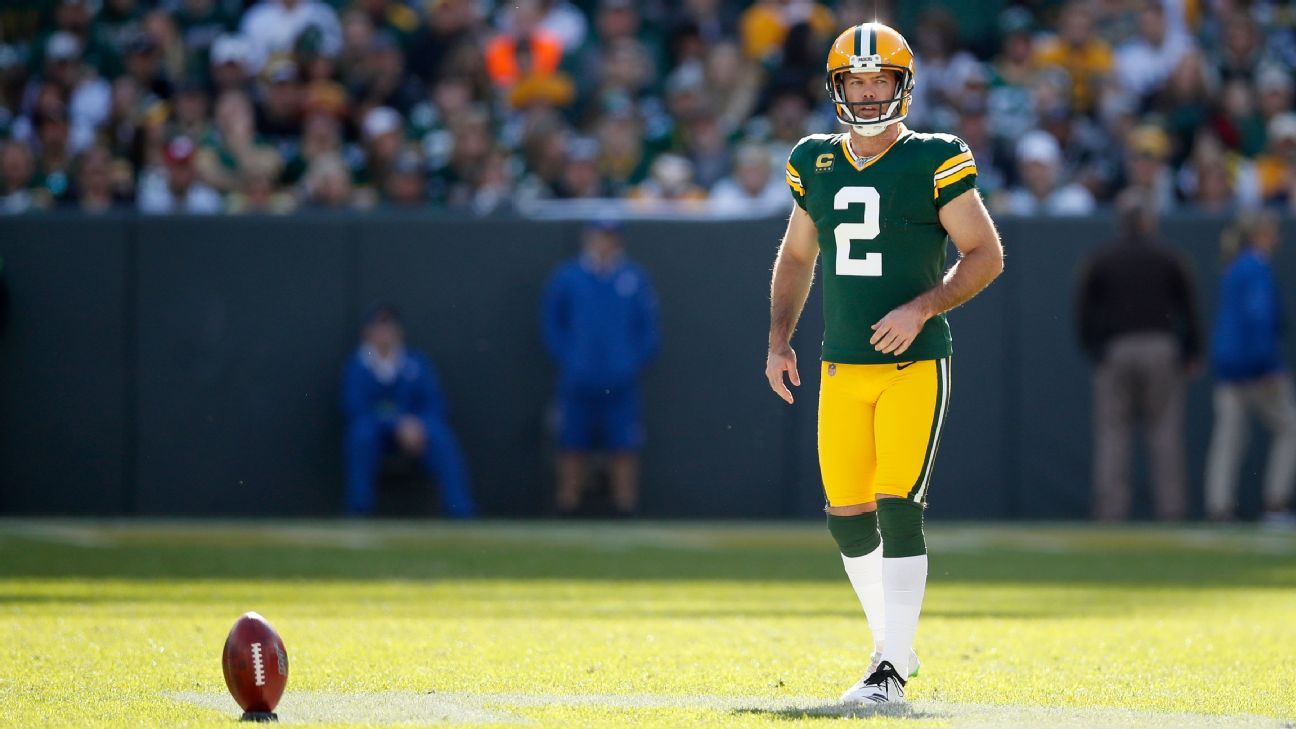 Place kicker Mason Crosby has agreed to a three-year contract with the Green Bay Packers, his agent, Mike McCartney, announced via social media on Saturday.

The three-season deal is for $ 12.9 million, sources told ESPN, with Crosby receiving $ 6 million in 2020 and 9.5 million over the second year of the deal.

The sixth-round recruit of 2007 has spent his entire career with the Packers, and comes from a season in which he imposed a personal mark with a success rate of 91.7 in field goals, tying the team’s mark. He missed only one extra point on his way to being named alternate for the Pro Bowl.

“I think when you have someone who has gone through the fire like Mason, for a guy in my position, it makes us feel very comfortable,” Packers general manager Brian Gutekunst said Friday. “Obviously, he had an excellent season last year. He is an important part of our team, an important part of what we want to do. We hope he reaches the right end.”

At the age of 35, Crosby has shown no signs of diminished power in the leg.

He holds the record of points scored for the Packers, a mark he achieved during the 2015 campaign. He owns the seven longest field goals in the team’s history (one of 58 yards, two of 57, three of 56 and one of 55).

Crosby also has the NFL postseason mark for the most consecutive field goals scored, with 23 (from 2010 to 2016).