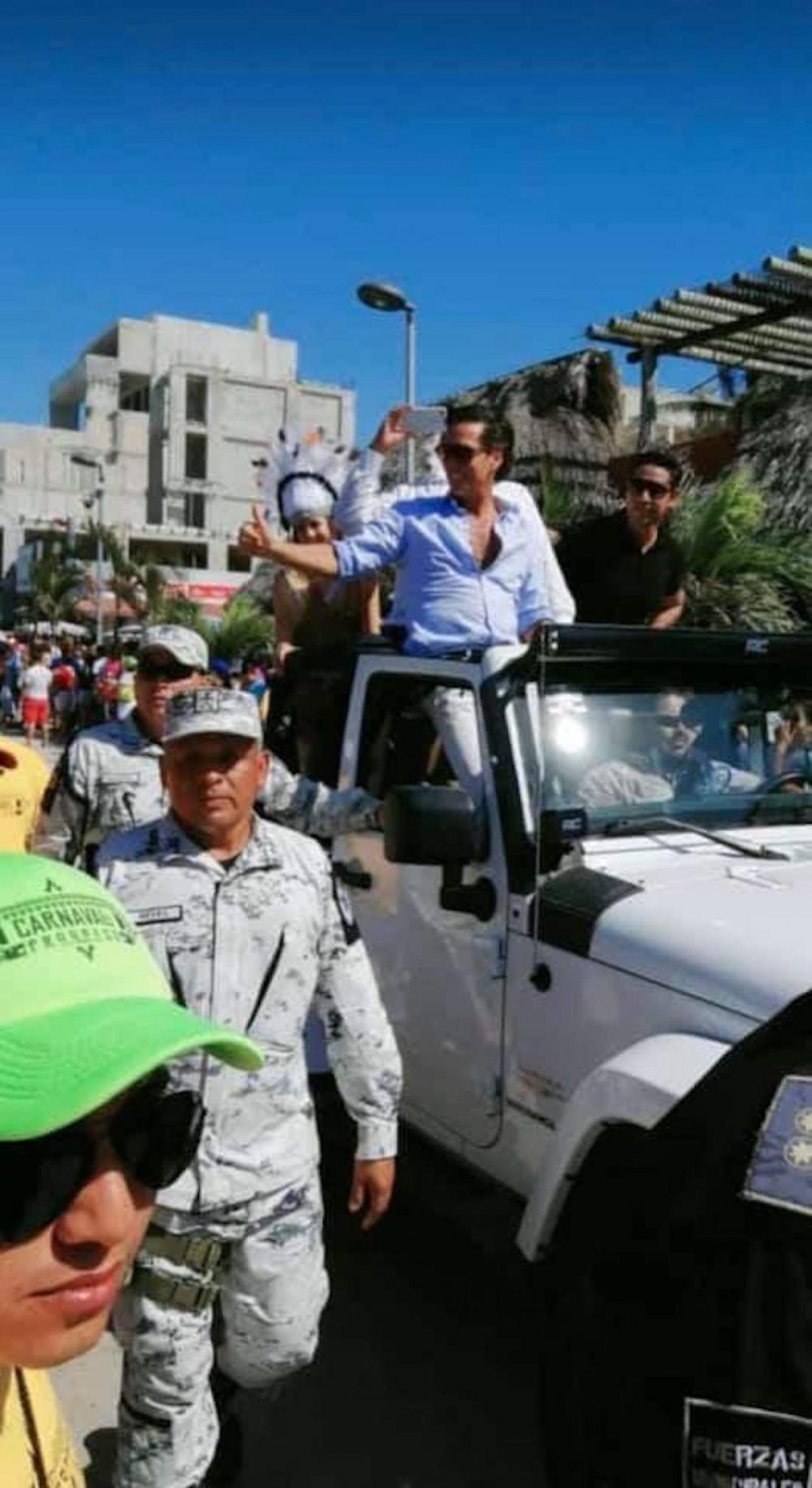 Exclusively, the actor says that the municipal police were overwhelmed by so many people that were there and that to avoid accidents, the National Guard sat down to help them

The actor Roberto Palazuelos is in the middle of the controversy for having been guarded by four members of the National Guard during their participation in the Carnival of Progress, in Yucatan.

Users on social networks criticized the presence of the elements in such an “unimportant” event while the National Guard itself implied through a tweet that it did not agree that this type of protection has been given to the actor.

Who he talked exclusively with Roberto Palazuelos, who clarified that the National Guard was not there to guard it but to help the municipal police to control the order during the tour of the allegorical cars and cars.

A scandal was armed by the photos that leaked from four elements guarding you …
It’s ridiculous because the thing is very simple: I was hired by the municipal president of Progreso (Julián Zacarías) to head the Carnival of Progress. When I arrived, they had a white Jeep there. I came with three people from my personal security who appear with me.

What happened during the parade?
When we got to train people saw us. I came as with eight municipal police and my personal people. But when he saw us, people began to circle the Jeep to a degree that there were already hundreds of people moving the Jeep. Then, the Municipal Police were overwhelmed and had to ask for support from the National Guard, which was in the area to protect the people.

What then was the role of the National Guard in this?
The National Guard helped to put order so that we could start the festival and it was also the idea of ​​the organizers to stay there because the people and the kids got up and jumped on the Jeep that was in motion, there could be an accident at any time.
I believe that the National Guard, rather than guarding me, protected the integrity of the people so that they would not be machucar with the Jeep tire and also supported the Municipal Police. In fact, there is an article, I think it is the fifth of the National Guard, which allows me to support municipal police, especially in places where there are too many people. They have a roll of help and collaboration between them and all they did was apply it.

So, it’s not that you requested it …
Not at all. Obviously I did ask the municipal president to have security at the Carnival because I was going to expose myself to 150,000 people there. The Carnival was a success, it was super nice, there was no problem at all, the people of the National Guard were super educated with the people, I was very pleased who took care that the people did not throw themselves on the Jeep because they like They bring a different education on how to treat people. They treated them very well and took great care of the children and adolescents who came on my car so they wouldn’t get hurt. That’s why I uploaded a small video of when I come to finish the tour in which I thank you that they made things a lot easier and that more than protecting me, they protected people from getting hurt.

What do you think of the tweet of the National Guard in which it is mentioned that those who authorized to take care of those four elements will be sanctioned?
First, to see if he is going to sanction, he would have to determine if there are attitudes or behaviors worthy of sanction. I think they already realized that it was none of that. The National Guard was doing the right thing, it was a great help and through this means I thank you again that you were there to prevent anyone from getting hurt and for supporting the Municipal Police.