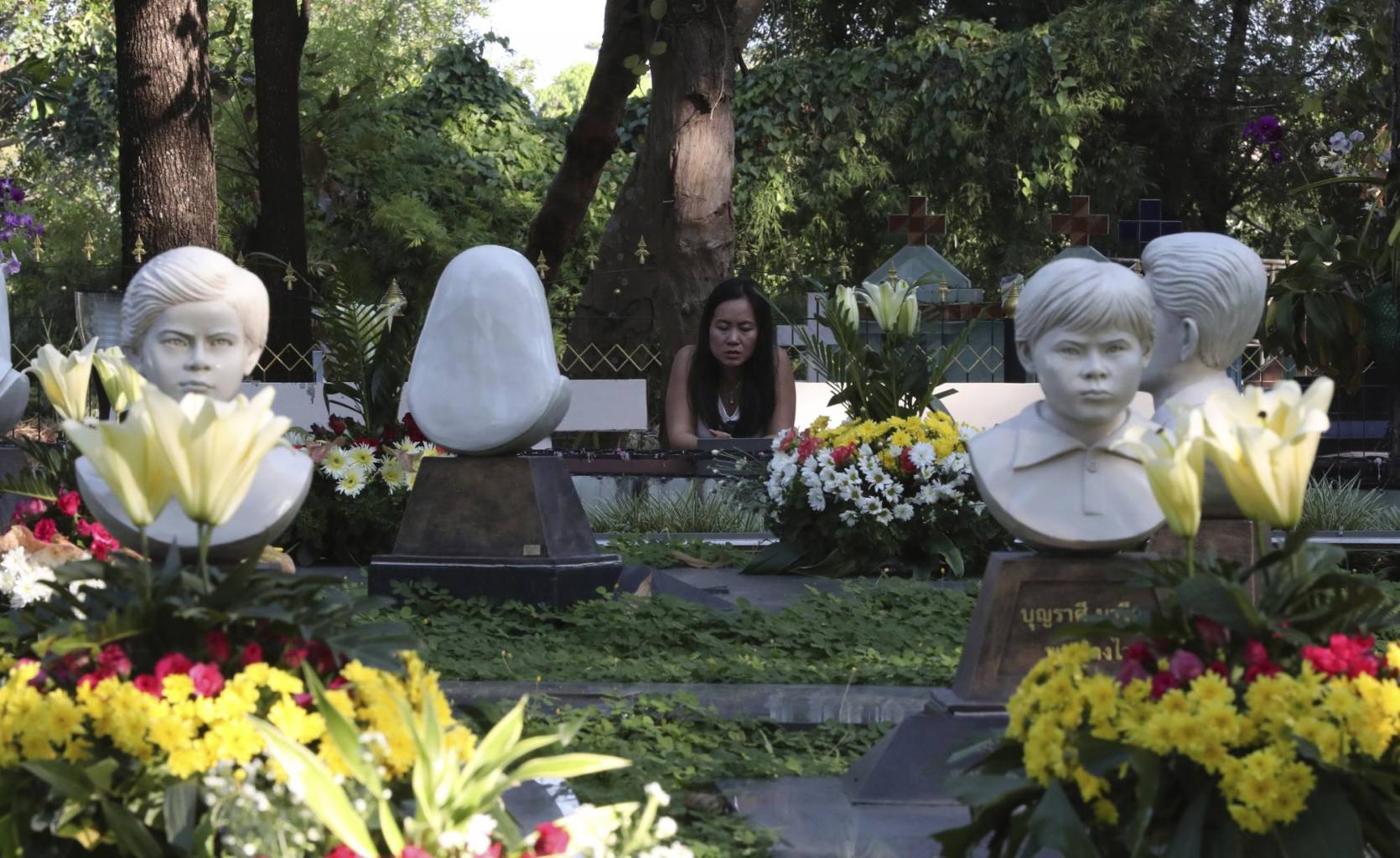 SONGKHON, Thailand (AP) – When Pope Francis arrives in Thailand this week, he will visit a country that opened his arms to Roman Catholic missionaries more than five centuries ago, whose Buddhist population is very tolerant of other religious beliefs. But where in 1940, in the midst of a worldwide militarist and xenophobic wave, seven Catholics were executed for refusing to renounce their faith.

The "Seven Martyrs" were beatified by John Paul II in 1989 and could be elevated to holiness. They were the first Thais to receive that recognition from the Vatican. The date of his beatification, on October 22, is remembered every year in this village where they died, in which there is an altar and an educational center for Catholics.

“We must not repeat bad things. We must learn the lessons of history and move forward, creating a new religious history that unites all Thais as brothers and sisters, ”said the Reverend Prayoon Phongphit, chancellor of the regional archdiocese, at this year's ceremony.

The history of the seven martyrs, little known, is a matter more political than religious.

They were victims of a nationalist wave, of an opportunist policy implemented by a Thai dictator to avenge the contempt of Western powers while modernizing the country following the Western model. The western model used closely resembled that of Benito Mussolini's fascist Italy.

Thailand avoided being colonized by Britain and France, active in the region, through territorial and economic concessions. France was left with a territory that Thailand considers its own, annexing it to its Incochine colonies of Laos and Cambodia.

Plaek Phibunsongkhram was one of the army officers who in 1932 overthrew an absolute monarch in order to modernize the country. In 1938 he was appointed prime minister and promised to soften the extreme nationalism seen in Nazi Germany and in Italy, which tried to eliminate minority cultures with their own languages ​​and religions, uniting them all behind the king, as a nation with a religion, Buddhism .

The rise of Phivunsongkhram coincided with Japan's efforts to create an empire in East Asia. The Japanese promoted Asian chauvinism, urging that the peoples colonized by Britain, France and the Netherlands expel their Western oppressors.

Events in other parts of the world suggested that nationalist leaders were the dominant forces of the future. The German army, an ally of Japan, seized most of Europe.

An emboldened Phibunsongkhram attacked the demoralized French forces in Laos and Cambodia, in an effort to recover territories that Thailand considered theirs.

Everything related to France was condemned and French missionaries in Thailand, along with their churches and their faithful, were considered enemies.

"Catholics were the perfect symbol of imperialism and the antithesis of a national identity because of its association with France, its history of political interventions and the fact that many converts belonged to ethnic minorities," wrote Shane Strate, a history professor at the University Kent State in the United States, in an essay.

Songkhon, village of Mukdahan Province, 550 kilometers (340 miles) northeast of Bangkok, was one of several Catholic settlements in the area. It had between 500 and 600 inhabitants, a church, a religious school, a French priest and two nuns from a Laos convent, which is located on the other side of the Mekong River.

Six policemen were dispatched to the town after Thailand attacked Indochina in November 1940. The officer in charge of that platoon, Boonlue Muangkote, imposed a new nationalist order and the villagers were pressured to renounce Catholicism and convert to Buddhism . French father Paul Fige was deported to Laos.

Boonlue thought that, since the priest was not there, the locals would renounce their faith. But the town's catechist Philip Siphong Onphitak assumed leadership of the parish until he was killed on December 22, allegedly by Boonlue.

Two sisters of the Congregation of the Holy Cross, Agnes Phila and Lucia Khambang, remained in control of the parishioners and challenged Boonlue's demands that they be converted. They gave up doing so in a meeting on October 22, in which they said they were willing to die for their faith.

On Christmas night, the nun Agnes wrote a letter to Boonlue informing him of his decision and urging him to fulfill his threat to kill them and "open the doors of heaven to us."

The letter was delivered the next day and Boonlue took the two nuns and some faithful to a cemetery, where he executed them. Among the victims were Agatha Phutta, 59, and three teenage girls: Cecilia Butsi, Bibiana Khampai and María Phon.

Boonlue was transferred in June 1941, but the persecution of Catholics continued until 1944, when Japan began to lose strength and Prime Minister Phibunsongkhram was forced to resign.

In this year's commemoration, Reverend Prayoon read fragments of Agnes's letter in front of hundreds of faithful.

“We ask that you fulfill your order. Don't delay it anymore. Please fulfill your order, please. We are ready to return our lives to God, who gave them to us. We will not be victims of devils and ghosts, ”said the letter.

The crowd then moved to the cemetery, in whose gardens there are statues of the martyrs in the shade of the trees.

“We feel blessed. We are celebrating the 30th anniversary of the beatification here and Thailand will receive the pope. I feel very proud, ”said Elizabeth Boonsong Sitthi, 62, from the neighboring province of Sakon Nakhon, who attends the ceremony almost every year and plans to go to Bangkok to participate in events related to the papal visit.