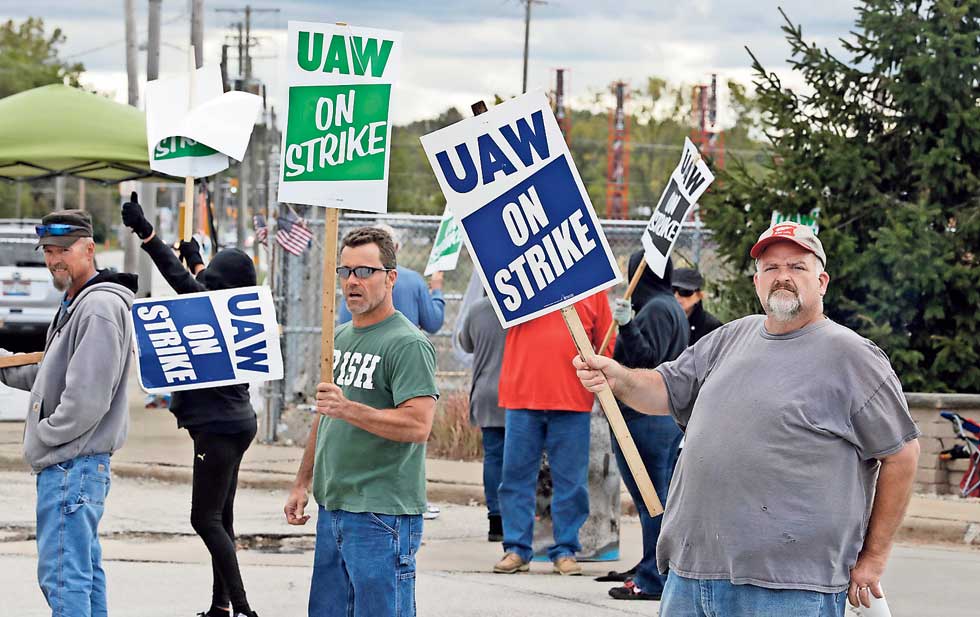 Several maquiladora plants in the town are affected in their operations due to the strike of GM workers in the United States, sources inside the companies confirmed.

Such is the case of the Mahle maquiladora, in which some 170 operators are inactive, waiting for supply material to be able to work normally, said the source, who preferred not to publish his name.

However, in addition to the operators, there are support personnel from the Quality and Production areas that are also not working normally, he stressed.

In addition to this firm, some more are having technical shutdowns due to the strike, although other maquilas, not necessarily from the automotive area, have them due to economic weakness and started weeks ago, as El Diario reported in due course.

Of the more than 300 thousand jobs generated by the maquiladora industry in Ciudad Juárez, about 105 thousand are part of the automotive industry, which is already being affected by the stoppage of General Motors in the United States.

The United Auto Workers (UAW) union strike began on September 16, so it is already in its third week.

Among the demands of GM workers, there is an increase in wages and benefits, in addition to ensuring that production is not taken to other countries.

Economists like Patrick Anderson, in Michigan, explain that the strike will have an impact on that state's economy, to such an extent that if it continues for a few weeks, there will be a recession in that entity.

According to JP Morgan, the strike has already left damages for one billion dollars and they continue to rise.

In Ciudad Juarez, more than 26 percent of the plants are linked to the automotive sector, according to Index data.

Although the Mahle maquiladora has been confirmed by name, other plants in the city are having similar problems, according to unofficial versions of employees.

In the case of Aptiv, it was tried to know its version regarding the plants that could be affected here, but until yesterday they did not respond to the messages sent.

Aptiv is a firm that has strong links to GM's automotive supply.

They are forced to stop

The delegate of the federal government in Chihuahua, Juan Carlos Loera de la Rosa, confirmed that maquiladoras in Ciudad Juarez already started with technical stoppages derived from this strike.

He mentioned that the foregoing was presented by Index Juarez in a meeting he held with them on Thursday afternoon.

“What Inddex tells me is that there is an affectation and they have been forced to make technical stoppages because of the GM strike and they have an agreement with workers not to affect their income and pay them half the salary. They get paid 50 percent of the salary even if they don't go to work, but they keep their bonds intact, ”he said.

According to Index figures, there are 329 maquiladora companies on this border, of which approximately 30 percent is from the automotive business.

This sector generates 35 percent of the jobs in the locality and according to IMSS data, until September the total number of workers in the processing industry totaled 200 thousand 041.

Aptiv, Electrocomponents, Lear, Robert Bosch, Cummins, Siemens, Valeo, Strattec and Continental are some of them, who manufacture auto parts that are distributed to different parts of the world.

Loera de la Rosa added that she will initiate efforts to provide worker employees with pantries and that the effects are minimal.

“I do not have the number of people affected, it can be 5,000 or even 20,000 for technical stoppages, but the maquiladora industry has handled it very well and it is not a crisis, although it is not enough that the federal government seeks support in kind working people, especially those who earn less, to complete them through food support; I'm already managed, ”he added.