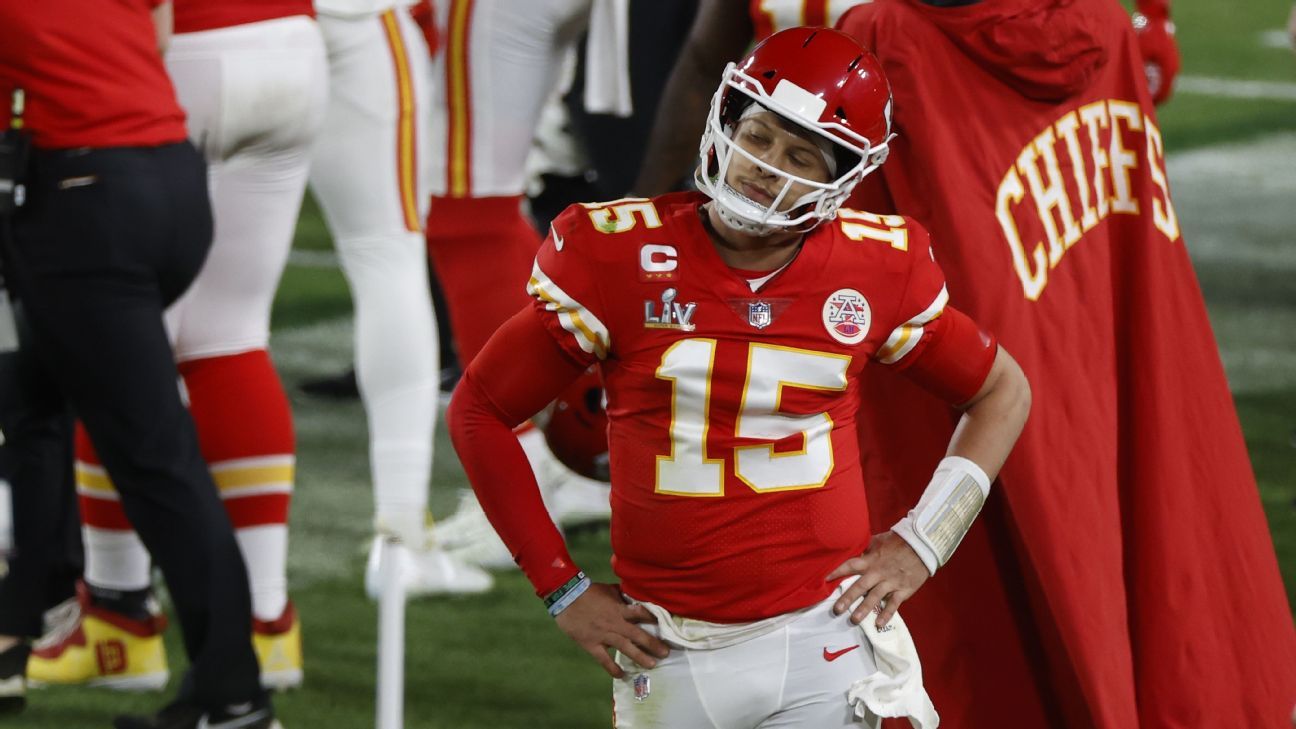 A source informed ESPN that the intervention would take place this Wednesday, and the Chiefs quarterback would miss part of the offseason work

KANSAS CITY – Patrick Mahomes is scheduled to undergo surgery Wednesday for a toe injury that upset the Kansas City Chiefs quarterback late in the season and throughout the NFL playoffs, a source confirmed to ESPN. .

Mahomes is expected to miss most of his offseason work with the team, but should be fully recovered by the time training camp starts, accord ing to a source.

Mahomes suffered one of the worst statistical games of his career in the Chiefs’ 31-9 loss in Super Bowl LV to the Tampa Bay Buccaneers. He went with 26 completions of 49 attempts for 270 yards, zero touchdowns, two interceptions and a 52.3 passer rating. Kansas City failed to score a touchdown for the first time since Mahomes became a starter in 2018.

But, as he pointed out shortly after the game ended, he performed well enough with injury during the AFC Championship Game, a win over the Buffalo Bills.

“I can’t say that my finger was a problem when I played two weeks ago and I did well despite it,” the quarterback explained. “Whenever you play football, you have to deal with injuries.”

NFL Network was the first to release the news of the surgery.