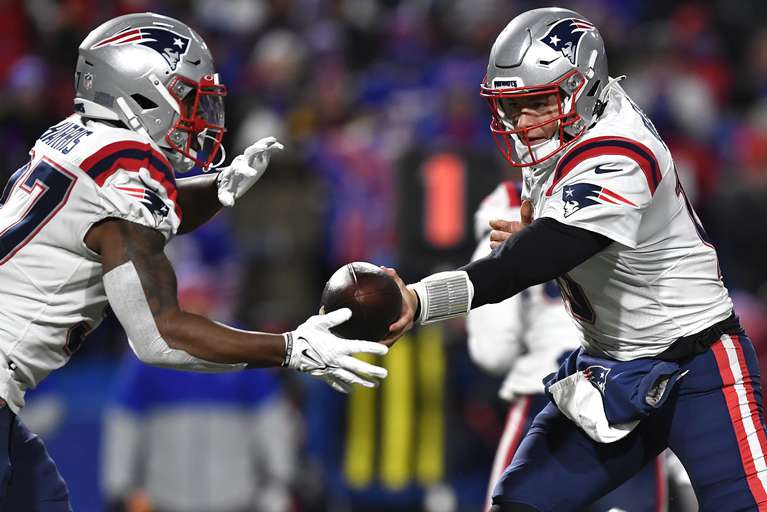 ORCHARD PARK, New York, USA (AP) – Damien Harris scored on a 64-yard run in blizzard conditions with Mac Jones making just three passes, and the New England Patriots took hold of a familiar spot. for them, the top of the American Conference, with a victory on Monday 14-10 over the Buffalo Bills.

Defensive back Miles Bryant sealed the victory by deflecting a Josh Allen pass into the end zone on fourth down and 14 yards to go at New England’s 18-yard line with 1:55 left.

New England (9-4) won its seventh straight game, improved to 6-0 on the road this season and now has a two-game lead over the Bills (7-5) in the top of the AFC Eastern Division. .

Harris finished with his season-best 111 rushing yards and opened the scoring for New England on his ninth offensive play. At third down and 5 to go, Harris escaped down the left side and made his way the rest of the way to the end zone untouched.

With the Patriots facing gusts of up to 64 km / h (40 mph), head coach Bill Belichick succeeded in converting two points courtesy of Brandon Bolden’s carry down the left wing.

The Patriots were never down on the scoreboard and Nick Folk hit two field goals – both with the wind behind – from 34 and 41 yards.

The Bills continued their inconsistency by falling for the fourth time in their last seven games, and they haven’t been winning streaky since going 4-0 between Sept. 19 and Oct. 10.