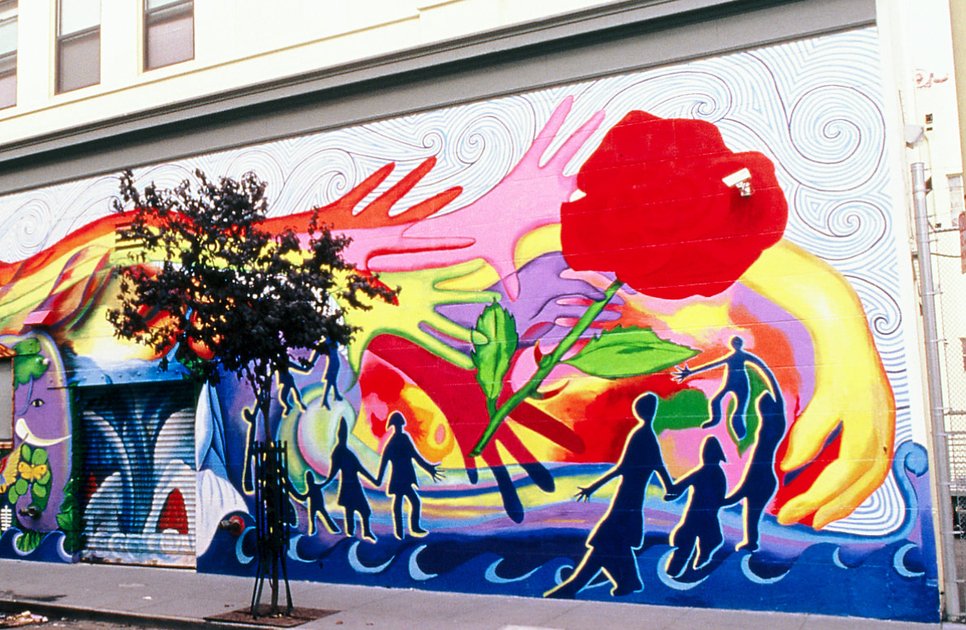 Given the situation in Chile at this time, the only peaceful path to development is the political and socio-economic inevitability of a social-democratic model for Chile, Germany, Canada or Finland. Therefore, the main agreement between employers – workers – right – left is the speed and pace of these changes … as has happened in OECD countries. To leave, an urgent political gas station would have to be done to achieve greater social justice; constitutional changes of medium and long term; recovery of ethics, values ​​and citizenship education in school; recovery of "vilified growth"; a strong, efficient and resourceful state; strengthening of the Social Democratic Welfare State; control of narco, vandals and addiction; and The mother of all changes, move on to the semi-presidential regime.

This week will be recorded in our history, not only because of the massive rebellion of the lower and middle classes legitimately outraged, but also as the one in which the vandalism phenomenon acquired a dimension such that its images traveled the world. The text called Social Democratic Democracy of Chile can be downloaded at www.mariowaissbluth.com.

If the surveys are correct, there are between one and two million Chileans older than 14 who approve of violent or criminal methods. I venture an opinion: there is a small anarchist group that operates in Chile for years, which has had the Metro as a preferred target, who took advantage of this social opportunity, which has recruited a couple of thousands of “soldiers of anarchy” of sociopathic profile ( they have nothing to do with the peaceful protesters) who are managing to bring the country, the government, its economy and its international image to its knees.

If the Government fails to identify them, capture them and enclose them, no matter how much social improvements are announced, we will continue indefinitely immersed in this crisis and the cost, in the end and as always, will be paid by the poorest and without resources. By the way, these "soldiers of anarchy" were incubated by Chilean society, and now it is not worth complaining that they are criminals who sent us the wrath of God. In the background is the structural inequality of the current model.

While in Chile poverty in 1990 exceeded 43%, and today is 10%, and the Human Development Index of Chile is by far the best in Latin America, the income distribution (Gini) calculated before taxes is virtually the same to the distribution after taxes and direct transfers from the government to the citizens. Thus, the richest 1% of Chile takes no less than 33% of GDP each year, much more than in the USA and Russia, 20%, which follow us.

On the other extreme, there are the Netherlands and Denmark with 6%. This is aggravated, further irritating people, because white-collar thieves have almost never messed it up in jail, no matter how millionaires they have been. The Penal Code punishes with jail the chicken thief and not the businessman or politician whose scams are measured in millions of chickens.

In terms of resources, OECD countries show a statistically indescribable trend: between 1965 and 2014, as GDP per capita was increasing, from an average of US $ 14,000 to US $ 36,000 per year, the sum of the burden Tax plus social contributions was also continuously increasing from 25% of GDP to 35% on average.

Chile is today like the OECD in 1965, and its future tax trajectory is obvious. As the more educated middle classes demand and demand more benefits from the State, the increase in the tax burden is inevitable. With poverty reduced from 43% to 10% of the population, a new highly vulnerable lower middle class emerged, indebted at 73% of their income, with a permanent risk of falling into poverty. They are the new outraged: a third of the population. Incidentally, increasing the tax burden entails a sine qua non requirement: modernize the State and improve its effectiveness, efficiency and transparency to manage additional resources.

The plans to do so are already quite drawn and are feasible, gradually. It is also emphasized that the current model led to a culture of massively instilled individualism. First me, second me, and others who fuck … which gives the right to cheat or loot, and in peacetime, to leave the bottles of beer dumped in the sand of the beach or collude with the comfort paper.

It also indicates that countries with greater income inequality, regardless of their average per capita income, that is, regardless of whether they are rich or poor countries on average, have worse rates of health, obesity, crime, domestic violence, interpersonal trust, mental illness, teenage pregnancy, life expectancy, and other social ills. Since mental health, crime and interpersonal trust are not measured in GDP, they have not greatly influenced the decisions of economists of any government. They have believed that we are only homo economicus, which basically means that we are all perfectly selfish, rational and relentlessly self-maximized. Big technical error.

Technocrats with technical errors: a paradox. Acemoglu and Robinson are also mentioned, in their masterly book Why do countries fail ?: It is the alliance between some political forces (of all colors) and business, with their tacit or explicit condemnation, which has allowed the "extraction" of resources from one social class to another, in a kind of mega bribery at the systemic level.

For the above reasons, I propose the political and socio-economic inevitability of a social-democratic model for Chile, Germany, Canada or Finland. In a country with the trajectory of inequality and vexations that ours has had, it is the only peaceful route to development. Therefore, the main agreement between employers – workers – right – left is the speed and pace of these changes … as has happened in OECD countries.

In the text, social democracy is defined as a different model of market capitalism, in which the tax burden is greater, and these additional resources are managed efficiently by the State, either to redistribute to the poorest, or to offer the middle class services that they would not get otherwise.

In order to move to social democracy in the Chilean case, eight strategic pillars are defined here:

1. Urgent political gastronomy: To achieve greater social justice and eliminate irritants from the current situation, one would have to formally commit to: a) complete the implementation of all the Engel Commission proposals; b) eliminate the indefinite reelection of parliamentarians and mayors; c) increase the duration of the presidential term, an essential source of demagogic attitudes; d) rapid reform of the Criminal Code, to punish white-collar criminals more draconianly; e) obligation to transparent ownership of all companies; h) validate the civil and criminal liability of companies and their directors; i) deepen the timid economic relief that the last announcements represented, using the broad debt capacity of the treasury.

2. Constitutional changes of medium and long term: With more time, which will inevitably take it, there are many issues to be addressed in a new Constitution, in terms of the balance and distribution of political power, basic social rights, property rights over the territory, autonomies of indigenous peoples, among others. This does not have to "compete" with several laws of obvious constitutional rank and fast processing.

3. Recovery of ethics, values ​​and citizen education in the school: Four quick and indispensable measures are postulated: a) to strengthen the pedagogy schools with many resources, particularly those of nursery educators; b) increase the salary of nursery educators even more than the provisions of the Teaching Career Law, so as to make it a profession as attractive as possible; c) create a true school management career; and d) to massify the method of “peer tutoring”, which is already being used successfully in Chile on a small scale, which would improve the learning of curricular topics, and more importantly, the skills for the 21st century, such as empathy, Ethics and values.

4. Recovery of “vilified growth”: For a middle-income country, resources will not be enough even with tax reform. Our labor productivity is very low. The National Productivity Commission has developed many useful proposals, which have been insufficiently addressed by successive governments.

5. A strong, efficient and resourceful State: One of the pillars of the social democratic model is a tax reform that goes, slowly and progressively, increasing the resources that the state can spend on redistribution and / or the improvement in the services it provides to citizenship. On the other hand, the Chilean State must give guarantees that it will spend those resources well, to provide quality services, eliminate long 4 queues and waiting lists and eternal procedures, and to gain the trust and credibility of citizens. The modernization of the State is indispensable and there is already enough clarity on how to do it.

6. Strengthening the Social Democratic Welfare State: It is vital to open a citizen consultation process to prioritize the public goods that citizens require. It is the most important consultative and participatory process, before the constitution: the elaboration of a long-term and binding social pact, in which the rhythm and amount of the tax reforms are agreed, as well as the citizen services that these resources may finance.

7. Control of narco, vandals and addiction :. They are our main threat. We still have time to control this scourge with great energy, but we have little left. On the other hand, the fight against alcohol and drug use has already been successfully tested in Iceland, with little progress here and there is no reason not to massify it.

8. The mother of all changes: semi-presidential regime: This constitutional formula avoids the problem of the duration of the periods of government. It has the advantage that it "forces" the Executive Power to govern with a parliament that is favorable to it. It has been proposed by a plural group of senators, such as Andrés Allamand, Carlos Montes, Hernán Larraín, Felipe Harboe and Andrés Zaldívar.

In a hyper-presidential regime like Chile, in democracy, the President of the Republic is the only one who could advance at the maximum possible speed in these matters, hopefully they are more easily consensual than before in the current Congress. It is your challenge to transform the crisis, from serious threat, to historical opportunity