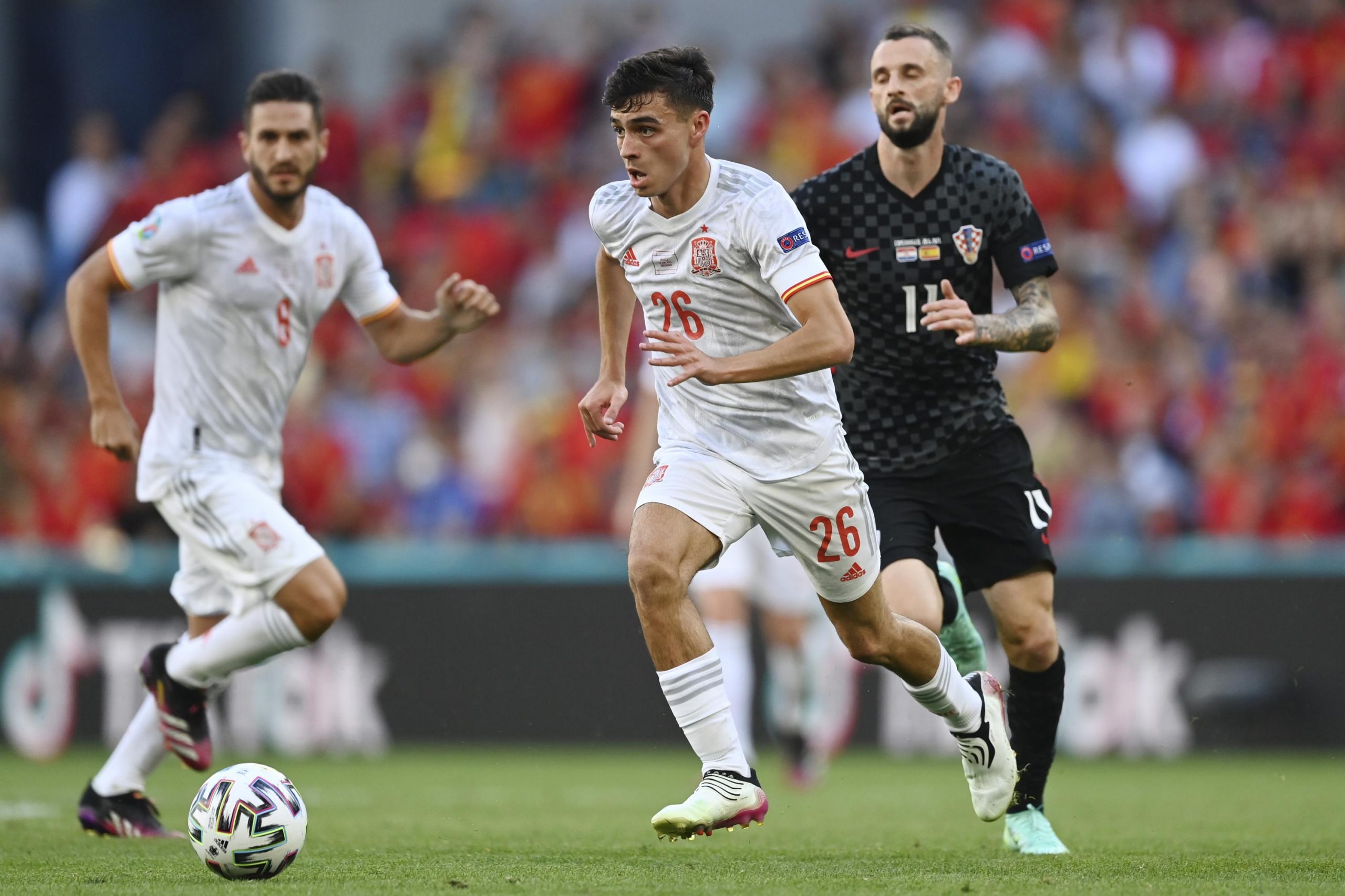 SAINT PETERSBURG, Russia (AP) – Spain is aiming for a big title from a skilled and creative Barcelona player, who pulls the team’s strings from midfield.

Except this time it is not Xavi Hernández and Andrés Iniesta who put the team on their shoulders, but Pedri González, a boy who at 18 is already a key player in both Barcelona and La Roja.

Comparisons with Xavi and Iniesta are inevitable and will increase if Spain is crowned champion of the Euro, as it did in 2008 and 2012, when the two Barça idols, main references of the golden era of the Spanish team, played.

Pedri, who moves more than anything to the left but is increasingly looser and appears in other sectors, made his debut for the national team in March and it did not take him long to win the title. He is the player who created the most dangerous situations (10) and the one who made the most passes on the opponent’s field (233) in the tournament.

He is also one of only two players who have played every minute of all the matches that Spain has played in Euro 2020, with the exception of the goalkeeper.

“Pedri is unique, totally different,” said coach Luis Enrique. “The same freshness is inside and outside. He has a lot of sarcasm. I see him fresh even when he plays ping-pong, which he does very well ”.

Pedri was undaunted when he made a back pass from near midfield that goalkeeper Unai Simón couldn’t control and gave Croatia a 1-0 lead in the round of 16. On the contrary, he redoubled his efforts and was the figure of the field, against a seasoned rival, a finalist in the last World Cup and with a midfield led by Luka Modric.

With their contribution, Spain prevailed 5-3 in an extension. It was their second game in a row with five goals, as they had come from crushing Slovakia 5-0 at the close of the group stage.

Pedri’s technique, his vision and his ability to pass the ball are surprising for someone his age. He has just completed his first season with Barsa, who came from Las Palmas, and has played 60 games for his club and the national team this season.

The team that will participate in the Tokyo Olympic tournament will also be summoned.

While Enrique can count on Pedri again, Switzerland will miss their captain Granit Xhaka, who is suspended due to accumulated bookings.

Xhaka was chosen the best player of the match as Switzerland drew 3-3 with France, then eliminated on penalties in the round of 16.

It remains to be seen whether the Swiss got off the cloud they ascended to after their unexpected victory over France.

“We will never forget this match,” said midfielder Remo Freuler. “It was a magical night.”

Both teams have come from playing extensions only four days ago, but Luis Enrique has more top-level players to face the wear and tear.

Fatigue is taking its toll on many teams after a grueling season, with many games together due to the coronavirus pandemic, and substitutes are often determining the outcome.

“It’s going to be very difficult,” said Luis Enrique, praising the Swiss on Thursday. “As a block, they are one of the best in the Eurocup, at our level, because of how they press and attack.”