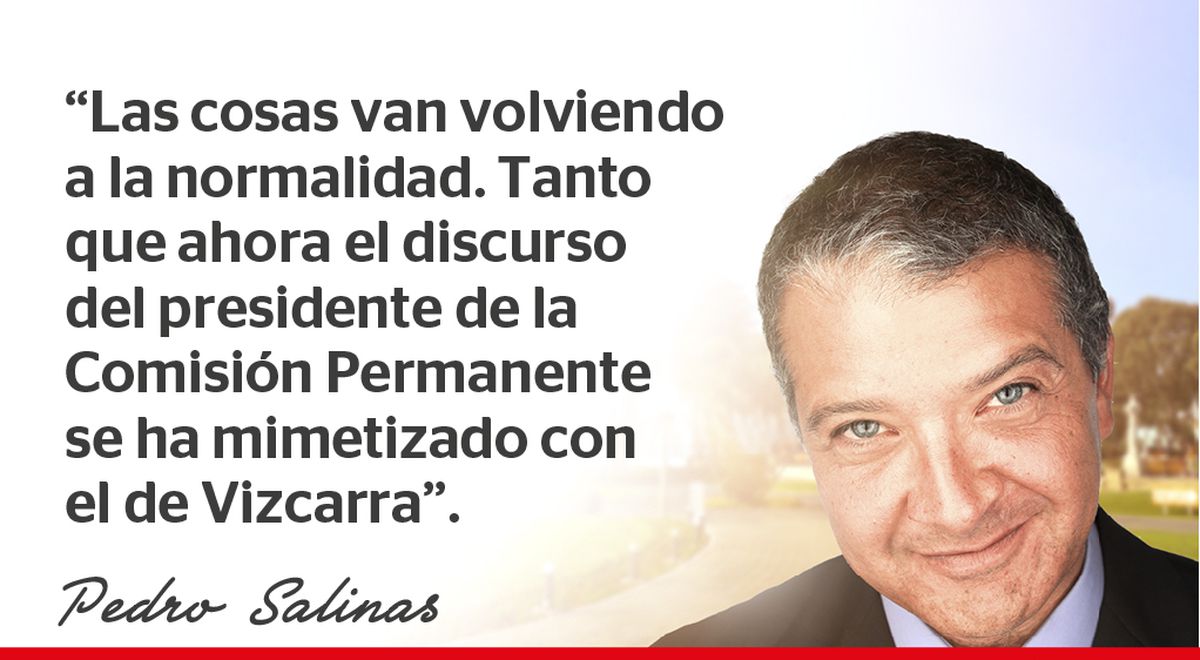 Pedro Olaechea Álvarez-Calderón is an involuntary jester. In his parallel world he wants us to believe that the constitutional dissolution of President Vizcarra is comparable to a coup d'etat or a blow to democracy. It is curious that the coup players always try to pass now as champions of the rule of law.

Those of us who remember April 5 and the images of tanks in the streets and house arrests and kidnappings of journalists and opposition politicians and the media outlets and the main institutions of the country can not stop smiling with sarcasm when listening to the spokesmen of Fujimori. Including, by the way, Cardinal Juan Luis Cipriani, who is another of those infected with the virus that we live under the splint of a tyranny. Or something like that.

And then, without pause, Olaechea making a fool of himself here and there, before the international press. No one believes him. Everyone destroys him. To the point of silencing it, and you see, things are returning to normal. So much so that now the speech of the president of the Permanent Commission has merged with that of Vizcarra.

“I propose to the president (he no longer calls him“ dictator ”) that we go out by the Constitution. You quit, we all quit and call elections immediately (…) We do not fear the people, ”he said at a press conference surrounded by other harlequins and harlequins of orange color.

What things. A week before this statement, the bank of unpresentables that uses Olaechea as a bow mask, or straw man, choose the metaphor, filed and threw out the advance of elections. And they no longer know what to do to attract attention and magnetize other Ciprianis and other clueless people who claim that the constitutional order has been broken, and they repeat as cockatoos the changing discourse of Fujimori.

Whatever. It is only a small group of nostalgic cartoonist Fujimorists who remain trapped like flies on an adhesive tape, as a result of the dictates of a leader who imposes the most absurd and suicidal orders from the Santa Monica prison.

They already know. Learn it well. This can happen again if in January we voted badly again. Fujimorism never again.