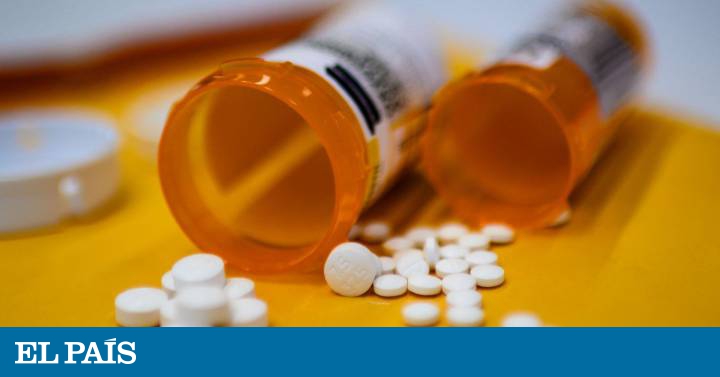 Just an hour after the first opiate trial in Cleveland (Ohio) began in federal court – an unprecedented fact – four of the five defendant companies reached an agreement for 260 million dollars. The only company that abstained from the pact reached early on Monday was Walgreens, the retail pharmacy chain, which will face a trial on a date to be announced shortly. If carried out, it will be the first of a series of litigation against pharmacists, distributors and pharmacies to pay for the economic cost of the opioid crisis in the United States.

Federal judge Dan Polster, in charge of the macrocause, chose Cleveland to open it because Ohio is one of the states most affected by overdose deaths, with 46 per 100,000 inhabitants.

This agreement in extremis allows the pharmaceutical industry to buy time. It still has to deal with the nearly 2,500 pending lawsuits nationwide. Judge Polster has failed so far in his attempt to reach a macro-settlement for 50 billion dollars to settle the thousands of coup demands. "I did not encourage just one agreement just to resolve this case," the judge lamented yesterday. Last Friday he summoned the directors of the accused companies and the lawyers of the demanantes. After 11 hours of negotiation, they did not reach port.

The trial was going to face the counties of Cuyahoga (Cleveland) and Summit (Akron) with the pharmaceutical company Teva Pharmaceuticals and the three largest distributors of medicines in the US: McKesson, Cardinal Health and AmerisourceBergen. Initially, six other companies were charged, but they reached out-of-court settlements with the plaintiffs: the Johnson & Johnson conglomerate agreed in early October for compensation of $ 20.4 million with the two counties. Walgreens, the only one that has not agreed, defended in a statement that distributed opioids only to its pharmacies: "We never sold to online pharmacies or to the factories that fueled the national crisis."

The suspended trial is not only relevant for being the first in federal court; in addition, the sentence that the defendants received was going to serve as an example in the coming trials.
The agreement reached this morning is far from the eight billion dollars the counties were looking for. Distributors AmerisourceBergen, Cardinal Health and McKesson have pledged to pay a total of $ 215 million, said Hunter Shkolnik, a Cuyahoga County attorney. The pharmaceutical company Teva will disburse 20 million in cash and 25 million in Suboxone, a medicine used to treat opioid addiction. The New York Times anticipates that people close to the case claim that an agreement would have been reached to settle the thousands of lawsuits, but Judge Polster only confirms that the pact resolves the Ohio case.

The plaintiffs – mostly counties, cities or states – accuse the pharmaceutical industry of cheating their customers by marketing opioids with messages that minimized their risks, and distributors of not detecting or stopping suspicious orders (by their magnitude or frequency) at Drug Control Administration. The public health crisis triggered by opioid addiction has claimed 400,000 lives in the United States between 1997 and 2017.