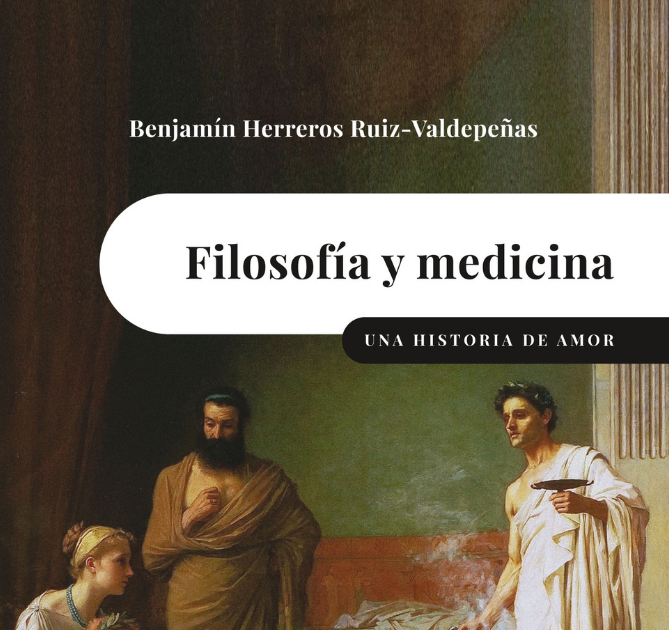 In Philosophy and Medicine. A love story, Benjamín Herreros, doctor and graduate in Philosophy, explains the union and the disagreements of both disciplines throughout history and the need that each one has for the other. The book, with a foreword by the philosopher Javier Sádaba, clearly and entertainingly shows all their common points and interests and why they should go hand in hand.

What is the relationship between philosophy and medicine? Are they two parallel or convergent disciplines? They are very close, they have great ties to each other, starting with ethics. Ethical dilemmas in medicine are very common. They have led to the development of a field such as clinical ethics or bioethics “, says Benjamin Herreros, author of Philosophy and Medicine. A love story, Taugenit’s new title. “Its importance has led to it being incorporated into training plans, centers for its study have been established, or ethics committees have proliferated in health centers. Today’s medicine is very complex, and ethical conflicts, habitual and difficult to resolve.

But this relationship is not something new now; it comes from far away. In fact, philosophy and medicine were born together. Aristotle, for example, was not a doctor, but his father was, and in his writings he makes numerous references to medicine. Both disciplines were born and began to grow hand in hand, until heartbreak came and they grew apart.

Since its origin, philosophy and medicine have been in continuous interaction, with their comings and goings, their loves and their disagreements, but it has been in the last two centuries that they have gradually become more separated. An artificial distancing that has occurred between the sciences and the humanities in general, and more intensely between medicine and philosophy.

Benjamín Herreros makes in this book a clarifying and entertaining journey through the causes of this disagreement, such as the power of religion, when the Church entrusted the soul to philosophy and the body to medicine. Herreros introduces us to the historical relationship between the sciences and the humanities, details the usefulness and importance of medicine for philosophy and vice versa, of philosophy for medicine, and analyzes the problems halfway between the two, such as the concept of person, the body-soul dialectic, neuroethics or death.

«Medicine is more than a technique. It is a vocation that speaks of our common humanity, ”says Joseph J. Fins, Honorary Scholar at the Royal Spanish Academy of Medicine, professor of medicine and head of the Department of Medical Ethics at Weill Cornell Medical College in New York. In Philosophy and Medicine. A love story, Dr. Benjamín Herreros has eloquently captured the relationship and symbiosis that exists between the two. With accessible and elegant writing, Herreros has written a wonderful book, in the best tradition of Sir William Osler and Don Gregorio Marañón. This volume should be in the library of all thoughtful physicians who want to understand their patients, the nature of healing, and the values ​​that inform the art and science of medicine.

Medicine and philosophy. A Love Story is a book intended for a wide variety of readers: doctors, health professionals, and scientists interested in the humanities, but also philosophers, humanists, and anyone interested in looking at the science of the human body and spirit.

«Benjamin Herreros’s book is a good book. It is, first of all, because it is original, current, it is read with pleasure and it is learned. And it places a bridge between those two shores, unfortunately so separate in our country as are the sciences and the humanities. Javier Sádaba, philosopher

Benjamín Herreros Ruiz-Valdepeñas studied Medicine at the Complutense University of Madrid and specialized in internal medicine and legal and forensic medicine. He did a doctorate in the History of Science program at the UCM, which brought him closer to bioethics and the medical humanities and led him to graduate in Philosophy at UNED. He is an internist at the Alcorcón Foundation University Hospital (Madrid), he has been a teacher in bioethics, medical humanities and legal medicine at the European and Complutense universities of Madrid, where he coordinates the subject of Cinema and Medicine. He is currently director of the Francisco Vallés Institute of Clinical Ethics (European University) and of the Master in Clinical Bioethics of the Menéndez Pelayo International University-Ortega Marañón Foundation.