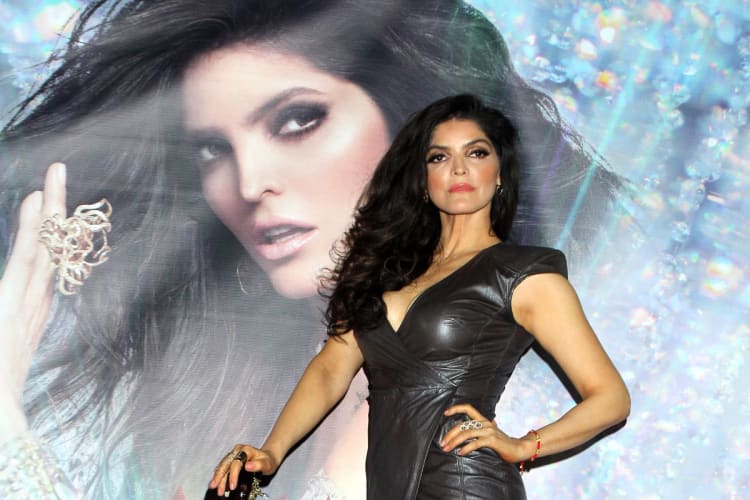 Ana Barbara is known for having a spectacular body, which as any woman likes to show off this time she did it with a transparent garment.

The photograph has gone viral since looking so elegant with this garment it does not stop drawing attention for its total transparency.

Long sleeves, high neck and long to the floor added to an opening in the back which shows off her high Ana Barbara shoes looked really spectacular.

You may be interested: Ana Barbara shows off her figure wearing a tiny bikini

Excited because “someone” would take her for a walk as the interpreter of “How do I need you” looked resplendent with her outfit.

The dress is a garment of the designer Yousef Aljasmi originally from Kuwait who in several of his models uses the pieces with a lot of brightness, which look a lot when passing near a light because they illuminate and make a woman feel powerful.

Ana Bárbara is not the only one who has used the designer’s garments, the Paris Hilton socialite and the singers Beyonce, Lady Gaga and Celine Dion join the list of personalities who love glitters.

“Yousef Aljasmi celebrates the form and beauty of women by creating unique and detailed pieces that exude elegance, so that women feel beautiful from the inside out,” part of the introduction of the designer’s page.

Ana Bárbara looks beautiful in Yousef’s garment, Andrea Escalona commented on the image of the singer practically “in love” we assume that because of the beautiful dress since she shared several “little faces with heart eyes”.

The singer and judge of the program “I have a lot of talent” attended a gala party with her 19-year-old son, Emiliano, who also looked pretty handsome like her mother and being the grandson of singer-songwriter Joan Sebastian inherited her beautiful green eyes.