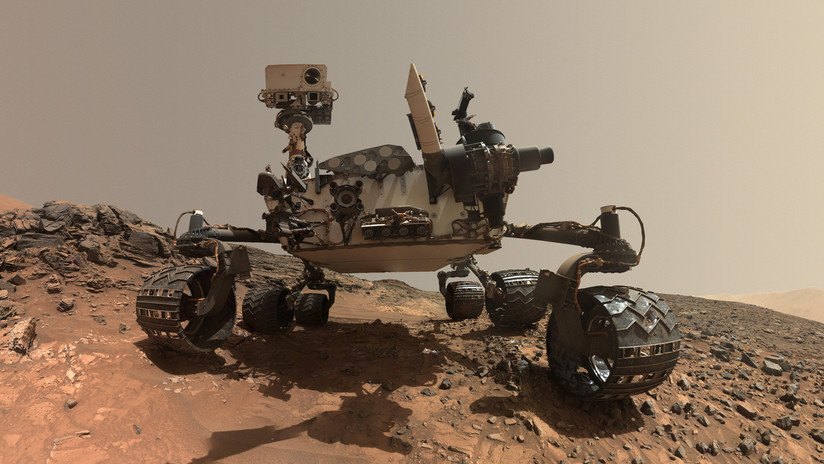 Recent research based on data collected by NASA's Curiosity rover, which explores the surface of Mars, reveals that the sediments of the Gale crater contain high levels of sulfates and suggests that 3.5 billion years ago salt water deposits existed there, which They evaporated due to climatic fluctuations.

According to the study published in the journal Nature Geoscience, experts have analyzed the measurements made by the Curiosity at that point of the red planet in 2017, and discovered traces of a system of lakes and streams with a large amount of salts, especially sulfates from calcium and magnesium, which disappeared when the Martian atmosphere moved from its ancient moisture to the frozen desert that it is now.

"We know that during that period, the environment around Mars was changing dramatically. Its atmosphere was actively eroded due to solar wind," William Rapin of the California Institute of Technology and research leader told AFP. "We are convinced that this profoundly altered its climate," he added.

The salts were found in a section of rocks called "Sutton Island", at a height of 150 meters. Researchers have compared this territory with the South American Highlands, where saline lakes are fed by streams and mountain rivers and are influenced by climatic changes.

"During the drier periods, the Altiplano lakes become less deep and some can dry completely," Rapin said.

This finding, he said, leads scientists to inquire how long this transition went on and to wonder about the other possible piece of the "enigma": "When and for how long was Mars able to sustain forms of microbial life on its surface?" .

Facts about the Curiosity

It is the largest robot landed on another planet and uses 17 cameras. It was launched in November 2011 and reached Mars in August 2012. The rover landed in the Gale crater, whose structure is of special interest because it has a high mountain in its half, with many layers of rock that allow to study the history of water on the red planet.