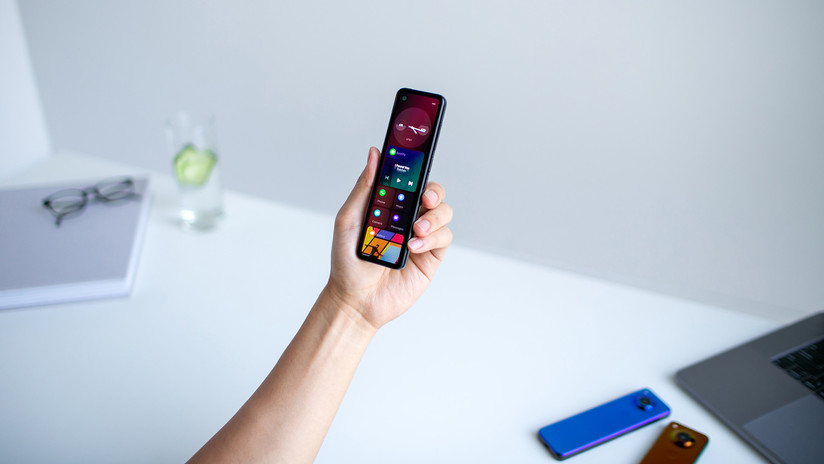 Essential Products, a company led by Andy Rubin, former director and co-creator of Android, has shown a new smartphone whose radical design has given what to talk about in social networks.

It is a 'smartphone' in development that at the moment is known as Project GEM, characterized by being relatively small but with an unusually thin and elongated design.

Photos and videos shared on Twitter by Rubin show that the new mobile has a special user interface that has been adapted to the shape of the device.

One of the most striking features, however, is that the mobile changes color depending on the angle of the observed, thanks to its 'GEM Colorshift material' technology.

"Project GEM is now in initial tests outside the laboratory with our team. We hope to share more in the near future," the Essential company said without providing further details.

The company, founded in 2015, had discontinued the production of another phone model with modular features at the end of 2018 after not reaching greater popularity among consumers.

In October of that year, however, Essential reported being working on a new 'smartphone' with artificial intelligence capabilities to perform a large number of functions without notifying its owner.