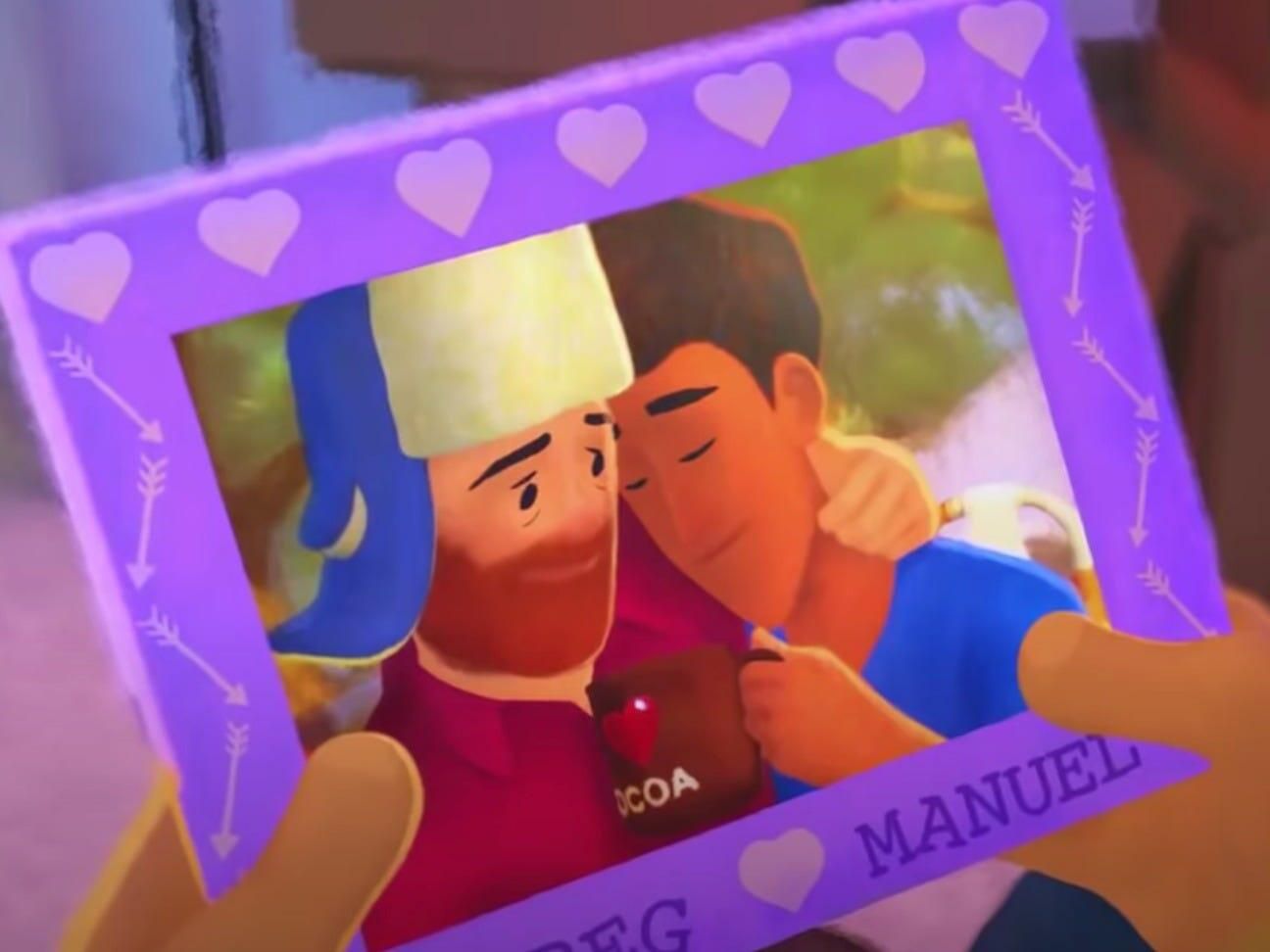 ‘Out’ is part of Pixar’s SparkShorts short film series
Pixar
Pixar premiered on Friday, May 22, on the Disney Plus streaming platform, the animated short film Out, the first title produced by Pixar with an LGBTQ character as the protagonist. The short is part of the SparkShorts series of short films, an experimental initiative that gives Pixar employees the opportunity to tell personal stories in their own way, experimenting with new animation techniques.
Written and directed by Steven Clay Hunter, Out tells the following story, according to his official synopsis: “On a typical day, Greg’s life is filled with family, love, and a riotous puppy; but Greg still has a secret. Today, however, is different. With the help of his precocious cub and a bit of magic, Greg could learn that he has nothing to hide. “Pixar already included an LGBTQ character in one of his films: Cyclops Police Spector, a the one that the actress Lena Waithe contributed her voice in English in Onward (2020). And in Disney’s Zootopia (2016), a couple of same-sex antelopes are seen on the street living together. But the Out short is the first on Pixar to give the leading role to an LGBTQ character.

Toy Story 4: How the actors’ voices were recorded


Out is the seventh animated short film in the SparkShorts series. The first three were released in early 2019, before Disney Plus: Purl debuted, on a ball of wool very excited on his first day of work; Smash and Grab, which is about two robots that decide to get rid of the heavy and routine task of feeding the boiler of a locomotive, and Kitbull, nominated for the Oscar for best animated short in 2020 and that tells the story of the curious friendship between a cat and a dog.For now, Out can only be seen on Disney Plus, in all markets where the service is available.


CNET Pop is your source of information with the best of cinema and TV series.