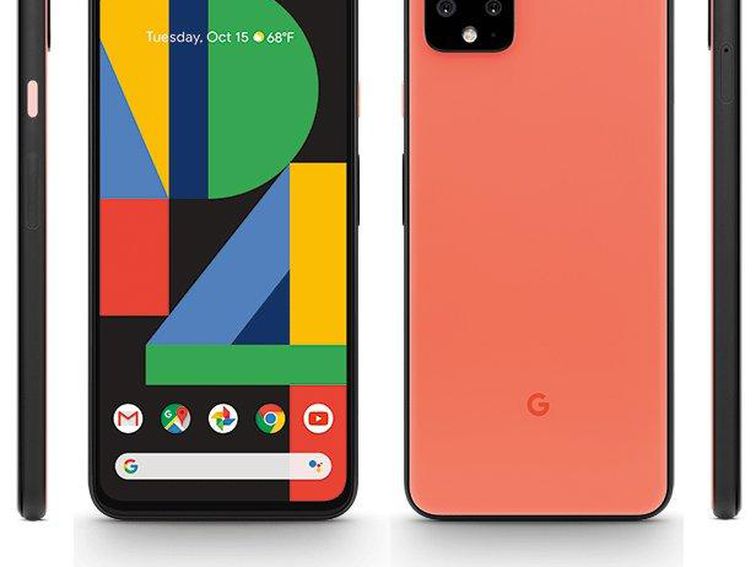 The Pixel 4 XL in orange is really pretty.

The leaks on the next Google phones are the order of the day.

On October 2 we saw several leaks on the Pixel 4, the first of which has to do with its design. That day, the renowned leaker Evan Blass (@evleaks on Twitter), posted on twitter

new computer images of the Pixel 4 that look identical to the ones Blass published a few days ago. The only difference is that now it shows us the XL model in two color variants: white and (the expected) orange.

While these renderings of the Pixel 4 XL do not bring anything new, they serve as confirmation of what we have already seen and heard before. But in addition to the computer images of Evan Blass, 9to5Google published two reports on the characteristics of the phones.

First, 9to5Google published an alleged promotional video of the Pixel 4 in which you can see how the facial recognition system, Face Unlock, works in Pixel 4. According to the video, it seems that Face Unlock in Pixel 4 will be very fast, almost immediately, something that is not surprising since Google has been working on this system for some time that will operate with the Project Soli chip. This is the same system that will give the phone the possibility of incorporating hand gesture functions as a way to interact with the system and some compatible applications.

The same site also published another promotional video that would confirm the existence of a double exposure system for the Pixel 4 camera. This system would help to improve the result of the photo regardless of the ambient lighting, by allowing them to adjust simultaneously Lights and shadows before shooting.

All these leaks could be confirmed – or not – on October 15 during the special Made by Google event in New York, where CNET will attend in Spanish to bring you all the news.

Pixel 3A, 3A XL: 5 reasons to buy these devices