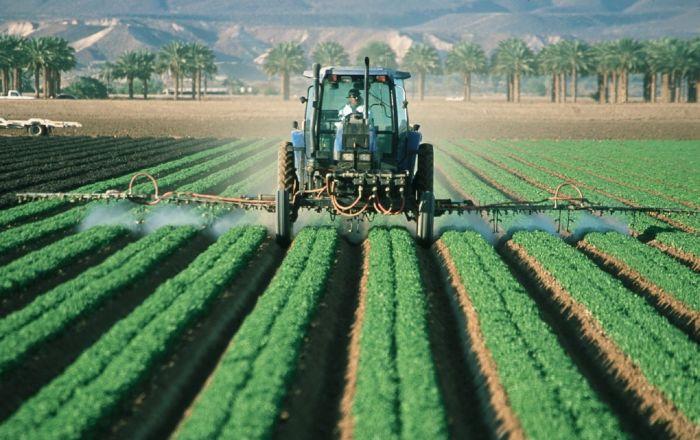 In the United States, where glyphosate was created in 1974, there are tens of thousands of complaints about its toxicity. Austria banned its use, while France and Germany analyze eradicating it by 2023. But in Argentina it is considered "safe" and there are those who promote its use even near schools.

Sprayed from the air, filtered in the courses of water and underground napas, ingested by mouth in food. Only plants that grow from transgenic seeds are immune to poison, designed to resist these chemicals that kill all other weeds and, so cheap, they are everywhere. Its creators deny the effects on humans and put the blame on the misuse of the most used herbicide in the world.

There are numerous cases of children and adults in the areas of intense planting of the country – such as the provinces of Buenos Aires, Córdoba, Santa Fe, Entre Ríos and La Pampa – who develop fatal diseases, malformations and spontaneous abortions after years of exposure to glyphosate, which is used indiscriminately in the absence of regulatory laws and upon which both the massive scale harvest and the quality of the export product par excellence of Argentina depend.

The referents and civil society organizations blame the silence and complicity of the national and municipal authorities of all political flags, which look the other way in the multimillion dollar business of agricultural producers and laboratories, whose former managers and leaders even hold the positions audiences who should monitor them.

The denunciations in Argentina of the rural towns contaminated by glyphosate and other agrochemicals are not new, they accumulate years of claims and state disinterest. Last week, the support of some of the most powerful figures in the entertainment world, such as TV conductor Marcelo Tinelli, returned to public scrutiny the debate on the danger of these products and the effects on the health and life of the population .

Argentina has the highest average use of glyphosate per capita in the world: more than 7 liters per year per person. USA does not reach 0.5 liters. In 2 decades here it went from 20 million liters of agrochemicals to almost 400 million. What care of people and environment are they talking about?

Since the late 1990s, in the large fields of the so-called 'wet pampas', in the central and eastern area of ​​Argentina, feed-lots for cattle began to proliferate and the land for cultivation was enhanced.

With the primacy of transgenic soybeans, from the increase in its international value, the country became in the last two decades one of the main producers of this grain and its derivatives. Today it ranks third behind the US and Brazil.

The almost ubiquitous use of genetically modified soybeans – developed by the Monsanto laboratory, owned since mid-2018 by the giant Bayer AG – comes from the use of its herbicide Roundup, which contains glyphosate. Since 2000, when the patent expired, other brands also sell similar products.

In the last 24 years, the use of agrochemicals has increased from 30 million to 400 million liters, although this would be according to the average surface area produced. Japan and many of the countries in Europe are the main consumers in the kilogram per hectare ratio. According to a study conducted in 2014 by the Argentine Ministry of Health, trade in plant protection products increased 48.7% between 2002 and 2008.

Politics and science, the extension of the controversy

In March 2015, the herbicide was classified by the International Agency for Research against Cancer (IARC), which depends on the World Health Organization (WHO), as "probably carcinogenic to humans."

However, the US Environmental Protection Agency (EPA) and the European Food Safety Authority (EFSA) do not share this position. Monsanto ensures that, if the product is used following the recommendations of the label, "its use does not present risks to human, animal or environmental health" since "residual glyphosate is broken down into substances such as carbon dioxide and phosphate. "

In July 2016, an investigation by the National Council of Scientific and Technical Research (Conicet) and the National University of La Plata (UNLP) confirmed that the Paraná River, which flows into the Río de la Plata and is the second most important basin of South America is severely contaminated with glyphosate and its degradation components.

Different international independent scientific studies have linked the consequences of glyphosate exposure to the production of genetic malformations and problems in the uptake of nutrients in the mammalian organism.

In January 2019, the journal ScienceDirect published an investigation that related glyphosate exposure to a 41% increase in the likelihood of developing non-Hodgkin lymphoma.

In 2016, after four years of struggle by the residents of Malvinas Argentinas, in the province of Córdoba, against the installation of a Monsanto grain processing plant, the multinational decided to sell the land and continue its operations from its locations in Rojas, province of Buenos Aires.

Thanks to an ordinance that eliminated the exclusion zones, signed on December 17, 2018 by the Minister of Agribusiness of the province of Buenos Aires, Leonardo Sarquis, agricultural producers do not have impediments to apply agro-toxic products, even in Buenos Aires schools . Sarquis was manager of Monsanto for Argentina, Uruguay and Paraguay between 2005 and 2007.

In October 2019, the Justice of the province of Entre Ríos ratified the protection of rural schools and prohibited spraying less than 1,000 meters when the application is terrestrial and less than 3,000 meters when it is aerial. The sanction left without effect a decree of the Peronist governor Gustavo Bordet that reduced the perimeter of exclusion to 100 meters.

That same month, the Patagonian province of Chubut became the first Argentine district to officially ban the manufacture, marketing and use of glyphosate throughout its territory. The law was passed by the local legislature unanimously and the questioned Peronist governor Mariano Arcioni, who had said he would veto it, finally abstained.