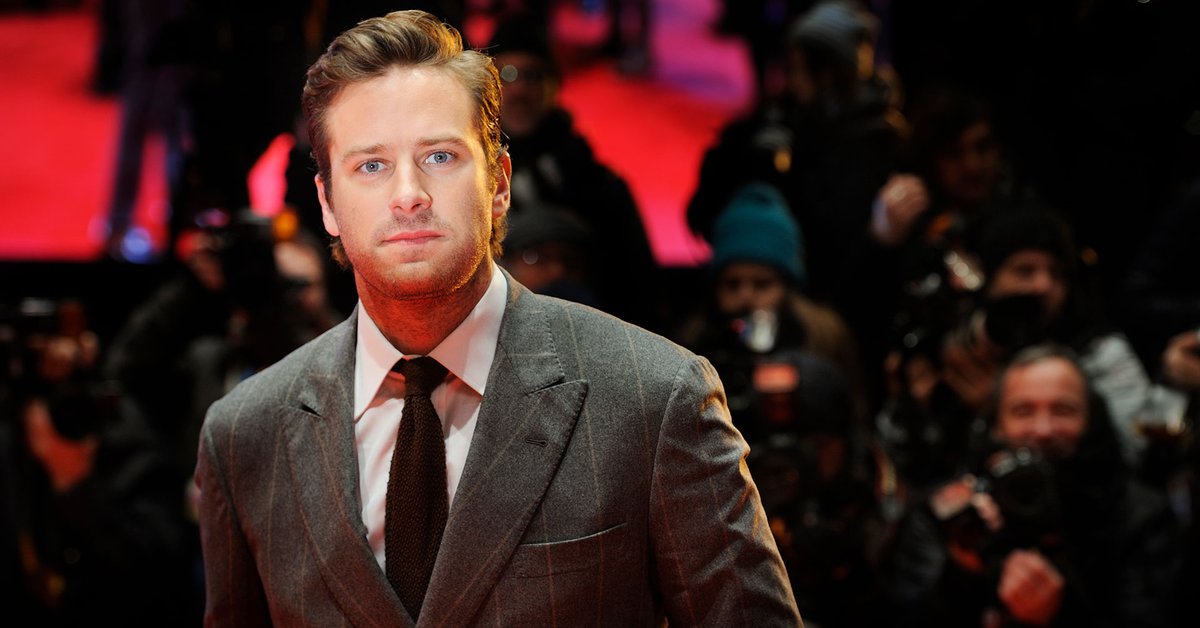 Despite rumors that the actor was on the list of suspects in a murder case, authorities denied any relationship with Armie Hammer is a police investigation that takes place in the community of Wonder Valley, California, after the appearance of human remains.

The San Bernardino County Sheriff’s Office told The Sun that the Hollywood actor is not being investigated for the unidentified remains, which were found on January 31. Armie Hammer’s name has not come up as a suspect at all. We have no plans to investigate it, ”a spokesman told the newspaper.

Hammer’s relationship with the case began when it began to circulate on the networks that the actor had been working on the construction of a friend’s hotel in a nearby area where the human remains were found.

Hammer, 34, is in the limelight for allegations of sexual assault and cannibalistic fantasies made by former partners.

After the accusations, the actor had to abandon several projects in film and television; the romantic comedy “Shotgun Wedding”, in which he would share credits with Jennifer Lopez, and the Paramount + series, “The Offer”, about the making of the film “The Godfather.”

According to Variety magazine, William Morris Endeavor (WME), the talent agency that ran him, ended its relationship with the actor, and his personal publicist would also have terminated his employment relationship with Hammer.

The American interpreter finds himself in the middle of a public divorce with the television presenter, journalist and entrepreneur Elizabeth Chambers, with whom he has two young children.

Chambers broke his silence about the controversy that has surrounded the actor in recent weeks. Last Monday, February 1, he shared a text in which he revealed that he has taken time to process the information that came to light about his ex. “I am shocked, heartbroken and devastated. Anguish aside, I am listening and will continue to listen and educate myself on these sensitive issues. I did not realize how much I did not know, “he said in the letter.

And he assured that he supports those who have been victims of sexual assault and even encouraged them to seek the necessary help. “I urge anyone who has experienced this pain to seek the help they need to heal. At this time, I will not comment further on this matter, “he added.

Chambers said his priority is his daughter Harper Grace, 6, and his son, 4, Ford Douglas Armand. “My only focus and attention will continue to be on our children, my work and the health of this incredibly difficult time,” he stated.

Hammer’s ex-partner Paige Lorenze spoke about her traumatic four-month relationship with the actor. The 22-year-old revealed that the actor sent photos of her to friends, without their consent, and that he once used a sharp knife to carve the initial of her name during a sex game.

Lorenze also said that Hammer allegedly learned how to tie women by practicing with mannequins that he kept in the basement of the $ 5.8 million home he shared with his ex-wife and two children in Los Angeles.

Courtney Vucekovich, another former girlfriend of the actor, said the movie star was fond of “master-slave fetishes” and expressed that she wanted to “break and eat his ribs.” He also confessed that he manipulated her into playing on his twisted fantasies and that he often fantasized about cannibalism.

“He is a very charming and intense human being. But once you start talking to him, he’s pretty aggressive from the start. Not violent, but sexually aggressive in the way he talks, ” Vucekovich told the Daily Mail. He continued: “It’s magnetic, but that has helped him get away with it. He has a charming personality. He is very affectionate, he makes you feel very safe and on top of the world. Then, little by little, it gets darker ”.

After the controversy for his behavior, Armie Hammer left the project of “The Godfather”

Armie Hammer broke the silence about the disturbing accusations against him

Perverse sex games and the letter A etched into the skin with a knife: the chilling revelations of an ex-girlfriend of Armie Hammer